I've moved to a new schedule for summer term where I work four ten-hour days Monday through Thursday, with Fridays off.  That means I get to play all weekend with my friends but I still get a full day to work in the yard and get my garden therapy.

This section is in between the new hillock and the area where I found the hatch with all that buried concrete.  I wanted to remove the grass and mulch it and put more plants in so I'd have one uninterrupted stretch of landscape along the new fence. 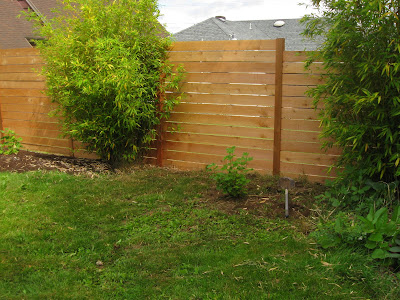 But there was basically a field of dock (Rumex) which looks like this: 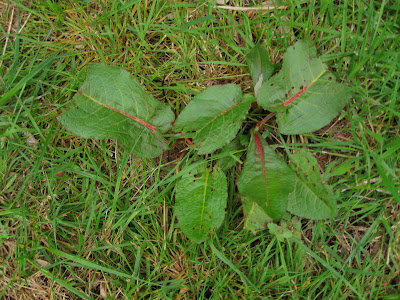 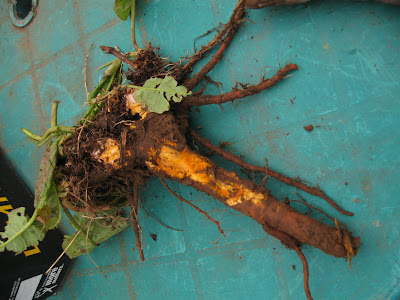 You have to dig them out with a shovel because they're HUGE.  It sucks.  Short of rototilling that area, I didn't see any way to eradicate it without using herbicides.  My last ditch effort was to put down an insanely thick layer of newspaper under the mulch in an attempt to choke out the dock.

A side note: Newspaper is awesome for weed suppression until the neighborhood cats cruise into your yard and think, "Phenomenal. She built a gigantic litter box for us."  Their digging exposes the underlying newspaper and the bark dust gets flung around.  I love animals but outdoor cats can suck it. 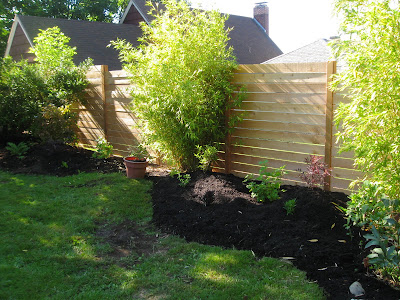 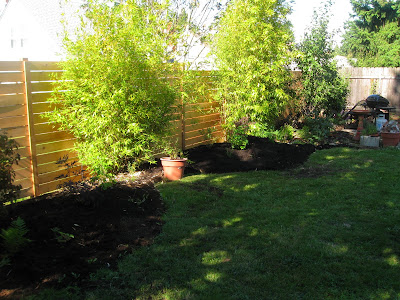 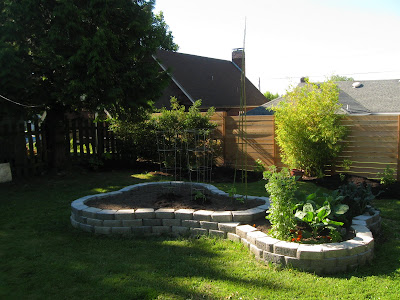 Lelo had recommended that I goth up my garden by adding some dark dramatic plants to break up the green.  Black lace elderberry, dark purple euphorbia, and black tulips should do the trick. The fact that you can make wine from elderberries had nothing to do with this decision, I swear. 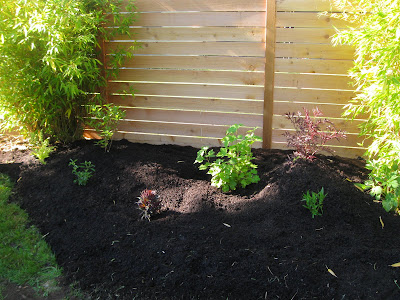 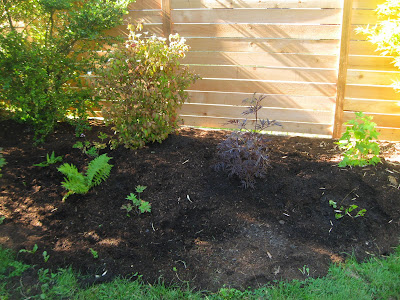 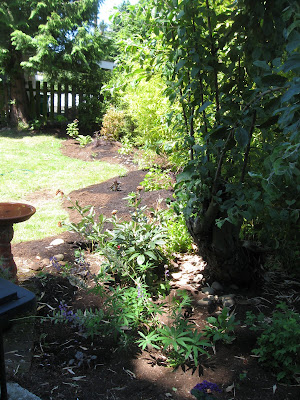 Despite all the hillocks and topography I'm building, that mountain of dirt out front isn't shrinking.  I'm starting to suspect it's multiplying at night.  I found a bottle of scotch lying next to the dirt pile the other morning.  I can only assume that the dirt pile is getting drunk and amoral while I sleep.
Posted by Heather