Have you heard the good word?

Hey guys, did I miss anything while I was off, not blogging? Hoo, everything is terrible, no? I’m a weird one in that I don’t always find solace in my garden when times are tough. For a lot of reasons (terrible neighbors, forest fire smoke, an inexplicably bad ant year) I didn’t do much in the garden in 2020. I didn't buy any plants or complete any big projects. I hid in the house and watched RuPaul’s Drag Race like the bible tells us to do in difficult times. It made me feel better, even if Greg wishes I’d stop calling him “hunty.”

By the time 2021 and vaccines rolled around I was ready for Hot Garden Summer. But jesus, NOT LIKE THAT. The heat dome hit at the end of June and really crisped the shit out of the garden. Our back garden measured a top temperature of 115.5. It was terrible. 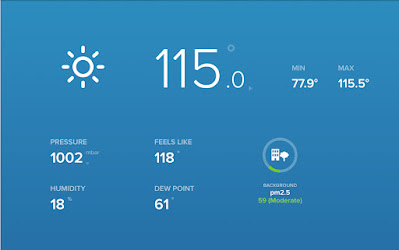 Good thing we’ve introduced a never-ending source of joy into our lives: palm trees. Much like coconut oil in 2015, they work in any application and cure any ailment. I grew up in an area where they are ubiquitous in Safeway parking lots and gas stations, so I took them for granted for many years. At some point I came around and in 2018 we bought some 1 gallon Trachycarpus wagnerianus from Rare Plant Research. By 2021 they were still pretty small and I decided that I was willing to shell out a lot of money for some instant impact.

At the end of 2018 we had the Home Depot yellow bamboo removed from our back garden. They came with the house and had become increasingly problematic. While it was a relief to have them gone, I had never appreciated the privacy those two clumps provided or how they anchored the back. I picked up Chusqea culeou from Bamboo Garden but it’s going to be many years before they have the visual heft we want.

Enter palm trees. I visited Oregon Palm Nursery and bought three palms ranging from 5-7’. As soon as I got them in the ground, I wanted more. 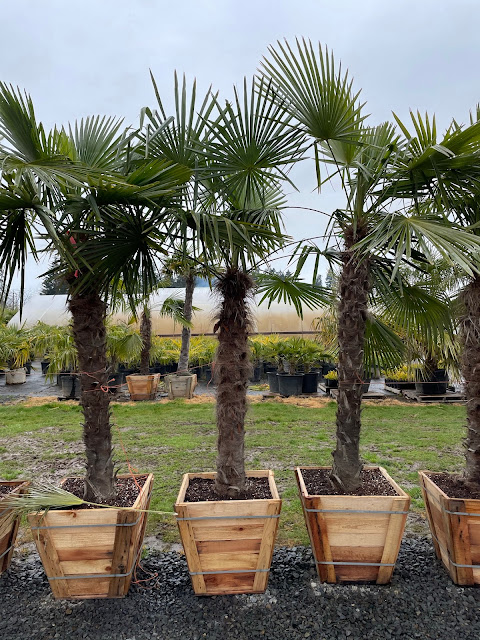 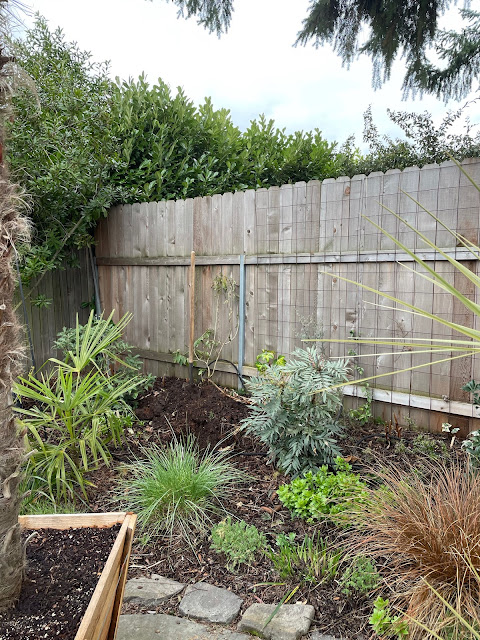 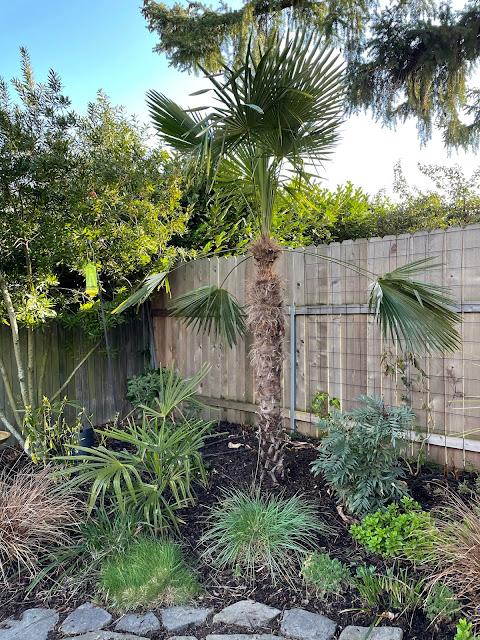 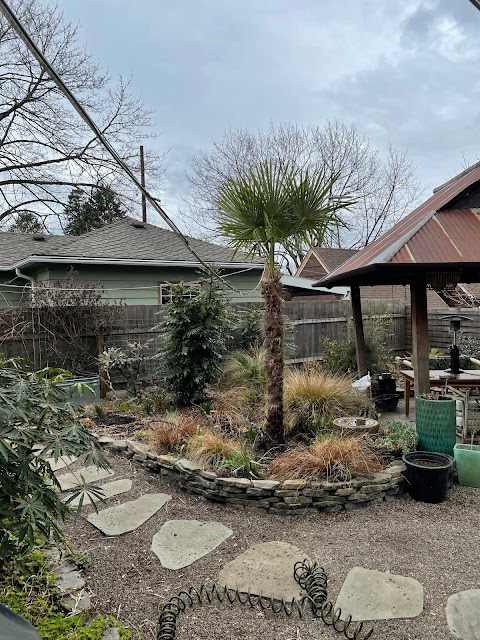 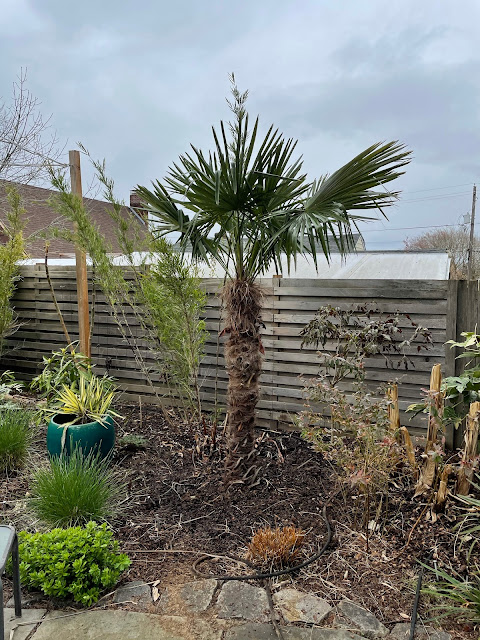 Luckily disaster struck and a wind storm took out the Ceanothus thyrsiflorus that framed the entrance to the back garden. 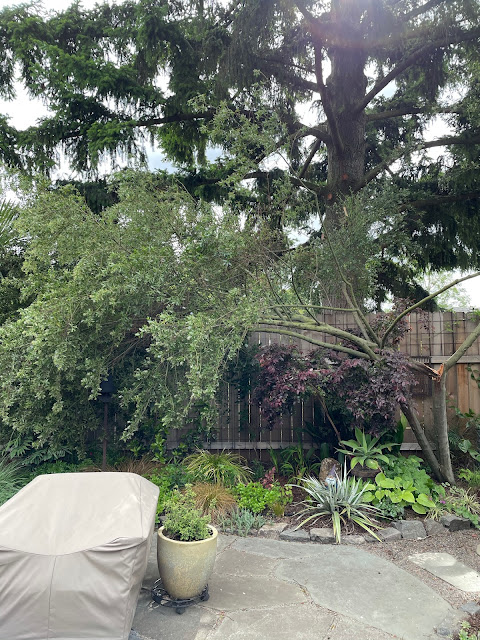 A lot of people made excellent replacement suggestions but I ignored them and planted yet another Trachycarpus wagnerianus. And another and another because nature loves odd numbers and palms really can be squeezed in anywhere. And if you’re paying a flat delivery fee, you might as well make it worth the driver’s effort. In a fun twist, the trees were delivered one day prior to the heat dome hitting, which meant I had to hustle after work to get three 6’ trachys unboxed, put in the ground, and watered in. I'm not sure I've ever been that sweaty, muddy, and tired.

Did I mention I was opening my garden in a few weeks, so that Ceanothus absolutely had to be replaced as soon as humanly possible?

Scott Weber kindly photographed my garden this summer so I would have a few non-blurry iPhone shots of my garden.


I'm not saying palms will cure your cancer but I'm not saying they won't not cure it, either. At the very least you might feel better and it's a less stupid trend than oil pulling. These palms make me SO HAPPY. I tend to treat them like I treat Bee, which involves a lot of staring and whispering "You're so good."

Stay tuned for my next trend talk: Fuchsias – I'm Suddenly Extremely Into These, Possibly Because They Look Great With Trachys? 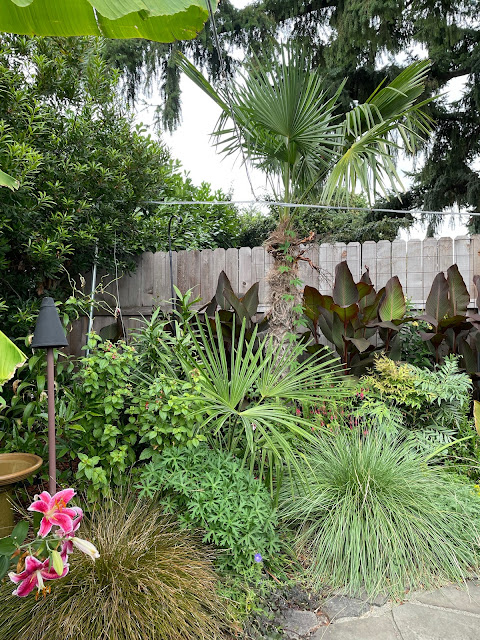 I'm sadly very late to the game acknowledging that two friends wrote exceedingly nice things about my garden in the last two years: Loree Bohl at Danger Garden and Alyse Lansing at Lansing Garden Design. You both make me feel extra #blessed.