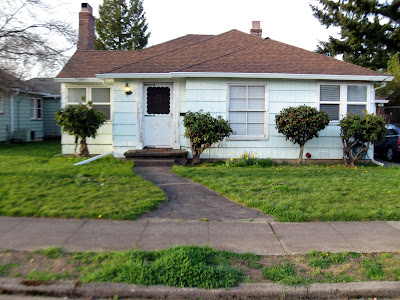 My home is located in North Portland and was built in 1938. It was designed by Ralph E. Panhorst, one of six modern homes in the neighborhood. 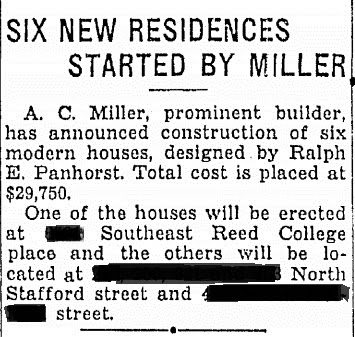 I purchased the house in June of 2009. It was a foreclosure that had been vacant for about four years and neglected for at least ten. There was half a garage door, a non-functional sink in the bathroom, a mildewing basement, the original furnace (which no longer functioned), a new roof but no gutters, and a cracked kitchen floor. Realtors called this "deferred maintenance."

The house needed a lot of work, which I gave it. Turns out it still wants more!

Despite all of these issues, the house is great. I've been told over and over by various contractors that the house was built well, and has "good bones." It just needs a little more love.

My house is also an attention whore. It has been filmed for TV twice: on My First Place and an episode of Portlandia ("Motorcycle") in a sketch titled "Adult Babysitter."