Not that we're counting

Last week Loree inventoried her mahonia collection. Mahonia is my favorite genus of plants (I wouldn’t kick most of Berberidaceae out of bed) so I was very excited. As I read on I realized that Loree probably has more mahonia than me and how could that be? I love mahonia so much that I made up a hashtag to mock one of our friends who doesn’t care for it (#graceiswrongaboutmahonia). Let’s take a look at what I have.

The first mahonia I ever bought was ‘Dan Hinkley.’ It grew slowly, it was leggy . . . I moved it twice and then ultimately composted it. I am now trying it again in the front garden but if it doesn’t perform well it will get the green bin. 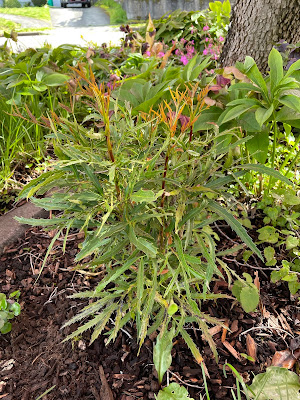 The next one I purchased was Mahonia x media ‘Arthur Menzies.’ I grow this in full south-facing sun in lean soil with not a lot of supplemental water. As a result it’s shorter and chonkier than it would be normally. Arthur is my earliest Chinese hybrid to bloom, starting in November and lasting through February. It’s a bright shining beacon in winter. Sadly, because it’s grown in so much sun, it drops far more leaves . . . right into my agaves. For that reason I think I may remove it soon and replace it with a palm tree (my second favorite group of plants). But it’s still a good one. 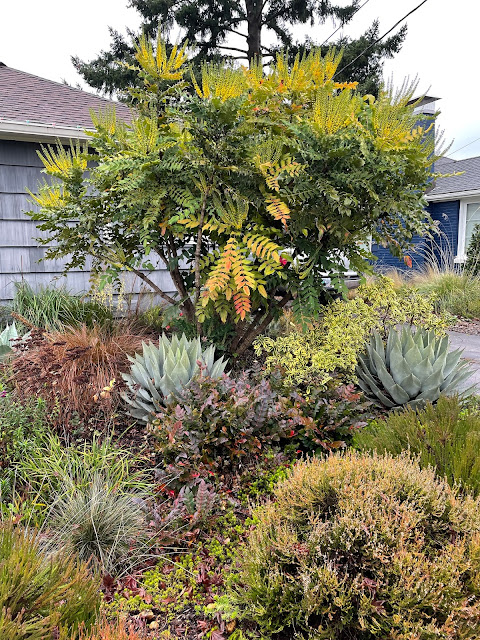 I have Mahonia nervosa smattered everywhere throughout my garden because it spreads by runners and it takes almost any conditions. I have it in my front rain garden where it gets cooked in the summer and in the driest, deepest shade. It has fabulous winter color and needs almost no care. No notes. 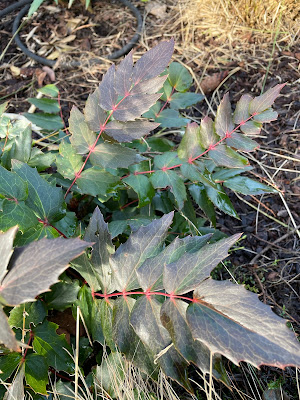 Mahonia nervosa var. mendocinoensis. I got this from Xera, who promises it could be 9 feet tall if I keep it happy. This one is native so I can be smug at dinner parties. 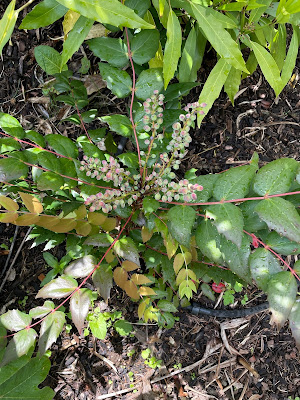 Kate Bryant introduced me to Mahonia x media ‘Winter Sun.’ It apparently has a bluer cast when grown in deep shade. This one has stayed on the petite side for me. 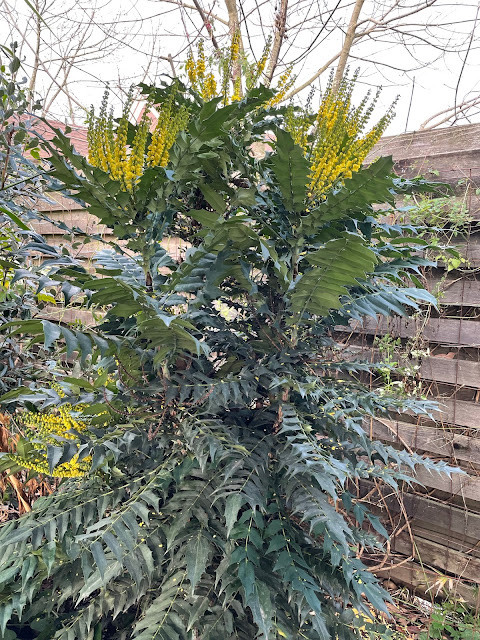 Good old 'Charity.' This one is probably leggy because I grow it too lean, too dry, and too shady. Literally every one I’ve seen growing looks better than mine. 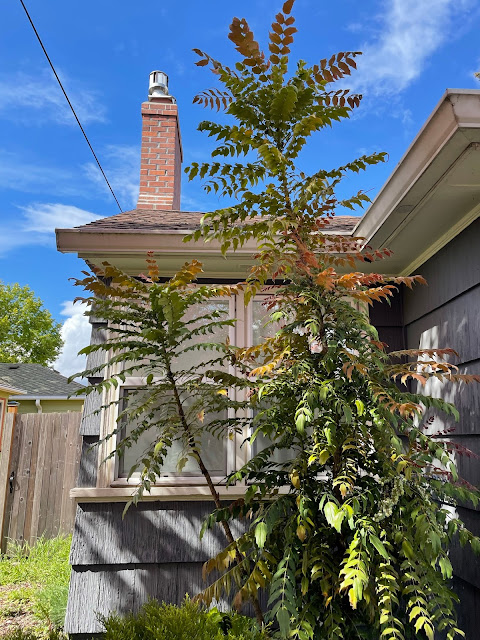 Mahonia x media 'Underway.' Maybe my favorite of the Chinese crosses? It grows tall and narrow, it’s very tidy and has berries that ripen unequally. Like I like my men. 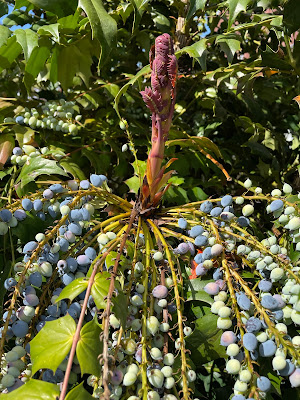 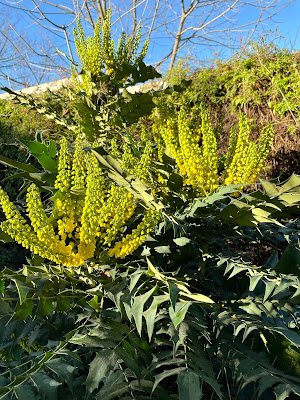 Mahonia confusa 'Narihira'. This has been smashed multiple times by gigantic fallen branches off of our neighbors’ doug fir. We’ll forgive it for looking a little worse for the wear, it should grow out of it. 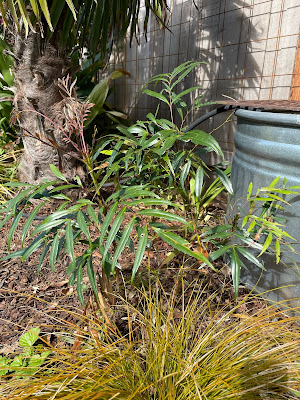 Mahonia gracilipes. This got regularly leaned on by my Datisca cannabina, so it had posture issues from the jump (in this photo it's being held up by that large stone). Then our late wet snow storm in April completely put it on the ground. I pruned it rather harshly and moved it to another spot in the bed. I think it’s time to admit that it just needs to be replaced. Otherwise a perfect plant. 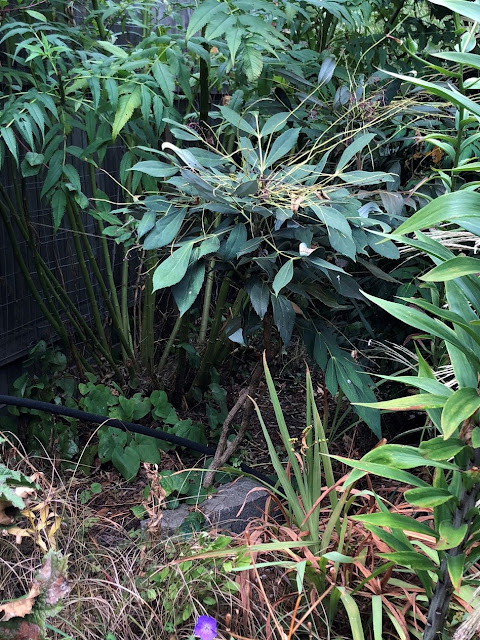 Mahonia 'Cabaret.' I got this from Far Reaches. It notably has pink to purple blooms like you’d find in Mahonia gracilipes (one of its parents). It has been eaten within an inch of its life by some critter and I’ve been too forgetful/lazy to figure out how to treat it. It looks awful through no fault of its own. 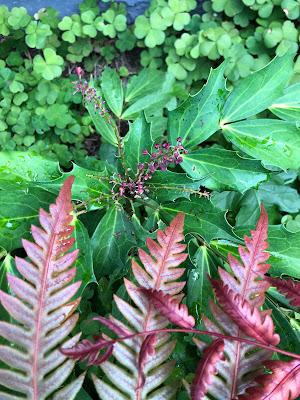 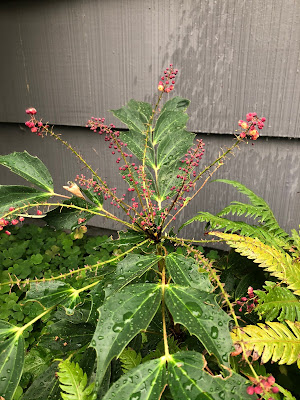 Mahonia x savilliana. I saw this at The Elisabeth Miller Garden and dreamed about it for years. I finally wrote Richie Steffens and was like, “How do I get one?” He said to check with Far Reaches because they took cuttings years back. I contacted them and sure enough, they had some tucked in the back of a hoophouse. It’s one of my favorites. 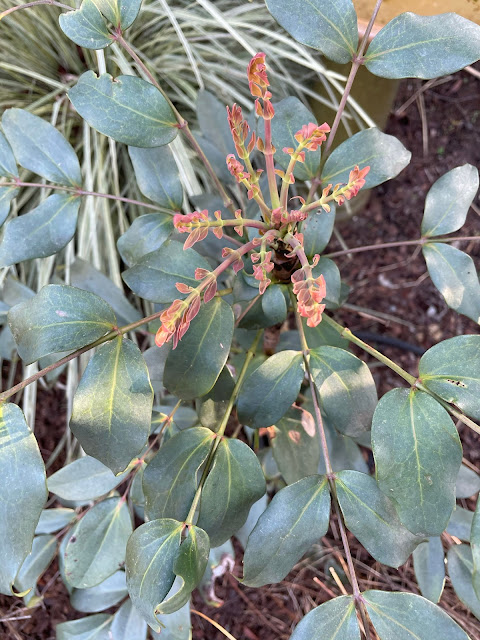 Mahonia confusa ‘Cistus Silvers.’ Another favorite, I think this one looks dramatically better when grown in quite a bit of sun. I have two of these, one grown in morning sun (leggy and anemic) and one grown in almost full sun (lush and full, seen below). 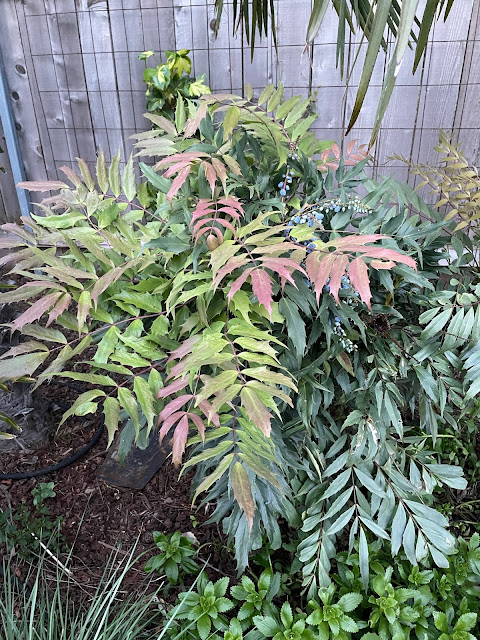 Mahonia x media ‘JC.’ This was a cultivar grown in JC Raulston’s mad laboratory that Sean Hogan took home and planted in his garden. In my memory it was taller than his two-story house. I asked him if he’d ever consider propagating it and HE DID. Maybe he was already planning on it, but I felt like he did this just for me and I appreciated it so much. Plant people are the best people. Mine is only 6' thus far, and it has stubbier flower spikes than the other Chinese crosses. It’s great. 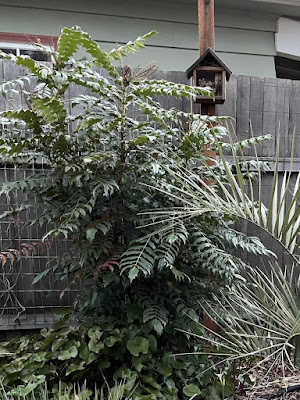 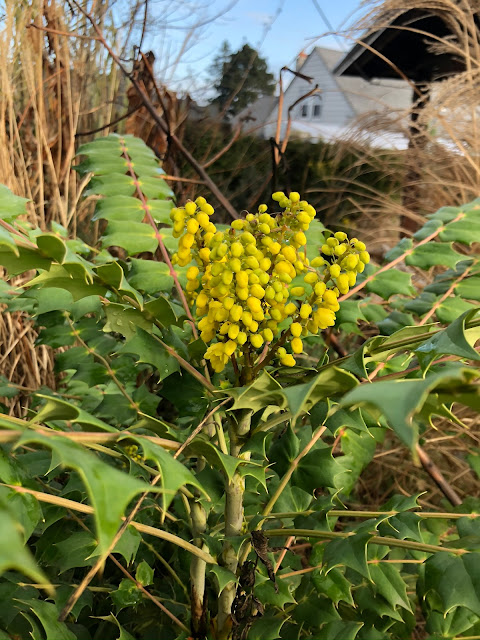 I should mention that I planted Mahonia haematocarpus ‘Santa Fe Landscape,’ a diminutive form. It was so small and in such an overplanted area that it was trampled or pulled up by accident. I would buy this one again and be more careful.

I’d never purchased ‘Soft Caress,’ I think because I equated it with the poor performance of ‘Dan Hinkley’ even though I’ve seen it countless times in other gardens looking great. Reading Loree’s post it became imperative that I get one right away. I started texting her and calling around and she pointed me to Cornell Farm. Within the hour I had called them, sped over there, and purchased two. Greg immediately declared them “super cool” and asked why I didn’t buy more. I’ll probably buy more. 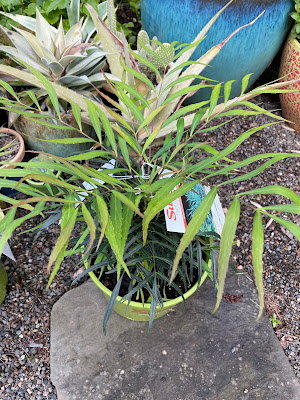 Sean and the Cistus team have been experimenting with seedlings and posting teasers on Instagram. I look forward to buying many more from them. Am I missing any great cultivars or seed strains? And please, feel free to harass Grace and let her know that she's wrong about mahonia. It's a great genus of plants.