Gardening on a dime

So remember all that dirt that sat in my front yard and how I just dumped it in the backyard, for lack of a better option?  I decided to see if I could transform it without spending much money.

Back in August I went to Portland Nursery and visited their Island of Misfit Plants sale section. They had a heavenly bamboo and a flowering currant.  I already have FOUR flowering currants in my yard but, hey, they're fricking gorgeous and hummingbirds love them.  And they're pink. I love pink in the garden!  I got the plants for less than $20 total.  Not bad, right? 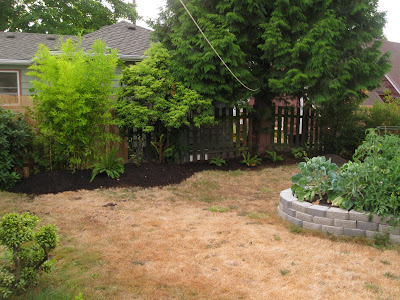 I borrowed some ferns from other parts of the yard, just to have something there. Fast forward to now, when that soil has had a chance to attract every bad element in the neighborhood. Cats have visited, weeds have established themselves, and that clump of bamboo, which sat untended for four years and didnt budge, sent out a runner. 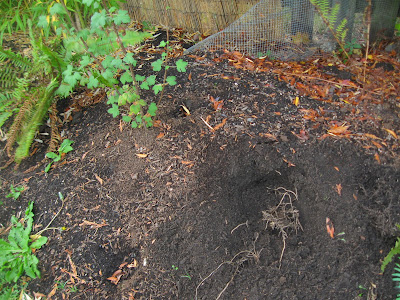 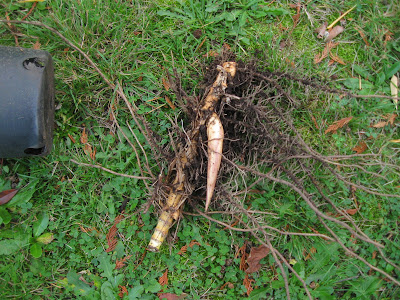 I cut out as much as I could and called it a day.  Bamboo, you may be tenacious but I am STUBBORN.  I will move that whole dirt pile (again. later.) if I have to.
Nature!  It just does what it wants, am I right? 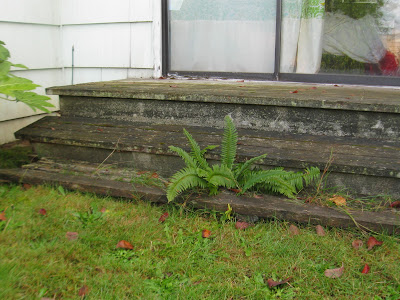 I have planted 21 ferns in my yard but this one popped up all by itself. Note to self: replace this deck next spring.
Posted by Heather