While we were on Maui we visited the Kahanu Garden, a national tropical botanical garden. This garden focuses on endemic plants and the plants that Hawaiians have used for food and medicine. There aren't a lot of flowers here but it's still lovely. Foliage is the star.

The big draw with this garden is the Pi'ilanihale Heiau, a stone structure that covers three acres and took 128,000 man-days to build. 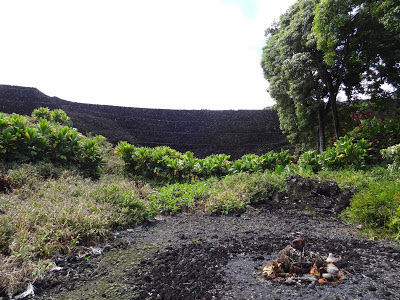 Not a lot is known about this structure but they do know that it was a religious site. You aren't allowed on it and the rocky area in the foreground is a burial site. The structure is massive. Greg, lucky duck, got to fly over it on his hang gliding tour. Can you see it, at about 10 o'clock? There are many different types of bananas and taro everywhere. 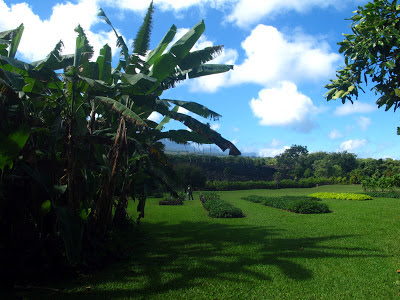 It was considered bad luck to take bananas on fishing trips and, until the end of the taboo system in 1819, women weren't allowed to eat certain varieties. Too much delicious potassium? 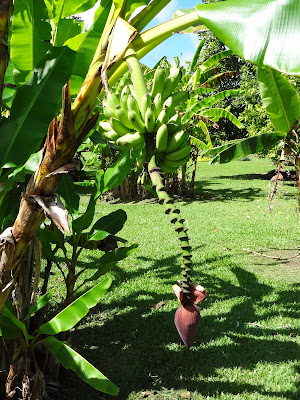 We joked about seeing the Hawaiian national bird, the weed whacker. These were everywhere, all over the island. Hawaiians love their weed whackers. 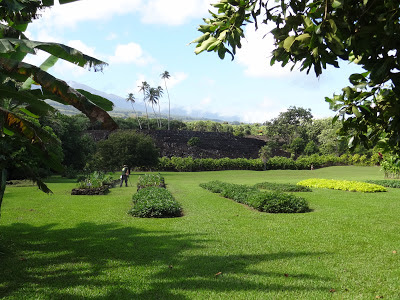 I was so taken with the way they underplanted the alocasia with ferns. I want to replicate this in a galvanized container. 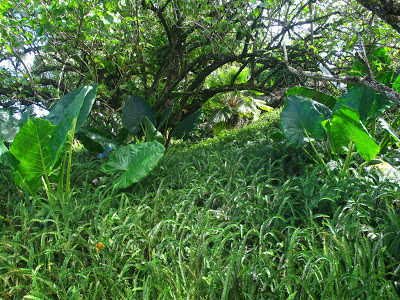 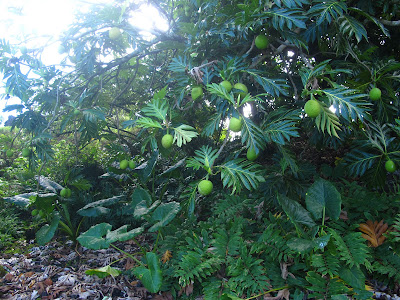 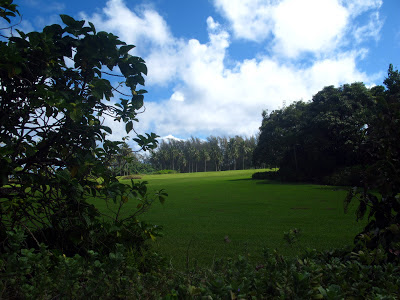 These screw pines are part of the largest remaining hala grove on the island.


The bark is incredible. 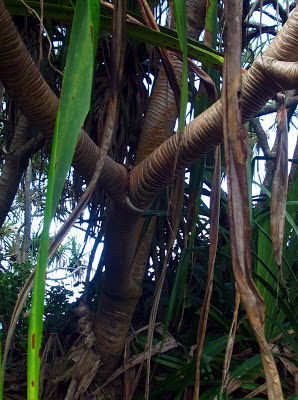 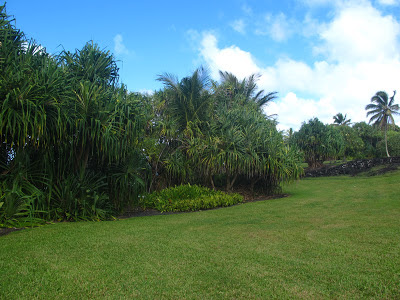 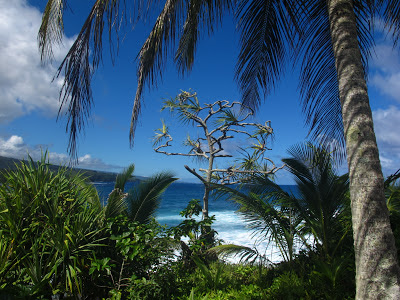 There was a huge coconut grove with signs begging you not to walk beneath them. 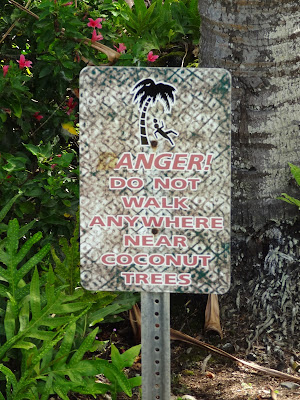 According to our snorkel captain, more tourists are harmed each year by falling coconuts than sharks. 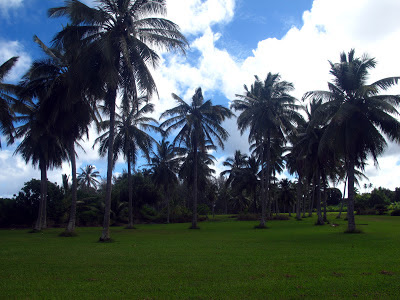 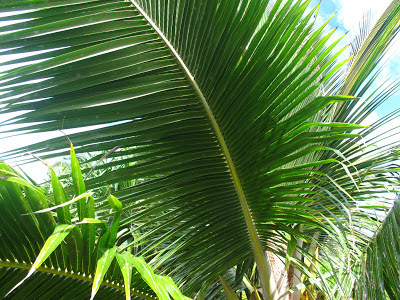 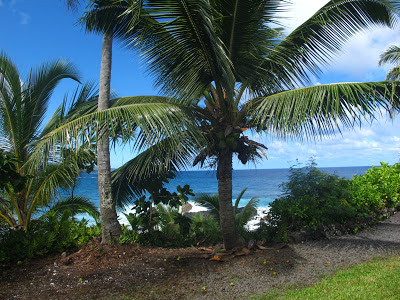 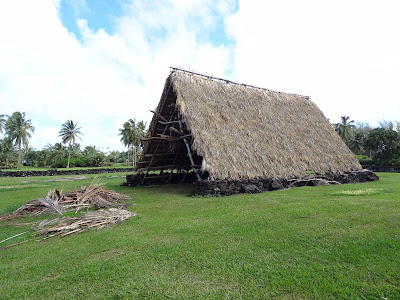 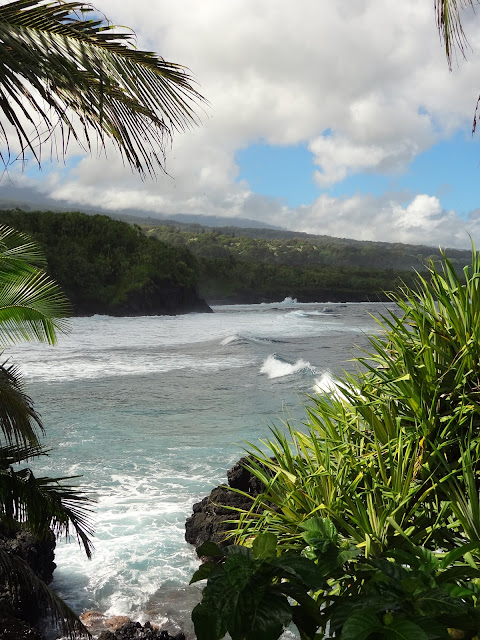 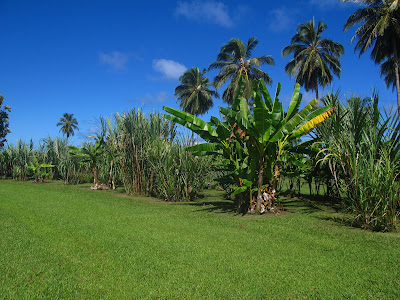 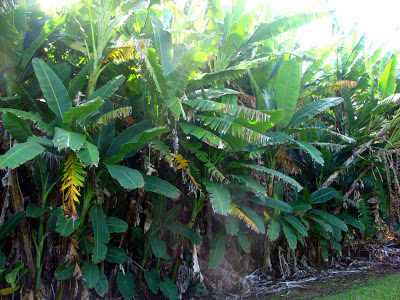 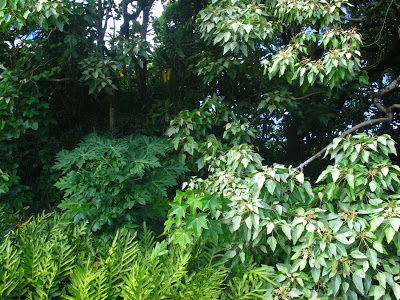 They had "the canoe garden" which included the species that Tahitians brought by canoe to the Hawaiian islands. 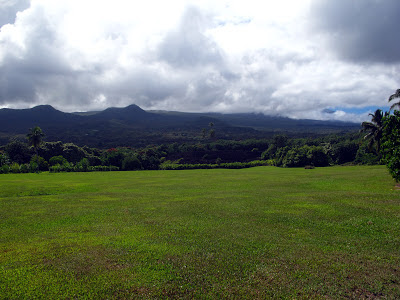