Please don't hate me because we went to Maui last week, even though we'd just been to Kauai in November. My brother planned the trip for his family and asked us to come along. My nieces are 7 and 9 and the sweetest kids and I didn't want to miss seeing Hawaii through their eyes, especially when they're at such delightful ages.

I tried to convince Greg to come but wasn't having much luck. Then my nieces sent him letters, including this one from Tabi: 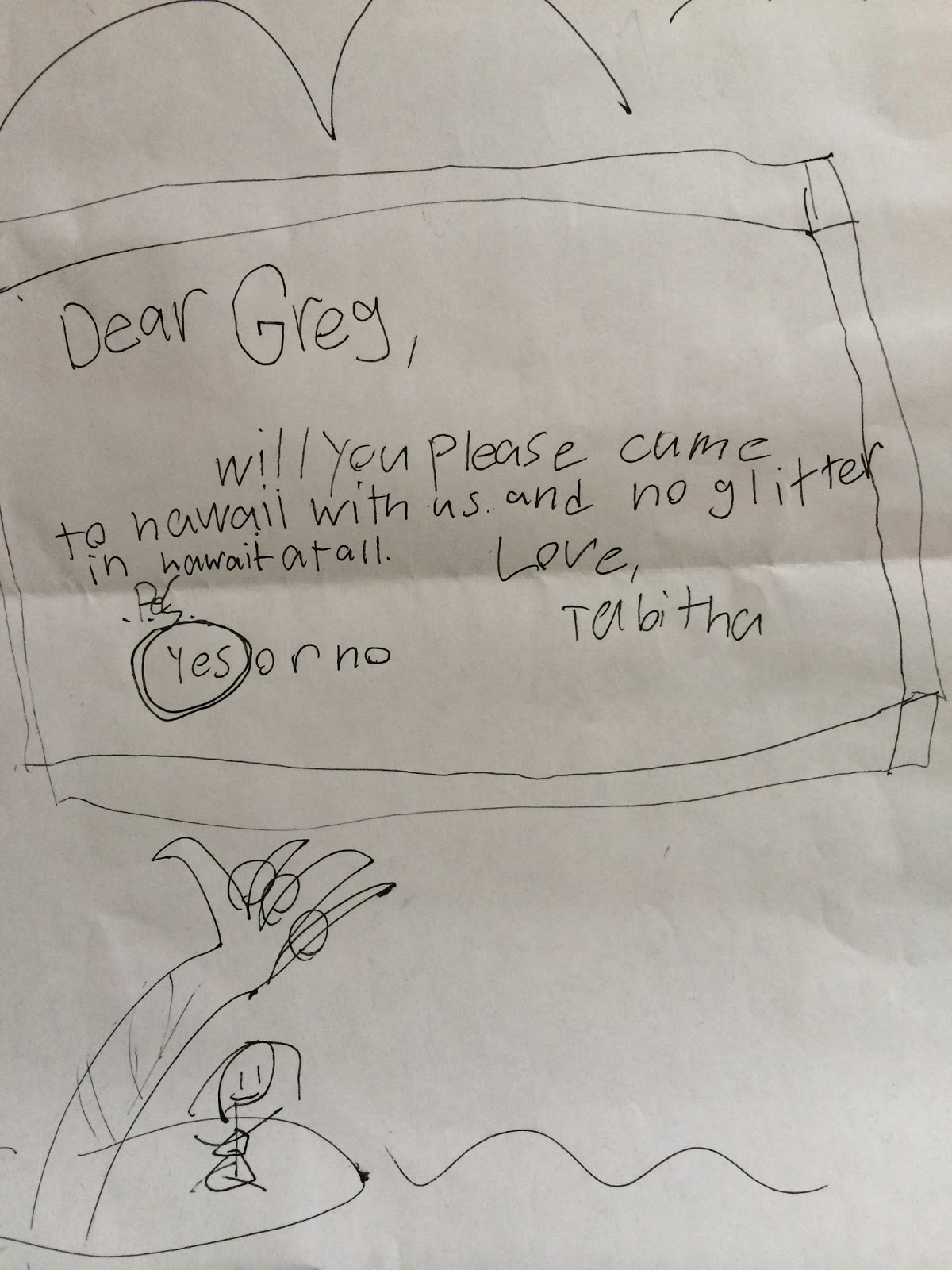 Greg hates glitter with a white-hot passion. Only a monster would say no.

At Christmas I told Tabi she was a genius and she sighed and said conspiratorially, "There's probably going to be some glitter." She's the best.

So. Anyway. We went to Maui and instead of visiting gardens we hung out with my nieces and swam and ate burgers and swam and swam and swam. It was awesome. How cute are they? They are still, for the moment, super affectionate and not embarrassed to hold my hand in public. So wonderful. 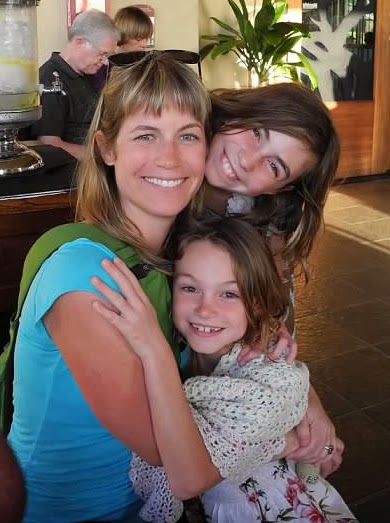 We went on a sunset sail the first full day we were there and humpback whales were breaching all around us. 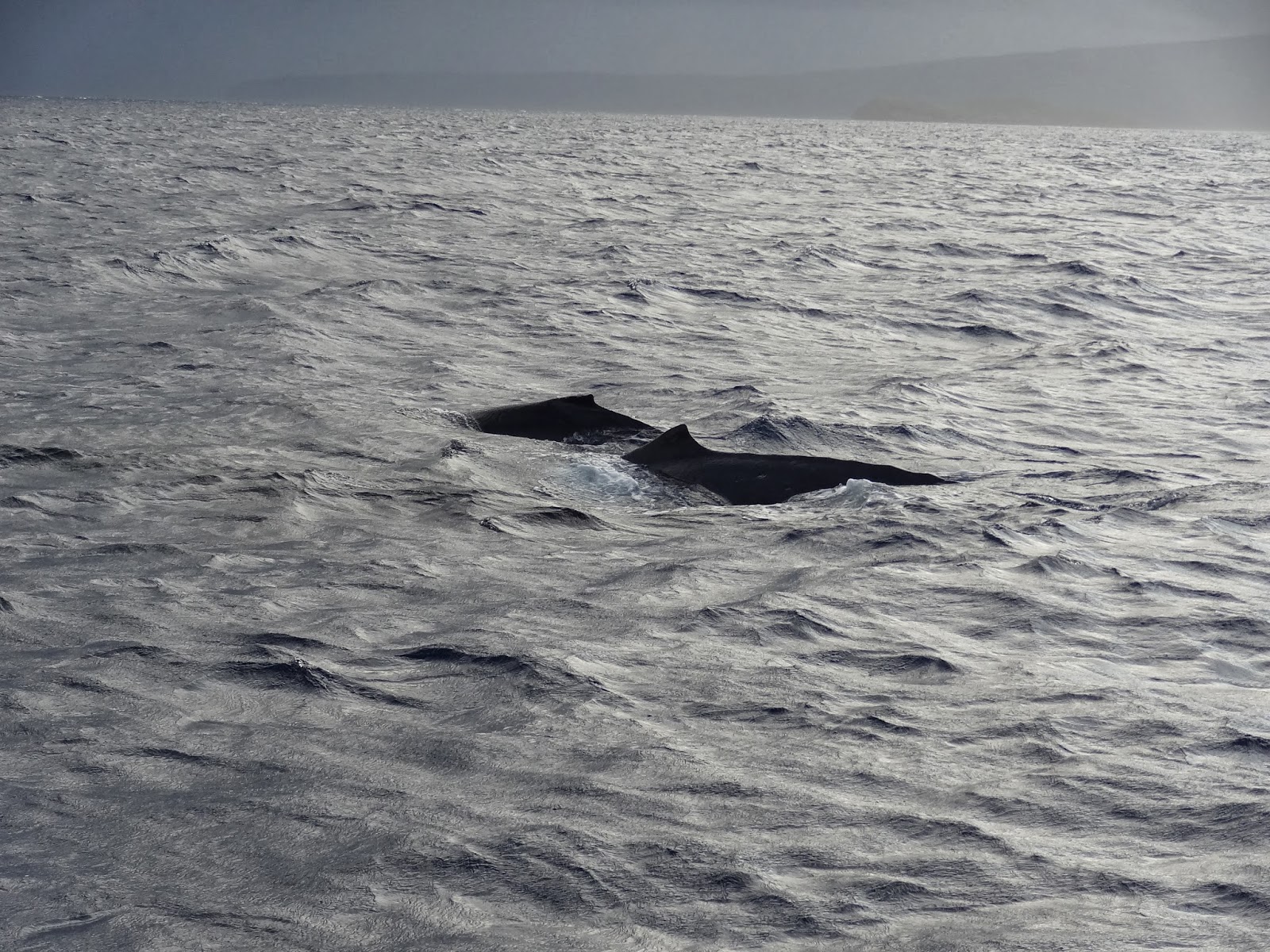 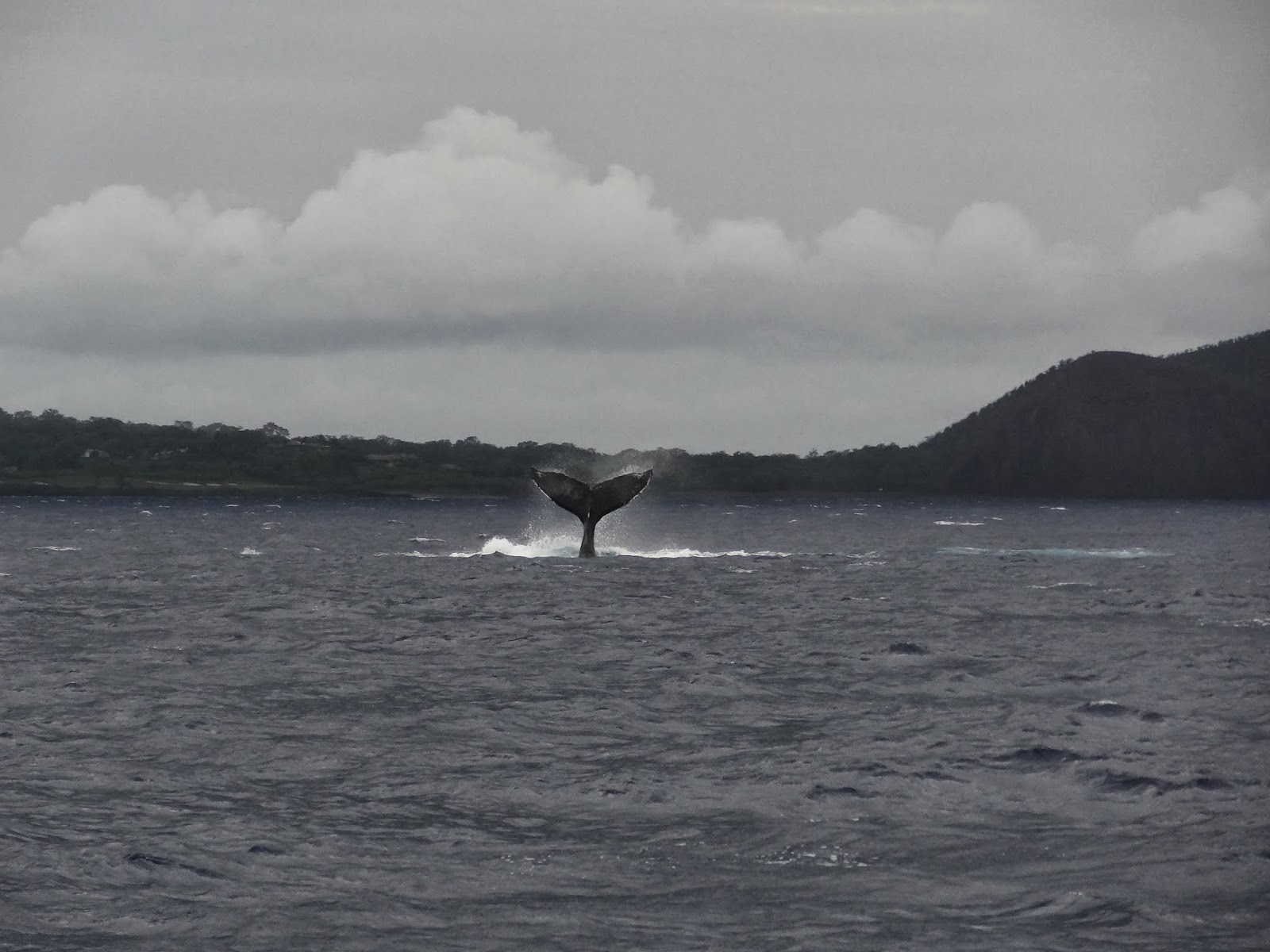 All week you could just look out on the horizon and you'd see whales leaping, slapping their dorsal fins, or shooting plumes out of their blowholes. I've never seen a whale in the wild, so that was really neat. We also took a snorkeling tour and got to swim with the biggest green sea turtles. I could lay on the surface of the water and watch sea turtles forever. They're more transfixing than TV, though you can't play on the computer in your sweatpants while you watch them.

Greg and I stayed two nights longer than my family so we could have some time alone. Greg, unbeknownst to me, made arrangements for us to have dinner in a little bungalow by the beach so we could watch the sunset while we ate dinner. Then he shocked the hell out of me by asking me to marry him. After hanging out with my family for a week! 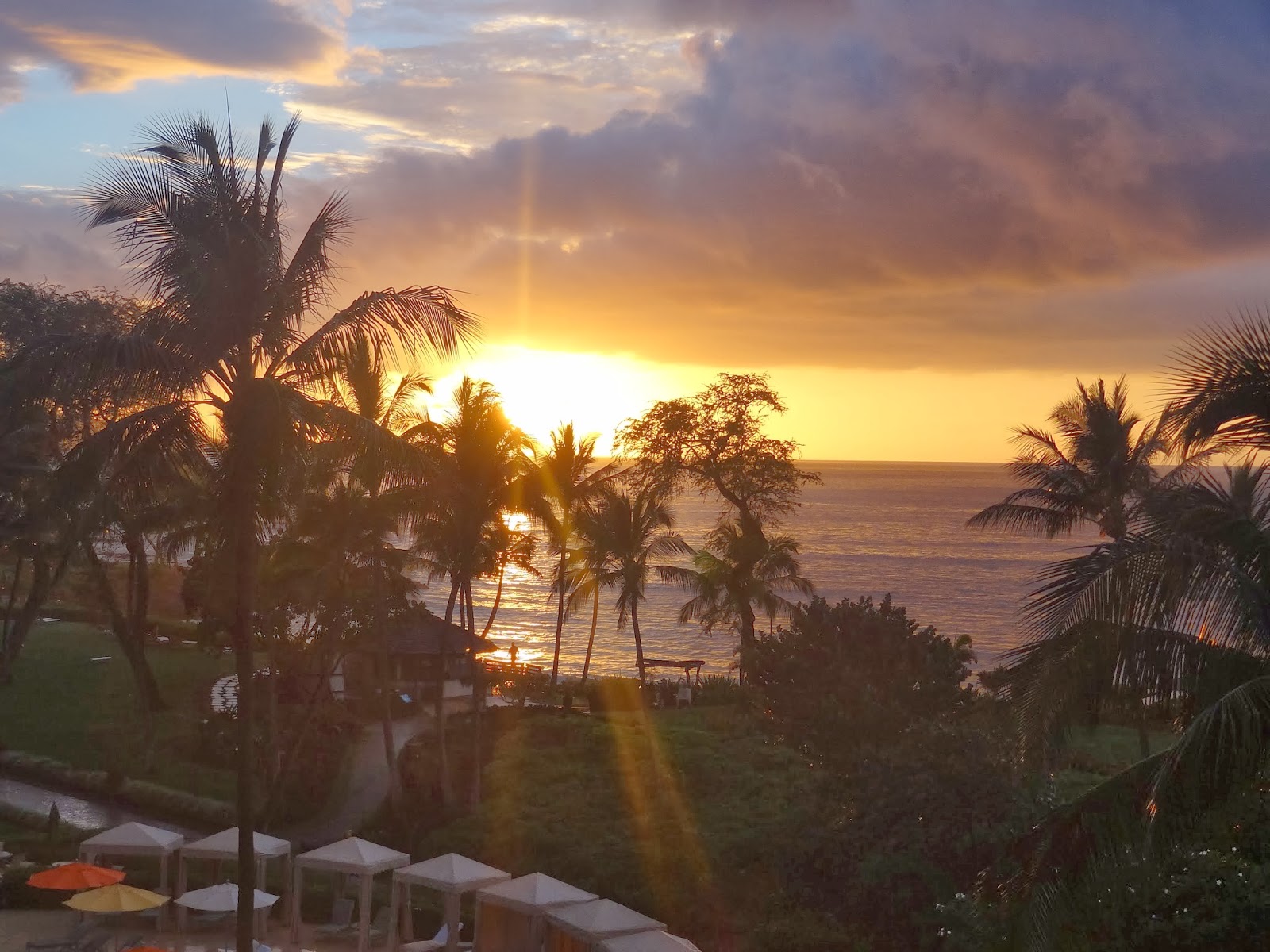 I reacted, not by crying like a normal person, but by getting really sweaty and forgetting how old I was. Our server asked me my age and I said, "37." Greg was like, "You know you're 36 for another month, right?" And I made him pull out a calculator and make sure he was right. I honestly couldn't remember.

So I think I got so happy I had a tiny stroke! I went to the bathroom and I saw a miniature frog, which I considered a good omen. In retrospect maybe he wasn't real? Either way, I'm really happy and I'm sure the feeling is going to come back to my arm soon. 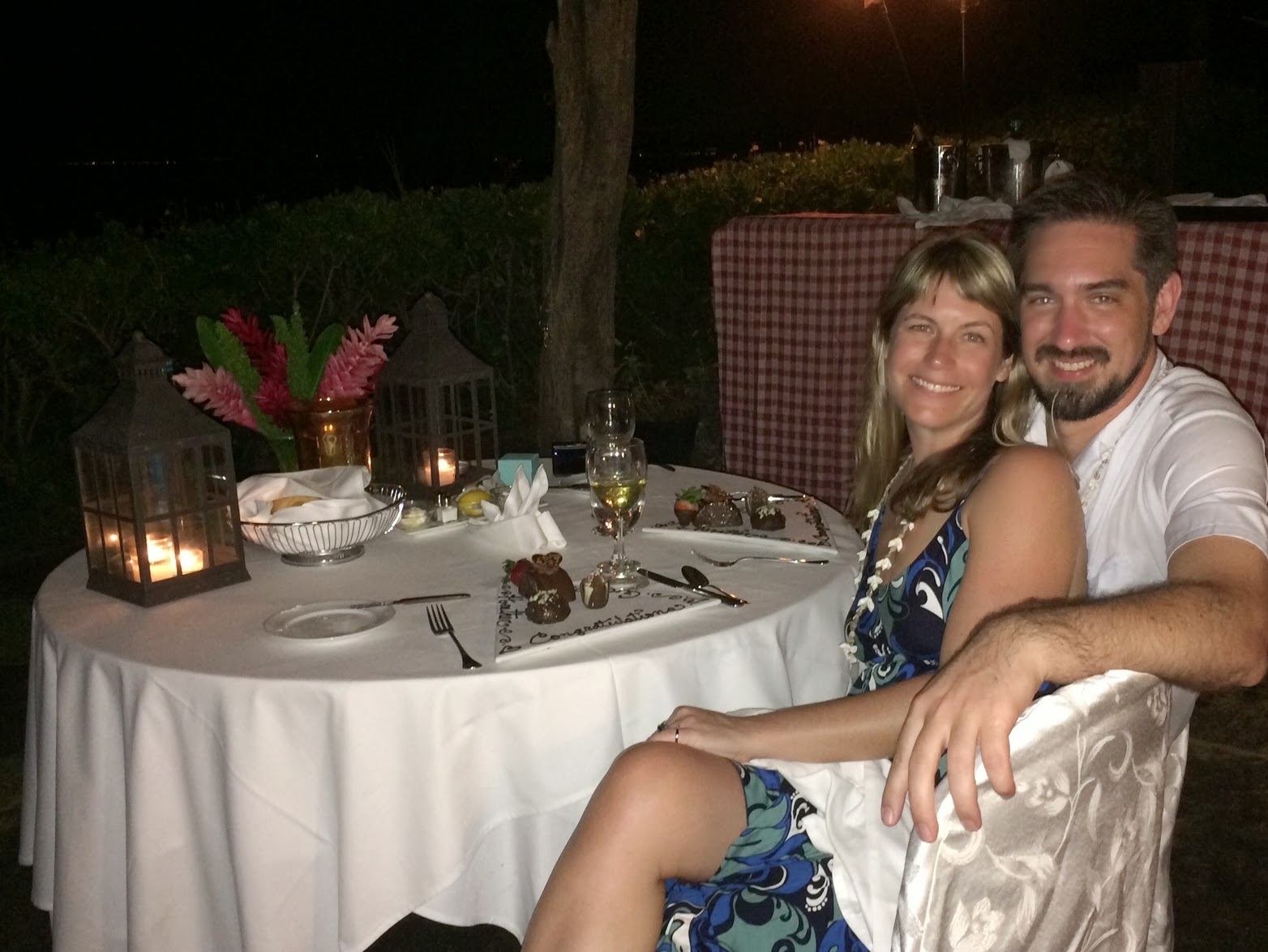 Our server was so excited about our engagement, she didn't want to leave our sides. She told us about growing up in the Philippines, her son's job, the hotel where they stayed in Times Square, the time they went to Washington DC . . . She also took about a thousand photos of me and Greg, making sure to cut off parts of our heads so she could get the table settings in the photo. She was a hoot. She also told us the key to a good marriage was giving in, "And I guess the bible says women should submit?" which made Greg laugh and me shake my head vigorously. She really was sweet but very goofy.

Now we're trying to figure out where we can get married where we don't actually have to PLAN the wedding. Wedding planning sounds like the most boring thing ever. I love throwing parties but most weddings seem like a lot of work toward creating things that no one remembers, like decorations, favors, and ornamental poufs. Instead they remember if the food sucked and if your friend made a super awkward toast.

So if anyone knows where you can get married by a sea turtle, hit me up. If the turtle could do all the planning, even better. 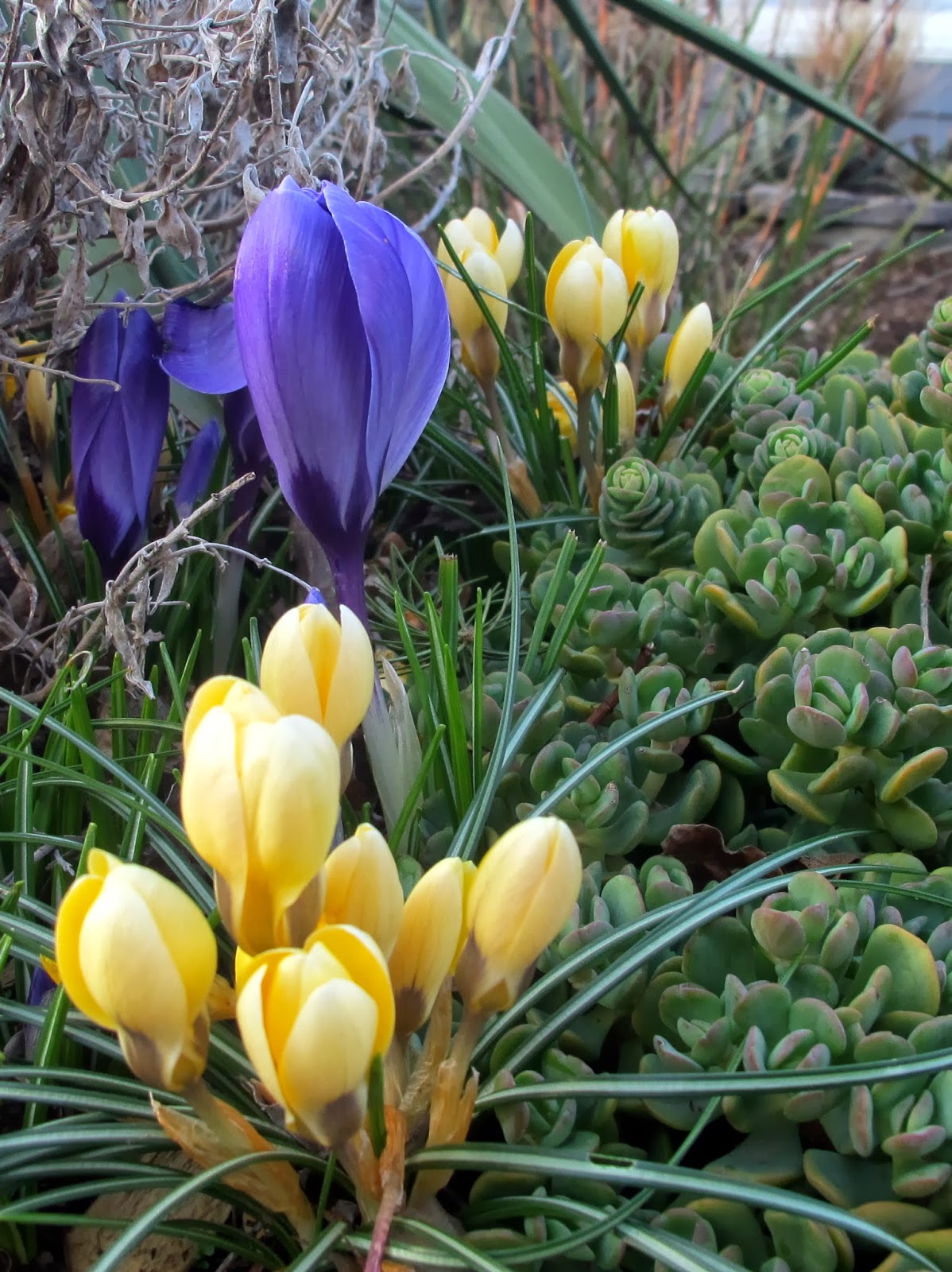 Between this and spring coming, I feel like my heart may burst. It makes me feel even more passionately that marriage needs to be available to everyone. How anyone could deny this wonderful feeling to any of their fellow humans boggles my mind.
Posted by Heather