There's no fun to be had in the basement. A few weekends back the weather was terrible and I suggested to Greg that we watch House of Cards all weekend on the couch and he was like, "Yeah! Let's do that."

Greg almost always spends his weekends working. I tend to spend it puttering in the garden. Our only daytime interaction tends to be me knocking on the office window, and screaming, "You should come outsiiiiiide! It's so pretty out!"

So we had a nice plan to spend the day together. Then he said, "I just have to answer a couple of emails," and I said, "I'm going to vacuum the laundry room." (Don't judge.) Fast forward six hours and we hadn't spent any time together and I had demo'ed this closet in the laundry room. 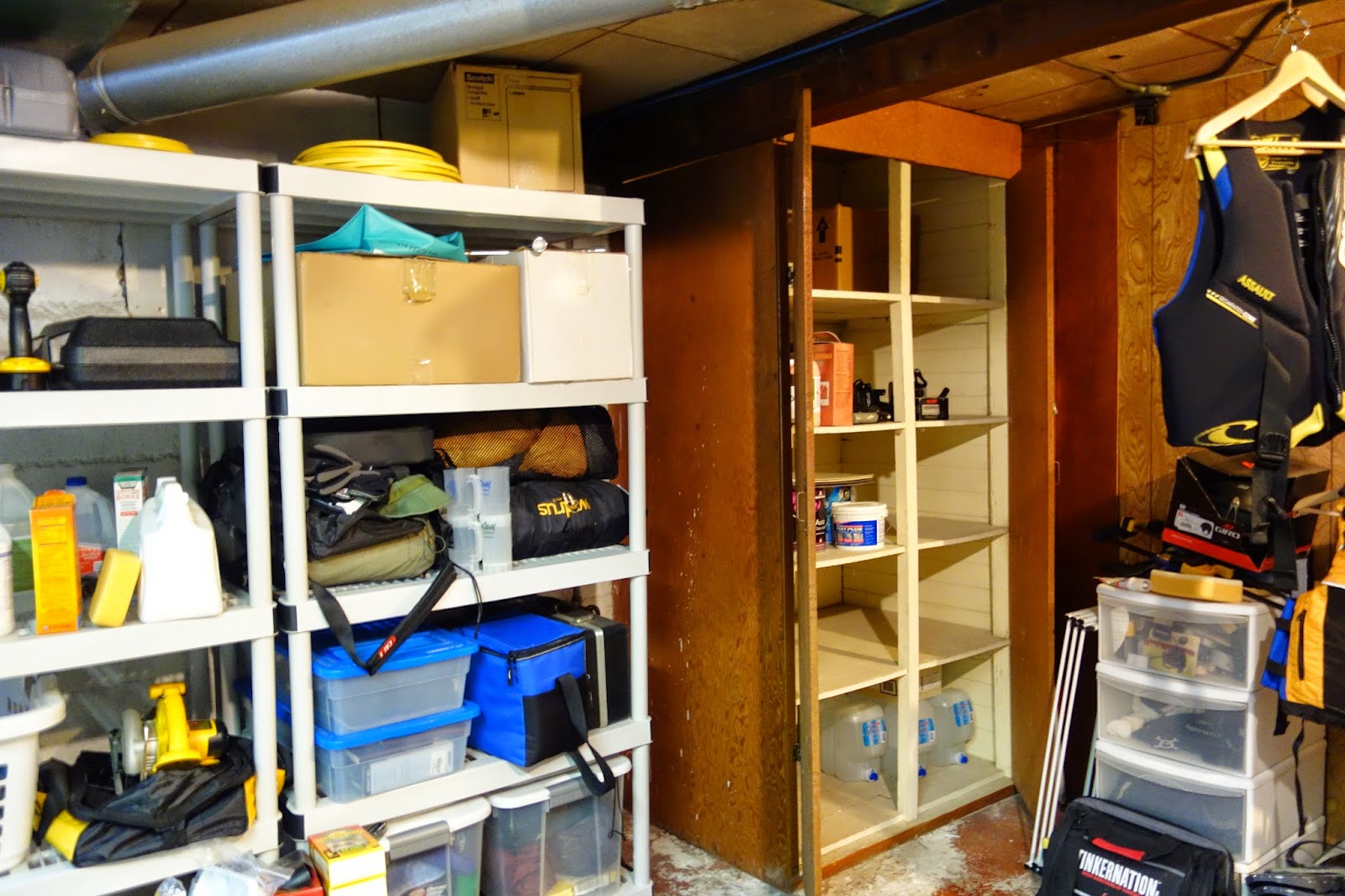 It wasn't original to the house and it was completely useless. It was so deep that things would just disappear into it. At some point we decided we should get rid of it. I've been decluttering the house for the last couple of months, and there was so much crap we didn't need hiding in here. Somehow vacuuming led to pulling everything of this cabinet.

Like a jerk, I ran upstairs and said, "Instead of watching Netflix all day in our jammies, how about we demo that cabinet in the laundry room?" and Greg stared at me and silently calculated whether he actually wants to marry me. But because I am a jerk, I was like, "This crazy train has left the station and this shit is happening!" and I just demo'ed it myself. 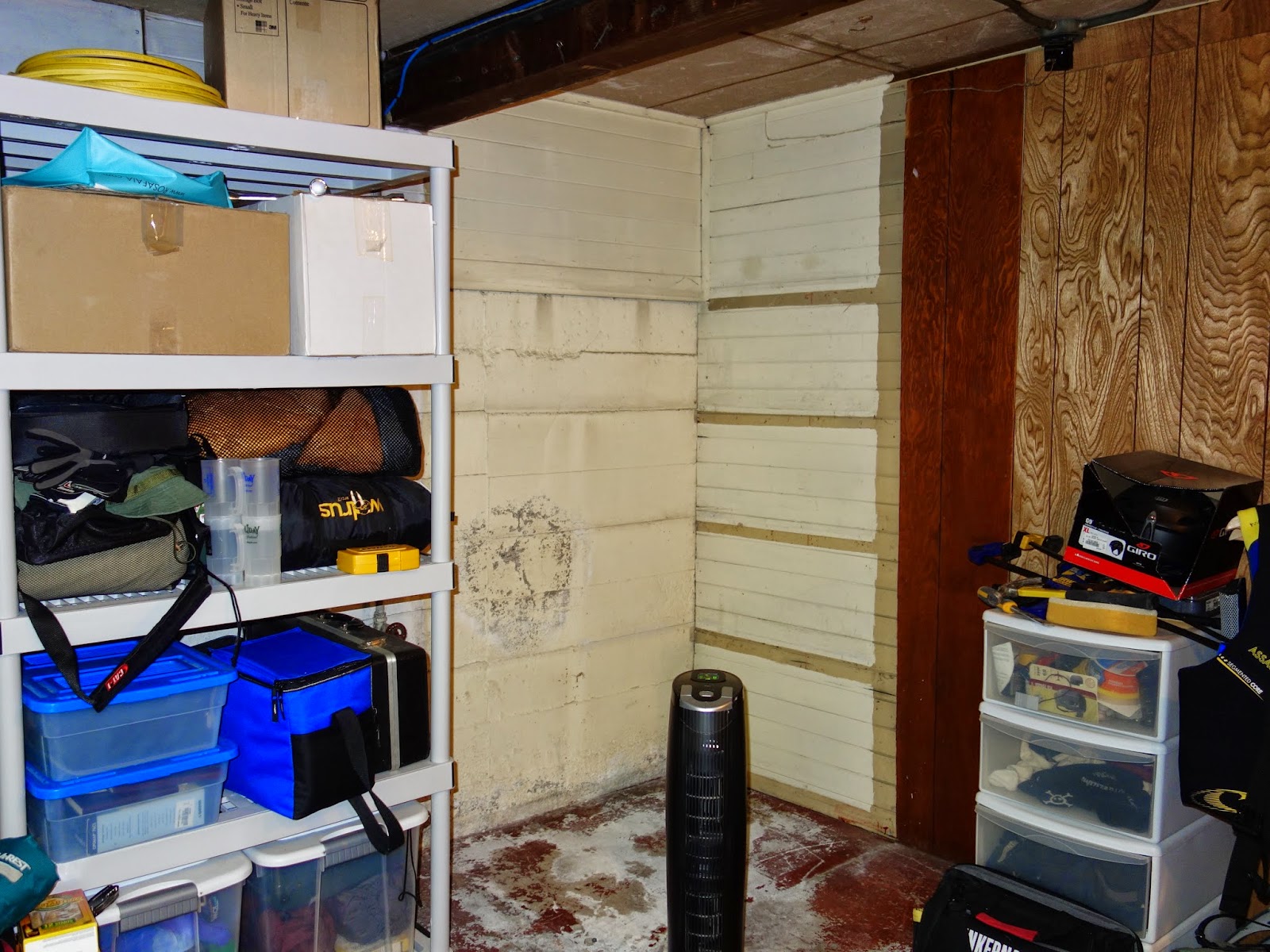 It turns out that the cabinet was rotting, which made it really easy to tear apart. Also, the emergency water we had stored in the bottom had leaked and we had mold underneath. It was gross and I'll spare you any photos. Armed with my respirator mask, I attacked it with bleach, the air purifier, and the dehumidifier.

The only thing that was dicey about the whole endeavor was the fact that the cabinet was built right next to our water main. Which has an electrical ground for the living room attached to it. No pressure. 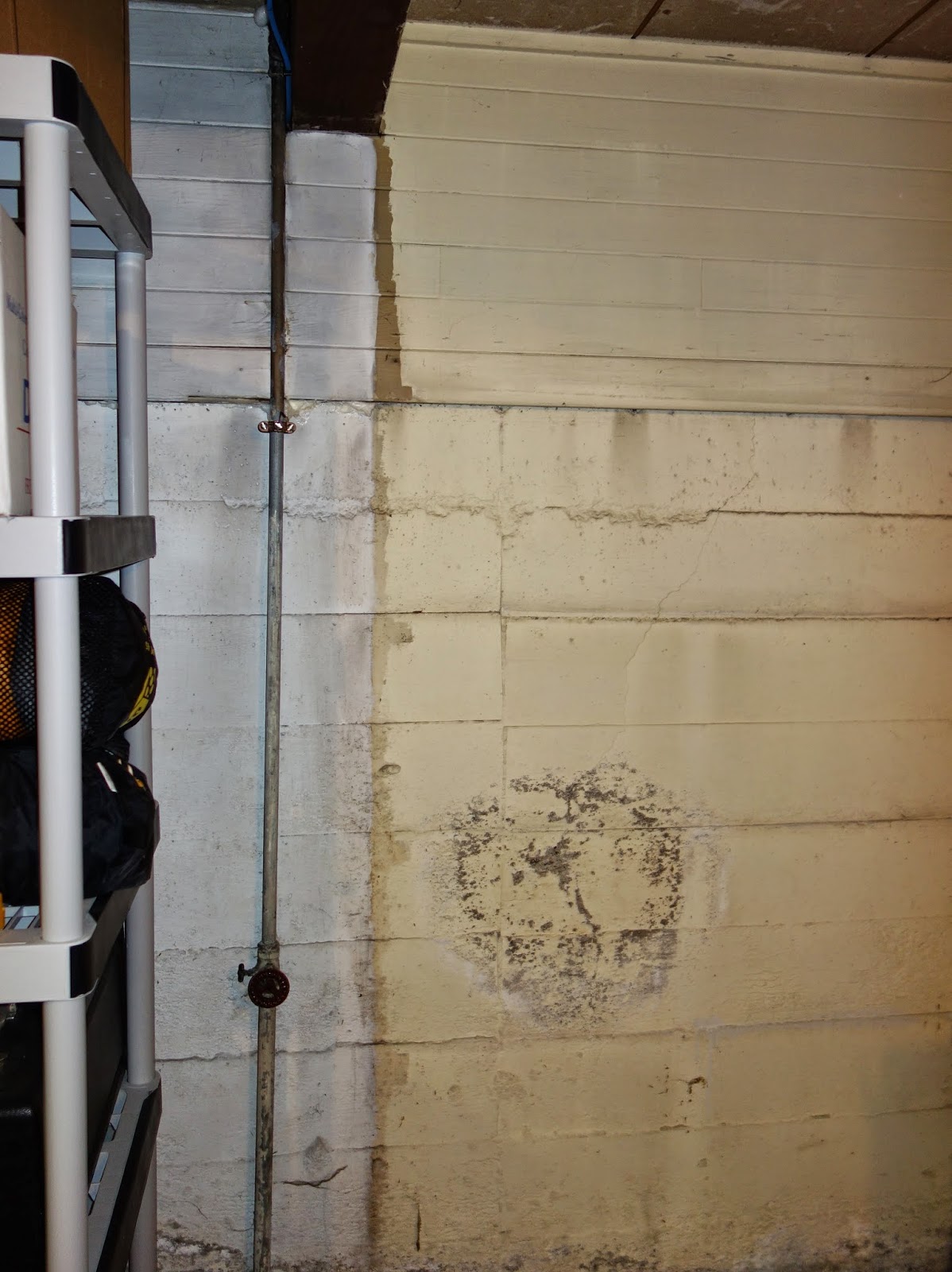 Greg picked up more of the resin shelves we already had and filled them with all of his stuff. I know this probably doesn't look better to other people, but it makes me SO happy every time I go in the basement. We have airflow to the floor, which is always good in a basement. 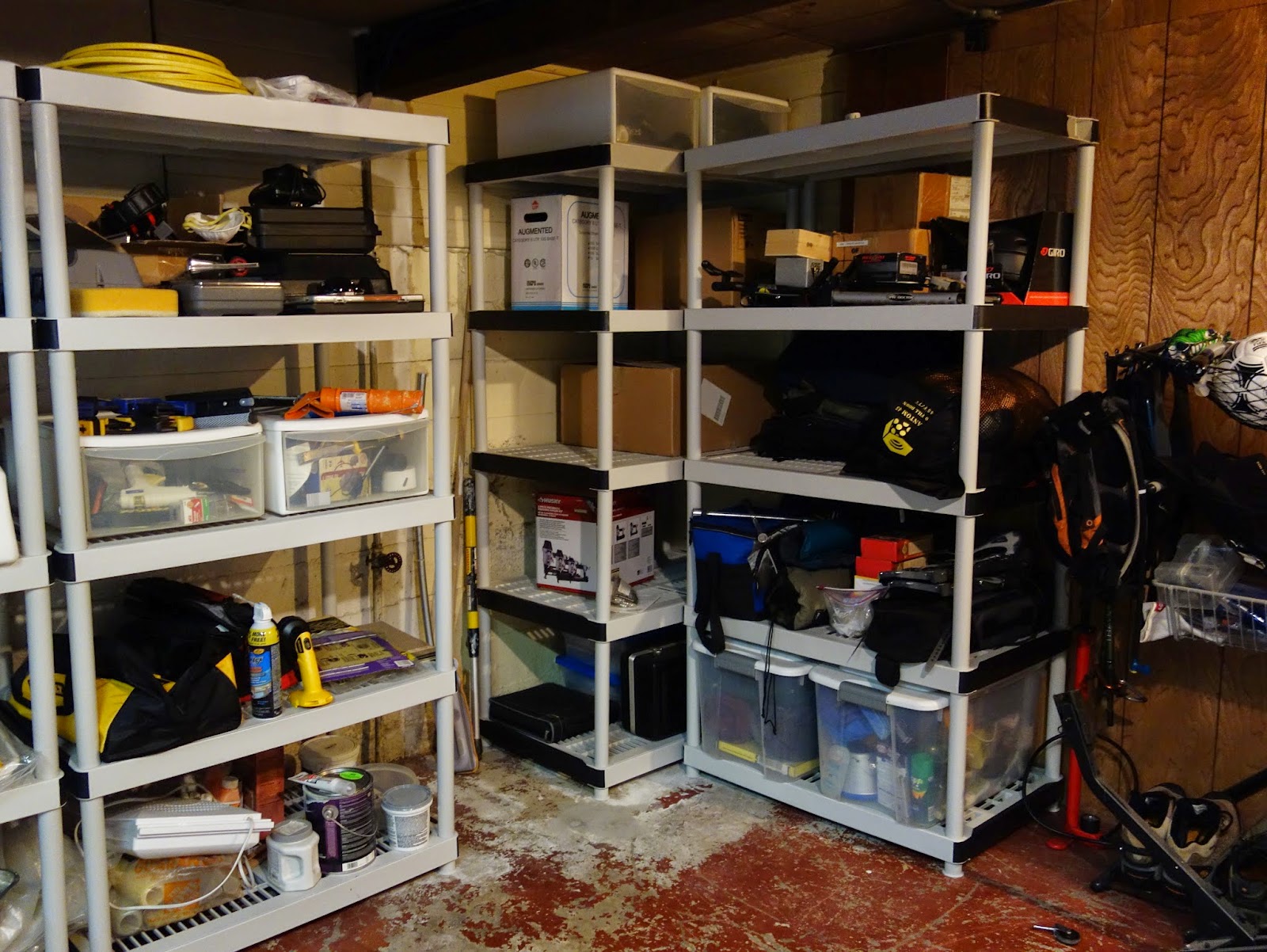 Also? Our basement doesn't smell musty anymore. The nervous, superstitious part of me thinks the musty smell will come back (it IS a basement) but for now I am so relieved to have that mold harboring cabinet out of there. And now our emergency water is stored on a metal rack over by the floor drain. 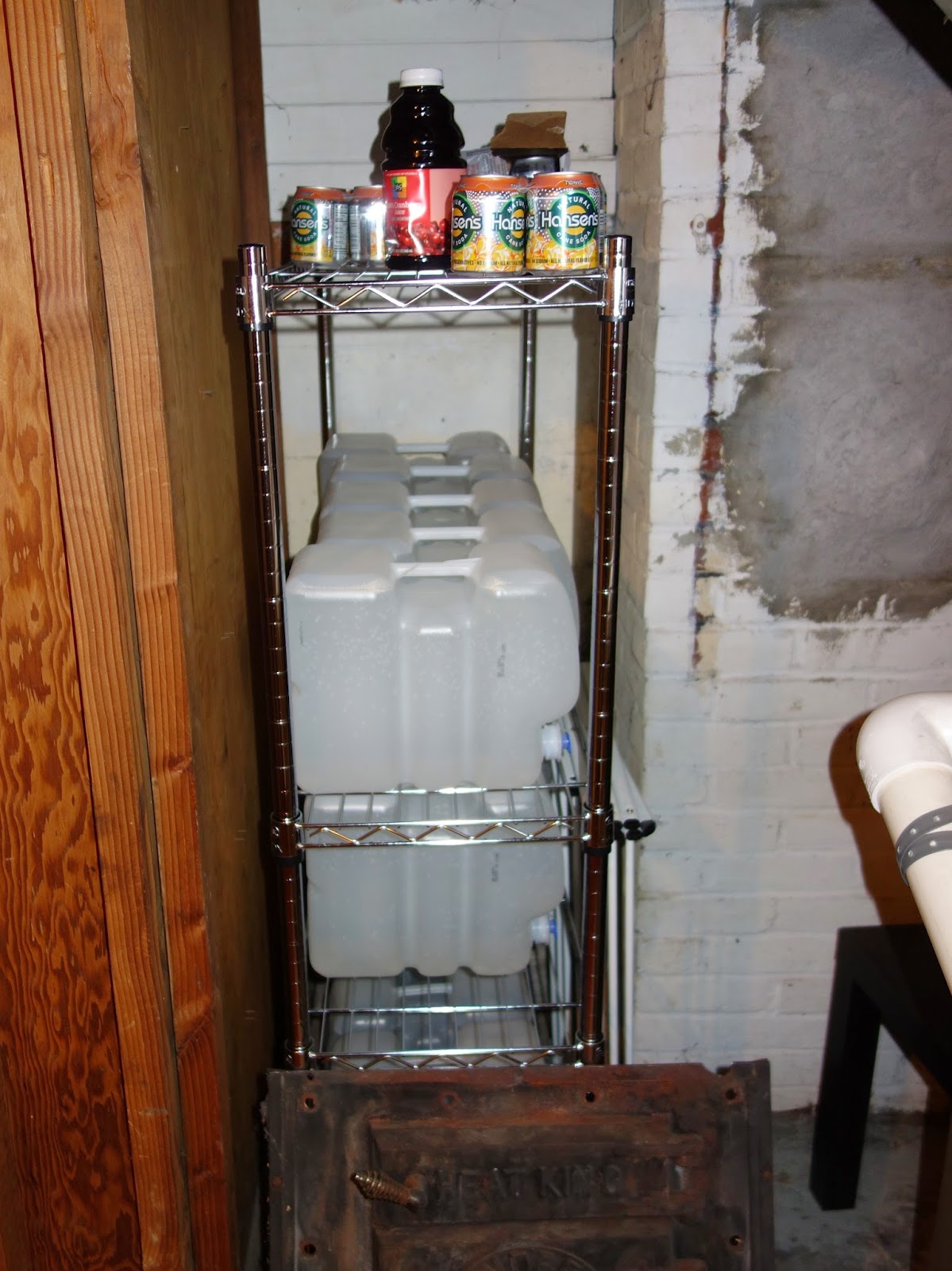 We've also go you covered on tonic water, should an emergency hit and you need a mixer for your gin. Priorities!
Posted by Heather