Mysteries in the laundry room

When I moved into the house I needed a lot of electrical work.  This is what my electrical panel looked like.  Wires sticking out, no cover . . . just a tiny bit hazardous. 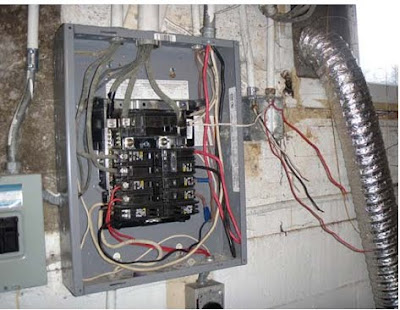 Luckily I have a friend who is an electrician and would work for a reasonable rate (and access to the food in the kitchen cabinets).  He did a couple of really awesome things without my asking, like putting a motion sensor on the light in the laundry room.  So if I'm carrying a basket of laundry there's no fumbling with a chain in the dark--the light just comes on.  After five minutes without motion it turns the light off.  It's awesome.

Fast forward to now.  A few weeks back I started noticing that the light would be on when no one had been down there.  I noticed that the dryer hose had popped off the window vent and figured that must have triggered the light to go off.  Some contractor had told me that, in the hierarchy of venting, rigid metal ducts are best.  They accumulate the least dust and lint resulting in a lower fire risk.  The only problem is that I couldn't get the stupid hose to stay connected to the window outlet. I kept finding it like this: 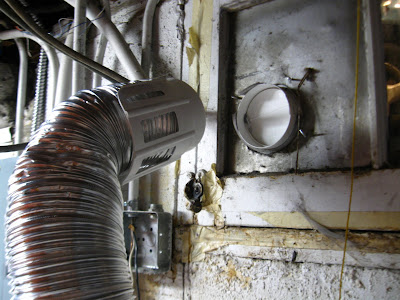 I kept applying more foam tape and the stupid thing kept popping off.  I finally decided to screw the pieces together. 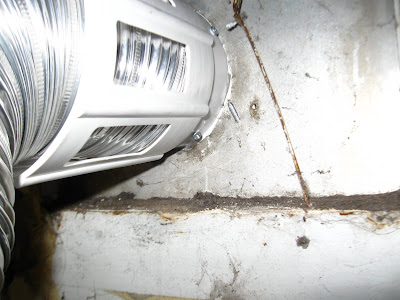 Bingo!  Why didn't I think of that before?  The only problem?  The light was still going off.

THE LIGHT WAS STILL GOING OFF.

My roommate and I had a very serious conversation about the light (we had both noticed it and gotten freaked out); my roommate solemnly informed me that it could be a ghost.  I was worried it was a mouse or some other critter.  I hunted around for signs of critters: droppings, nests, chewed stuff . . . but found nothing.

So my latest theory concerns the old stove downdraft.  My house didn't have a stove hood so the previous owners appeared to have one of those stoves with a downdraft that vented through the kitchen floor.  There was a hole in the kitchen floor with a duct attached. 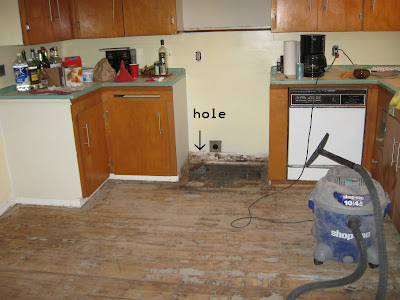 That hole was covered by the underlayment for the Marmoleum and I repurposed that duct into a vent for my portable AC unit in my bedroom.  But in the winter the duct was just hanging out doing this: 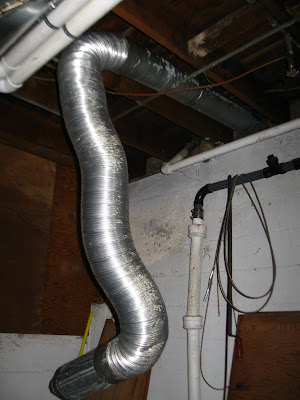 My theory is that it gets windy outside and air comes shooting into that duct and into the basement, causing the duct to swing.  I should have remedied this long ago.  I'm letting cold air into the house and basically left a fun slide for critters wanting to get into the house.  Like SPIDERS, OH MY GOD, SPIDERS.  Or mice.  Or whatever.

So I took the cover off the exterior of the house . . . 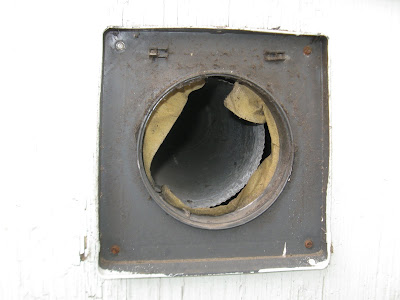 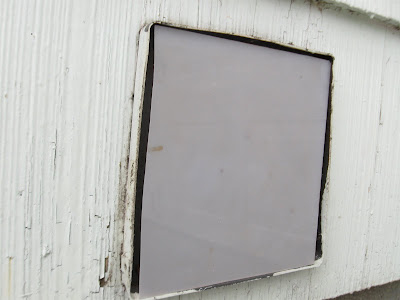 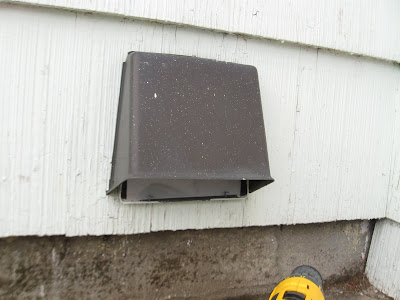 I'll keep you posted about the light.  I really hope this stops the light triggering because I don't want to consider the alternatives.  Like ghost-rats.

Edited to add: I did finally get a cover for my electrical panel.  It feels slightly less dangerous doing laundry beneath it now. 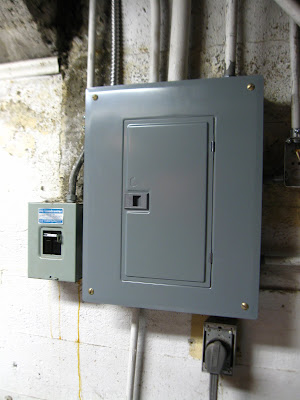