How I learned to embrace the early ranch.

On some design blog or another I found mention of a book called "America's Favorite Homes: Mail-order Catalogues as a Guide to Popular Early 20th-century Houses" by Robert Schweitzer. They recommend it for homeowners who don't know the style of their home. Hey, that's me! 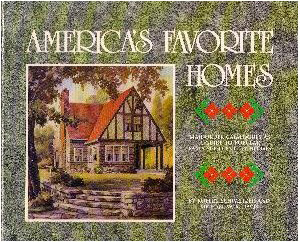 My house was advertised as a bungalow but that didn't seem quite right. According to the book, a bungalow (small b) is a generic term for any small home, so I guess my house qualifies. In contrast, a Bungalow (large B) must meet the following criteria:
They quote the architectural academic Marcus Whiffen as saying,


"The true bungalow is a small, single-story house; the attic space may be made usable by a solitary dormer or by windows in the gables, but anything approaching a full second story disqualifies the building for the title of bungalow in the sense that was recognized by the builders and owners of this type of dwelling. The adjective Bungaloid is applicable also to the numerous houses that do their best to look like bungalows while having a second story--houses "built along bungalow lines" as they were called." [Schweitzer, p. 151]

Whiffen sounds like he'd be a hoot at a party. 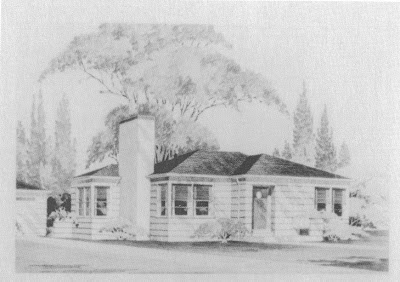 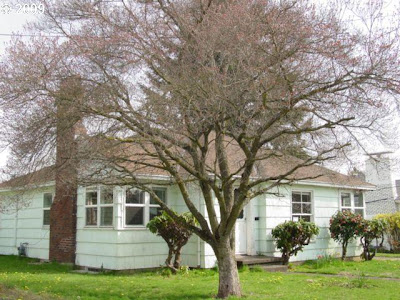 The roof lines, the placement of the chimney, the abbreviated front stoop (which they call "clever"), the wraparound windows . . . that's my house! The picture comes from a 1945 Sterling catalog and the style is a postwar or early Ranch. The house pictured above was called "The Marleen" and it was described thusly:


The Marleen Home is charming and modern--both inside as well as outside. At a first glance, it seems impossible to build so beautiful a home for so little money.  But Sterling Engineering skill, plus Sterling efficiency methods have achieved in this modern streamlined house, a distinct triumph of which we are justly proud. Also note the charming front door entrance with the clever seat arrangement. The door is of the flush plank design.  For the exterior side walls 3/4" x 10" wide siding is furnished.

The floor plan is everything that could be desired. It provides for a large pleasant living room with the modern treatment of the windows. A nice size dining room is included as well as a kitchen nicely located. Floor Plan "A" provides for two good sized bedrooms with a connecting hall to the bathroom and each with plenty of closet space as well as a linen closet conveniently placed. Floor Plan "B" is identical to that of Plan "A" except that it provides for a well arranged third bedroom. And note the modern treatment of the windows in the bedrooms.

Truly a home you will always be proud of. 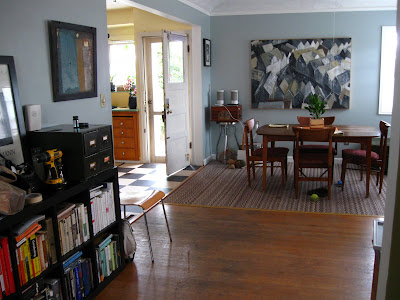 Two good sized bedrooms with a connecting hall to the bathroom and each with plenty of closet space as well as a linen closet conveniently placed? CHECK. 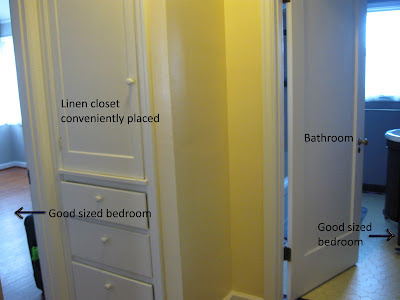 I like how frequently they admonish you to "note the modern treatment of the windows." Upon realizing my house is not, in fact, a bungalow, I felt like I had just found out I was adopted. But then I realized Sterling was right. My house is, indeed, truly a house to be proud of.
Now my house was built in 1938, seven years prior to The Marleen. So clearly Sterling is a bunch of copycatters.
Posted by Heather