Well, the earthquake retrofit is done. It was loud and very messy. I wore my safety ear muffs while I worked on my laptop. It made me oddly productive. 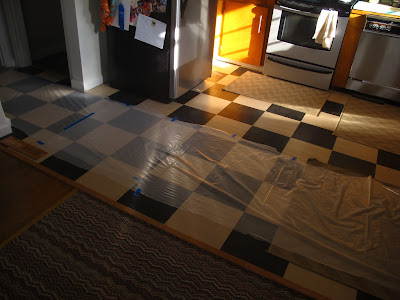 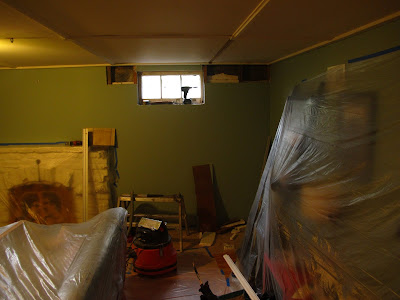 We went with NW Seismic. I was mostly happy with the experience. Two brothers own the company and the one with social skills comes out to do all the calculations. Then his silent brother and a sidekick show up to do the actual work. They showed up on my doorstep and said, "Hi."

"I take it here you're here to do the retrofit."
Nods.

At one point I asked, "So are you the brother?" and he was like, "Yeah, a lot of people call me his name because of the resemblance," and I almost said, "It doesn't help that you never introduced yourself." You're not Cher, not everyone knows you on sight.

Anyway, they had to cut away the drywall in the finished side of the basement, which is how I found out that the previous owner used sheets of styrofoam to insulate the walls. This probably has an R-value of 3. 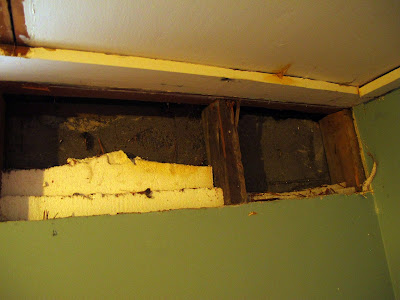 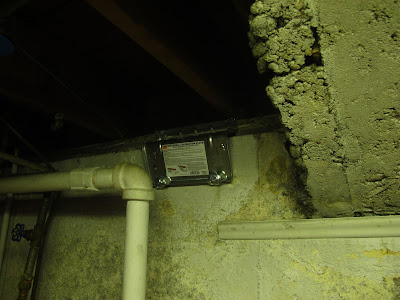 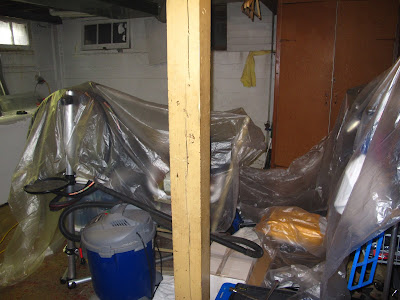 At the end of the day they just walked out the door without saying goodbye or asking for a check. I emailed the brother with social skills and told him what happened and he was like, "Oh, John was in a bit of a rush to get home and watch the Ducks game," and I wanted to scream, "THAT DOESN'T MAKE ME FEEL BETTER. Do you understand why that wouldn't make me feel better?"

Then our furnace stopped working and I had to call Jacob's out to service it. It turns out the emergency gas shutoff valve that they installed needed to be reset. Apparently when you install it, the device thinks it's an earthquake. So $90 later I know how to reset the valve. I'm trying to recoup that from NW Seismic.

So ask me after the big one if my house is still standing and I'll tell you if I recommend them.
Posted by Heather