I'm at that point in the gardening season where I want to do something, but if I want to do that, I have do this thing first, which means that I might as well do this other thing while I'm at it . . . and so now I have a bunch of projects going all at once and nothing's finished and everything looks like hell.

It started with this area on the back of the house, which faces north. I had the two shrubs back here ground out so I could start fresh. 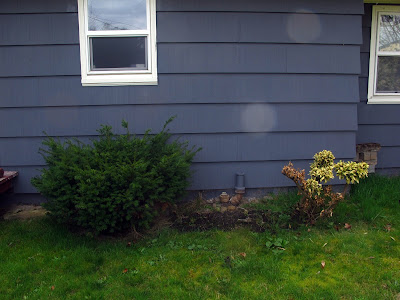 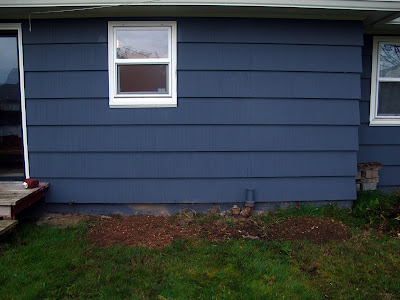 This is the first time I'll have an area in shade that isn't dry. Hooray! So I started removing sod. But first I felt like I needed to address the area under our little deck, which is weedy and pitted and not sloped correctly. 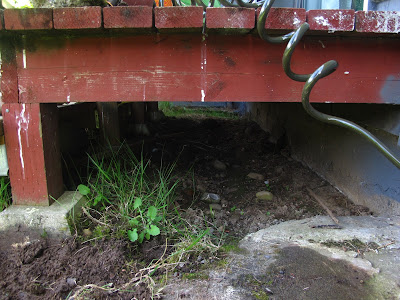 I took some of the gravel that had been languishing on a tarp in the front yard and dumped it under here until everything was level. 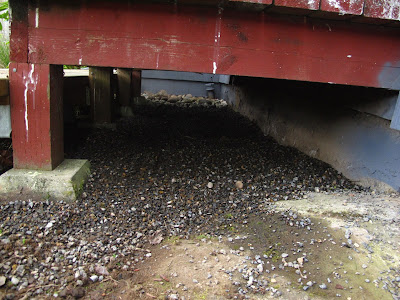 You'll never guess where the tarp used to be. 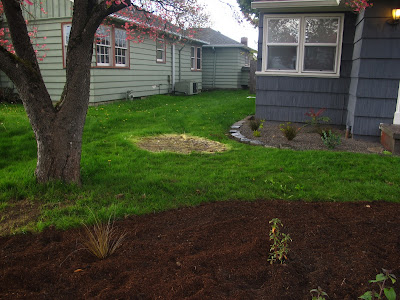 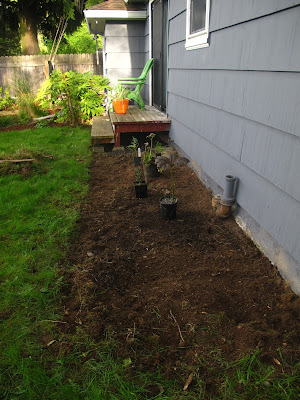 I had to stop to take photos because the light was so good that night. Also, I was starving.


I put down rock and I started planting, grabbing ferns and hostas from the side entrance, and the shrub mint and oakleaf hydrangea from under the cedar. And damn it if I didn't plant everything in two perfectly straight rows. What is wrong with me? 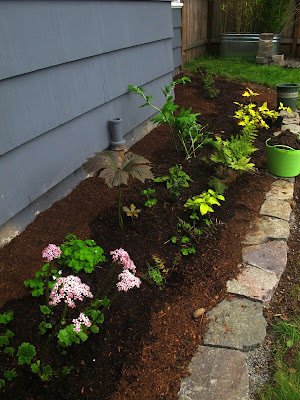 Every time I'd dig something up to move it so it wouldn't be in a line I'd somehow have a brain fart and the thing would end up back in line with everything else. And I ran out of rock, so this bed still isn't finished. How do you like that reveal?

As a palate cleanser, let's admire my new Darmera peltata. I bought it at the HPSO sale and the cashier proclaimed it "so ugly only a mother could love it." 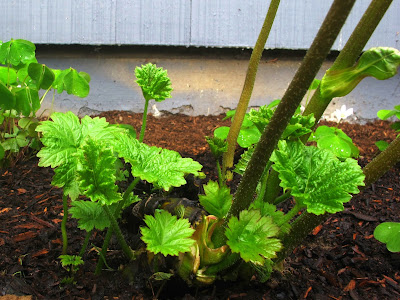 This Oregon native is a relative of rhubarb and its leaves will grow to as much as two feet in width. And they also have flowers, which aren't very exciting. 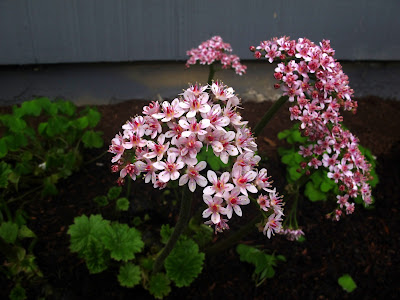 I told the cashier that, come summer, she'd be jealous of my ugly plant. She just may not be jealous of the rest of my garden, which is a swampy half-finished mess.
Posted by Heather