Greg and I have a running joke. He asks me what I'd do if I won the lottery and I always reply, "I'd put insulation in the attic." And I really would. We have some loose insulation in the attic that doesn't do much to keep the heat out of the house in the summer. If I won the lottery I'd apply to be on This Old House, fan-girl over Tommy, have them fix everything in the house, and then live there forever. I'd finally buy that black daphne too. 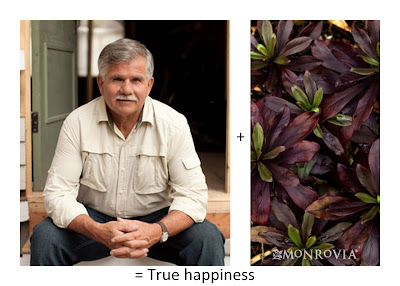 Greg and I are taking a bit of a step and he is investing in the house. He's going to pay for some big stuff, like installing insulation and updating the electrical.

I contacted Clean Energy Works a while back to an energy audit on the house and draw up a bid for making our house more energy efficient. The proposal includes insulation in the attic, floors, and walls, as well as gap sealing. We're going to be working with Neil Kelly. It's one of those things where we need the electrical upgraded before we go blowing in insulation in the attic, so I've found an electrician to do the work. The harder thing has been finding time where he can get it done. I took off to California this weekend for my niece's birthday and Greg texted me that the electrician was mapping out the electrical in the house and "it makes no sense."

Tell me something that I don't know.

So yeah, we're having him pull all of the old original Romex (the cloth covered wire that disintegrates every time you touch it) with new Romex and wiring everything in a way that makes sense. He's also going to do fun things like put the microwave on its own fuse so the lights don't dim when you run it.

All of this is to say that I've been so busy trying to coordinate with a busy electrician and keep the house supplied with cool beverages and Romex that I neglected to take photos of the Casa Blanca lilies that came and went. They smelled nice. 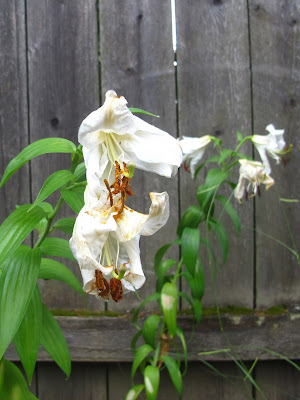 I did have the wherewithal to create a drinking/bathing station for pollinators. (Do I want to know why there's a rock pie in the veggie beds? Greg asked. No, you probably don't.) 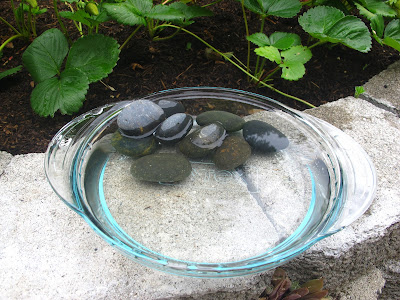 So yeah, July was here. I put some rocks in a pie pan. Have you accomplished anything bigger?
Posted by Heather