Where do your bumblebees sleep?

In my garden I usually find male bumblebees crashed out on the Agastache 'Golden Jubilee' in the front yard. Scott posted a great shot on Facebook of a bunch of bumbles crashed out on his Persicaria 'Lance Corporal.' I wonder if they are attracted to chartreuse or if it's just a coincidence?


But sometimes shit gets real. 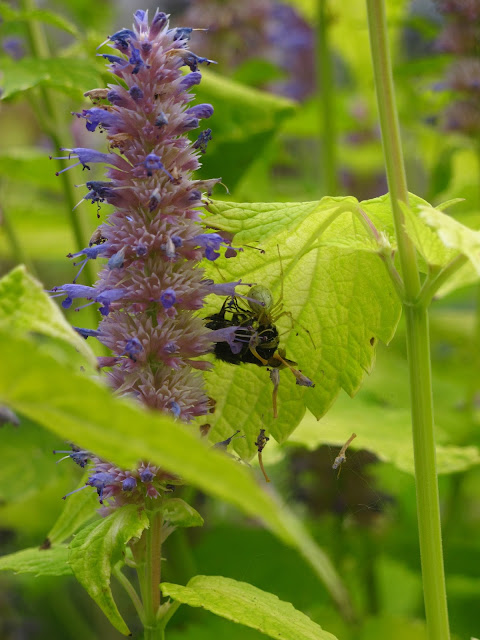 I think this is a crab spider (M. vatia), which can slowly change its coloring to match its surroundings. 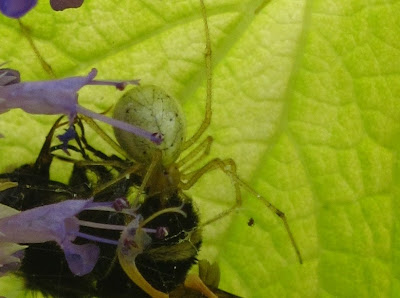 The other day two bumblebees and a wasp were involved in a buzzing, rolling death match in the front garden. They were spinning through the air, wrestling, then bouncing off the ground . . . it was fascinating and kind of scary.

Greg yelled, "What should I do? Should I break it up!?" and I swear I've never loved him so much. I also haven't laughed that hard in a while. He's awfully nice to me.
Posted by Heather