Plaster dust does nothing to cover gray hair, just FYI

Whenever I take photos of my dining room (which isn't all that often) I try to crop out the light fixtures. 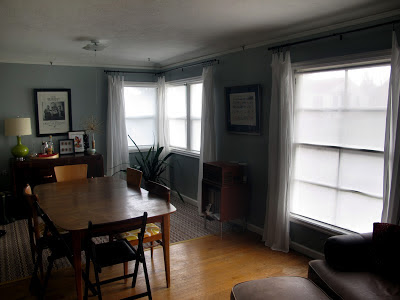 They are ugly and utilitarian and they make a terrible humming noise if you try to dim them.


I never noticed that they're not even aligned, to boot. It took cutting holes in the ceiling for me to notice this. 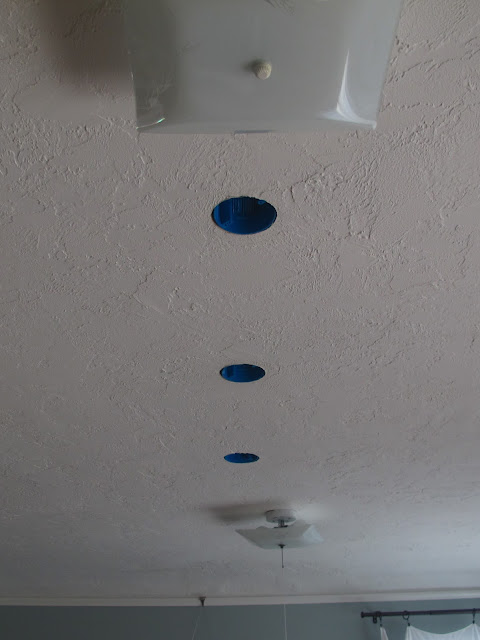 Greg (an engineer) was like, "How have you never noticed that those lights aren't aligned?" and I was like, "Oh, I don't know, I've just been exploring the wonder of the natural world and worrying about bumblebees. God." 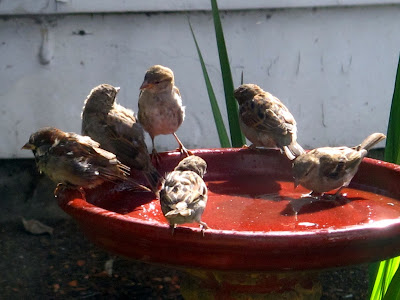 Except in reality I've been watching The Bachelorette and playing The Simpsons Tapped Out on my iPad. You know, the important things in life. 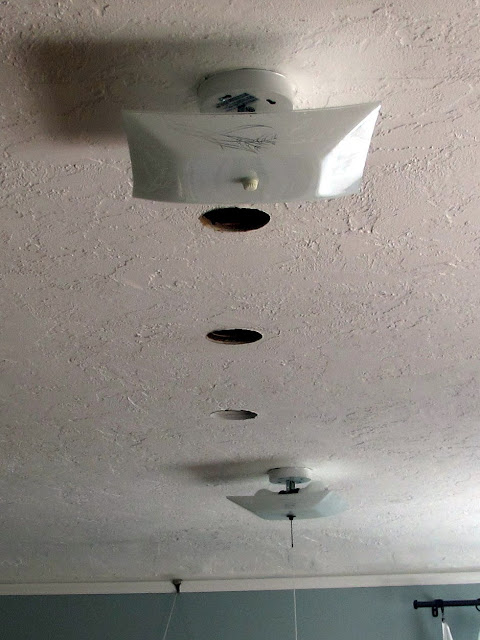 I got to use the hole saw to punch those beautiful holes in the ceiling. I wear glasses, which I thought would protect me from the falling debris but I ended up with two eyes full of plaster crud, which was awful. Our electrician went and grabbed his safety goggles for me, but I couldn't wear them with my glasses so I had to operate the hole saw blind, basically. I qualify as legally blind without corrective lenses, so I'd like a medal for getting three perfect holes in the ceiling (Greg was in the attic) without any blood loss.


You have not lived until you've passed tools back and forth to your love through a hole in the ceiling while trying to discern what the other is saying.

Mumble mumble barn owls.
THERE'S AN OWL IN THE ATTIC?!?
I said I needed a drill bit! Focus, Heather. 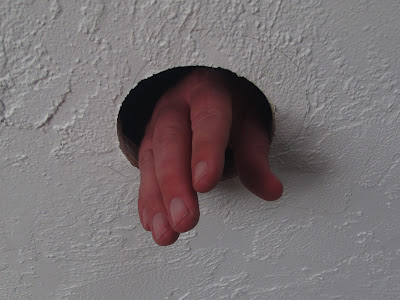 The house was a mess and it took multiple showers to get the plaster out of my hair, but we got the electrical boxes installed and they are ready to be wired. 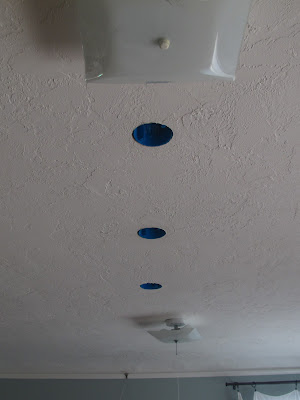 This was all a walk in the park compared to picking out light fixtures. I don't think Greg and I would ever survive a full-scale remodel and all the decisions that come with it, unless Jimmy Carter was involved. We finally found one single light fixture that neither of us hated, based on this picture: Greg worked some Photoshop magic to mock this up: 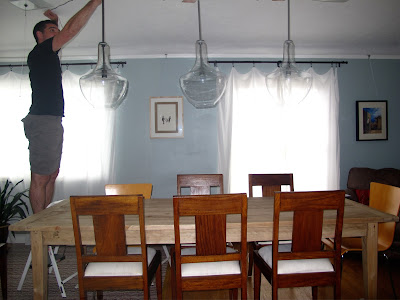 I thought they were too far apart, so then we switched it to this: 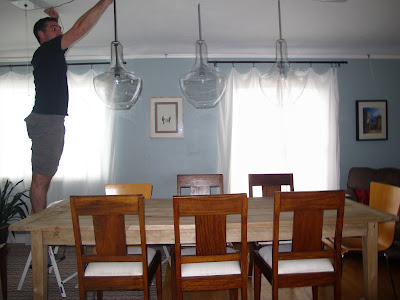 But the attic beams conspired against us, so the final placement is somewhere between the two. Hopefully our electrician will be finishing up the attic work soon so we can ditch the old lights, patch the ceiling, and hang the new lights. 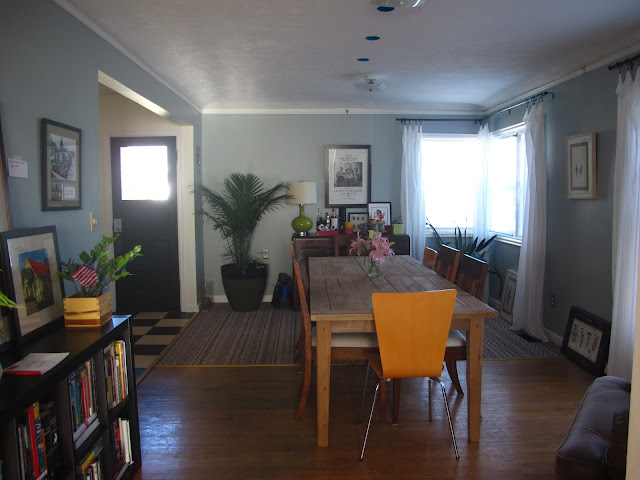 Grody carpeting, I'm coming for you next.
Posted by Heather