I guess you could say I'm a fan

Since we're preparing to install insulation and upgrading our electrical, and blah blah blah, I asked our contractor to sell me one of those super quiet super fans that Panasonic makes. He told me it would be cheaper to just have my electrician install it, BUT! I suspect he knew that the plaster would end up cracking and that's why he gave me this advice.

So yeah, the plaster cracked when we were cutting a bigger hole for the new fan. It wasn't even our fault; this was one of those weird places where there were short bits of lathe left and when we tried to cut through them everything crumbled. 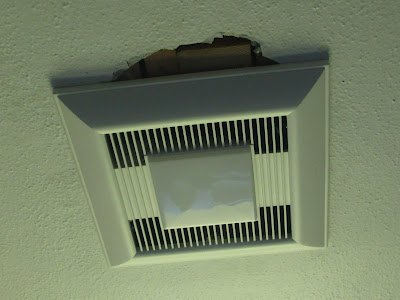 So I watched some videos on YouTube about patching plaster and headed to Home Depot for supplies. There was a column of hot air coming down from the attic so I wanted to get it patched as soon as possible. I used the wrong kind of screws to connect the wire mesh to the ceiling but it seemed to work okay. 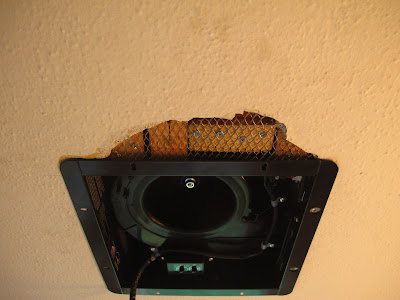 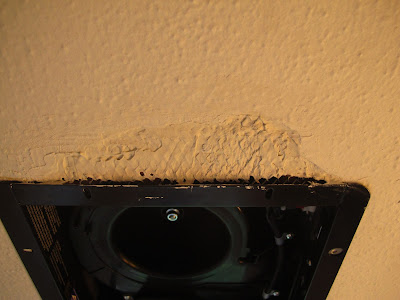 Oddly, my plaster job didn't look as smooth and beautiful as the guy's on YouTube. Of course, we have a weird sanded texture on the ceiling that I was never going to match. I'm thinking about having a pro skim coat the entire bathroom, since I did such a poor job patching when I first worked on it. 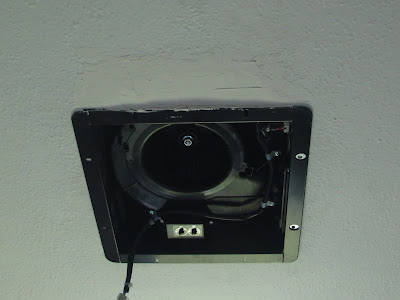 Shitty patch job aside, this fan is awesome. It's hard to tell that it's on, especially if air is blowing through the register. Our old fan sounded like a jet engine and we had it rigged up with drinking straws around the edges so it wouldn't rattle so badly. Really.

The bathroom mirror no longer fogs up when we shower, it pulls steam out so well. The window does fog up but it clears so much faster than before. 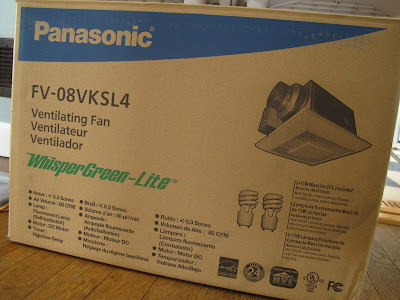 They have a whole line of super fancy fans, some of which have motion detectors incorporated (!!!) and I think there's even one that murmurs you look nice today when you turn it on. Highly recommended.
Posted by Heather