The bedroom! An outward manifestation of my capriciousness!

While Greg was gone and I was painting the dining room, I also painted the bedroom. For anyone keeping track (me, Greg, psychiatrist), this is the third time I've painted it. I picked this color out myself so I can't even blame Anna if people don't like it. It's Stained Glass by Benjamin Moore. 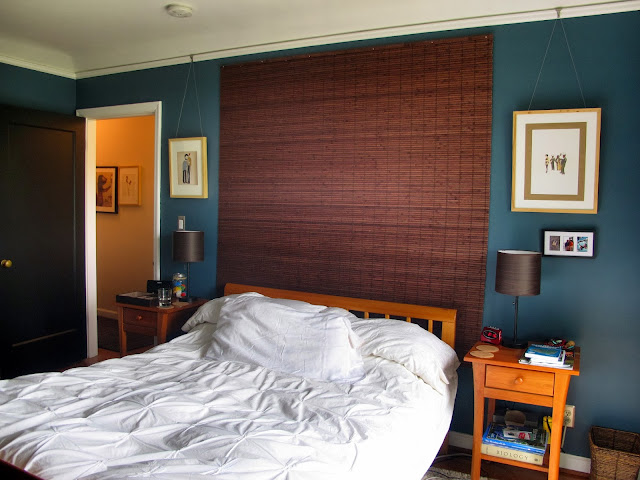 I promise it's not the same color as the dining room. It's darker and bluer (and very hard to photograph). 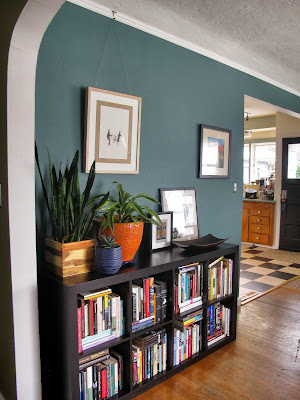 I think whoever prepped this house to sell was worried that they would run out of paint, so they decided to paint two walls in each room one color, and the other two walls a different one. The paint colors were all mis-tints bought from the clearance bin at Home Depot. I know this because they left me the cans in the basement. This bedroom had two pale green walls and two French blue walls. 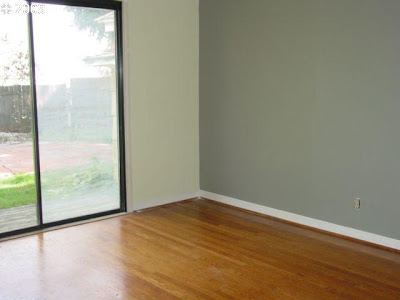 I initially painted it Cilantro Cream by Behr and it was okay. 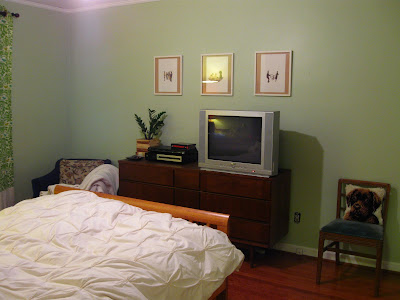 Then Greg was going to move in and I decided I had to repaint the bedroom. So I tried to get a color match to the spare bedroom color, which was a Metro Paint color. Because Metro Paint is made from recycled paint, there's no consistency to their colors. The color match wasn't very good, but again the color was fine. Pale blue. Like the dining room.


But now it is dark and delicious and I love it. Why are interiors so hard to photograph? 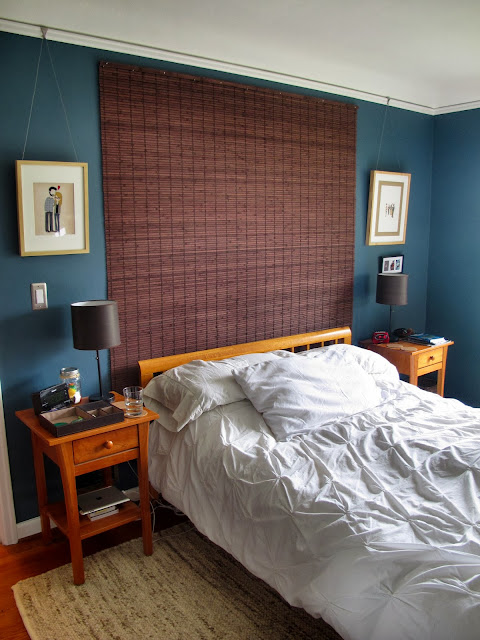 I really want brass swing-arm sconces instead of those dinky bedside lamps. I don't care if I'm blindly following fads, I think they're pretty: 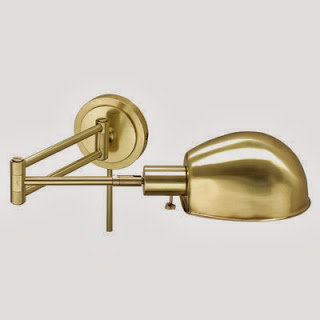 I used to read books but then I discovered TV, which is like reading except it's less effort and you can surf the web while you do it! This TV is old and weighs over 60 pounds, so I had to con my friend Bill into helping me get it off the wall before I could paint.


I have something in the works for new drapes, which will hopefully be less labor intensive than when I sewed the living and dining room drapes. The sweater rug at West Elm went on sale recently so we got an 8x10' rug for $350 but now I'm wishing I'd gone with the darker colored rug. And not just because I'll probably spill wine on it. 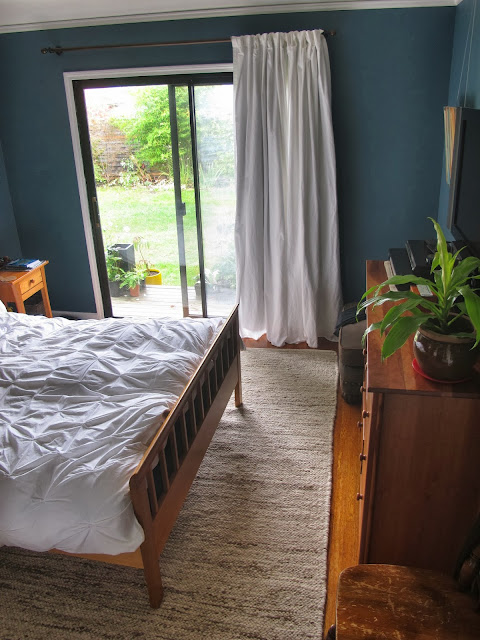 At the very least we need a new duvet cover, no? I think this one deserves to be replaced after all the wine it's put up with. What color would you go with?

I'd like to incorporate more plants in the room as well, but being so accident prone = no plants on the bedside table. Two things recently made me laugh until I almost peed: an article from The Onion "Man Puts Glass of Water on Bedside Table in Case He Needs to Make Huge Mess in Middle of Night" (thanks Scott) and this photo on Pinterest: 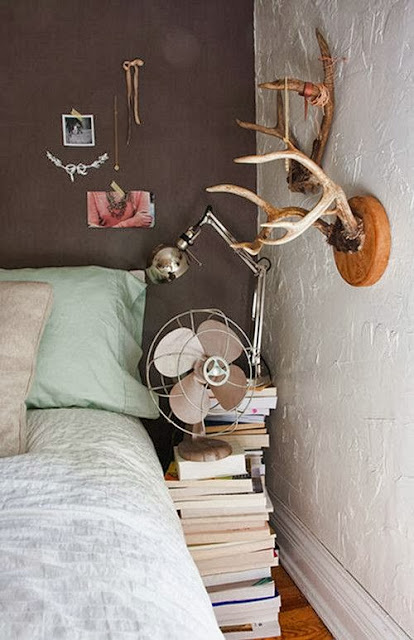 Everything was fine until I got up to pee in the middle of the night, tripped over the stack of books, and impaled myself on the antlers hanging on the wall. 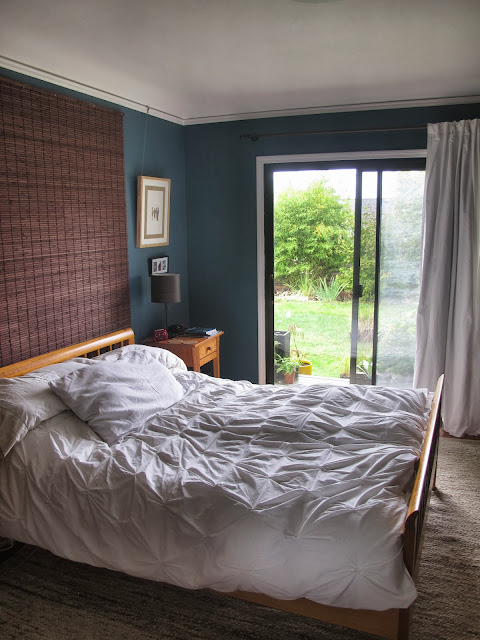 If you're wondering what Greg thought, he likes it! In fact, he's digging the more saturated colors so much that he thinks we should repaint the spare bedroom. 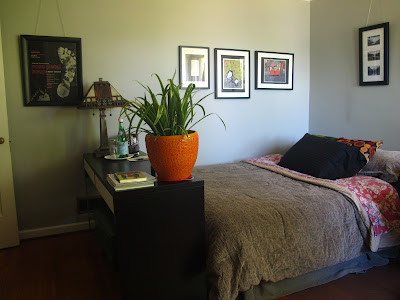 I'm thinking I should let him have the fun this time and I'll just watch. Painting is a lot of work and I have so many things to spill on the new rug.
Posted by Heather