A visit to the Limahuli Garden

Toward the end of our trip we headed to the north end of the island and took the highway as far as it goes, to one end of the Na Pali Coast. The Limahuli Valley was one of the first inhabited areas of the Hawaiian islands and it has been established as a National Tropical Botanical Garden (other gardens I've toured include McBryde and Kahanu). 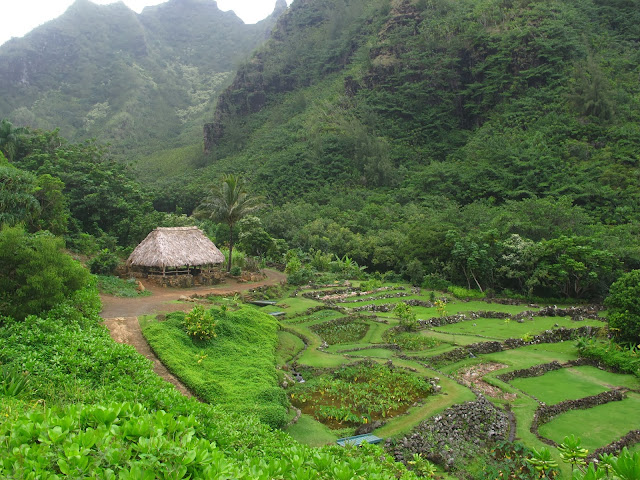 "Set in a narrow valley framed by soaring cliffs, Limahuli Garden and Preserve evokes the history of Kaua`i, and of the Hawaiian Islands. Born of volcanoes and isolated by thousands of miles of ocean from the rest of the world, those few species of plants, animals, and insects that arrived on these remote and barren shores had millions of years to evolve into unique forms found nowhere else on Earth." [Source] 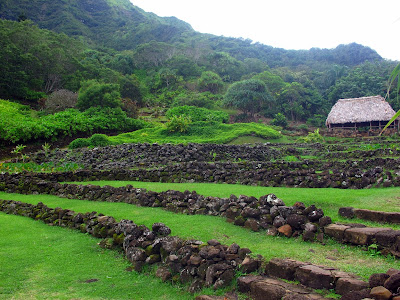 The terraces at Limahuli Garden were built 700 years ago and incorporate canals that carefully divert water from a stream to water the crops of taro grown here. 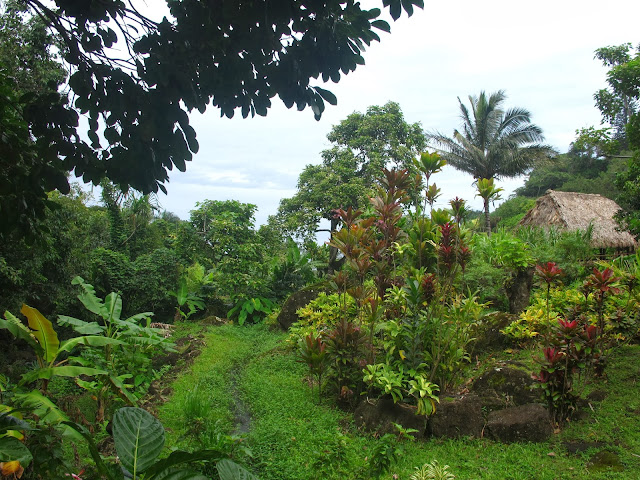 This is my color! I love it! 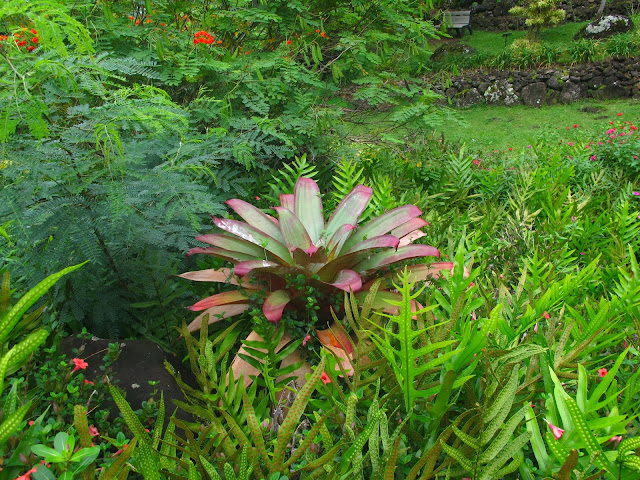 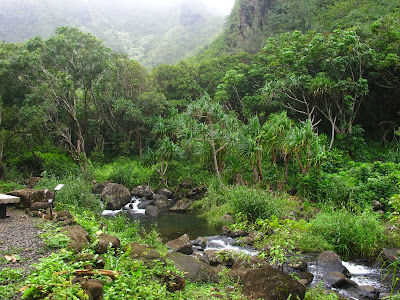 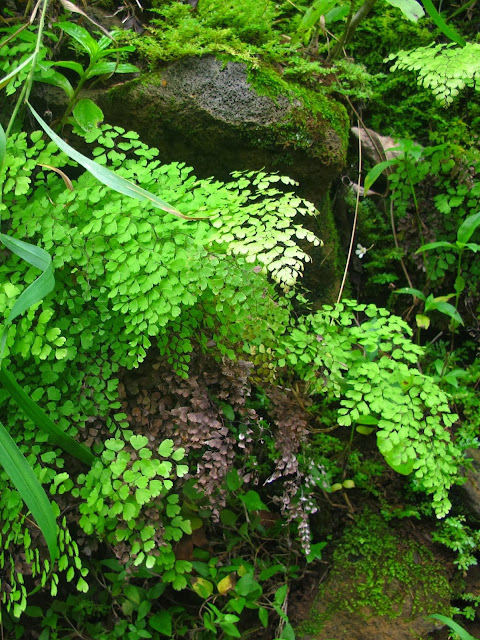 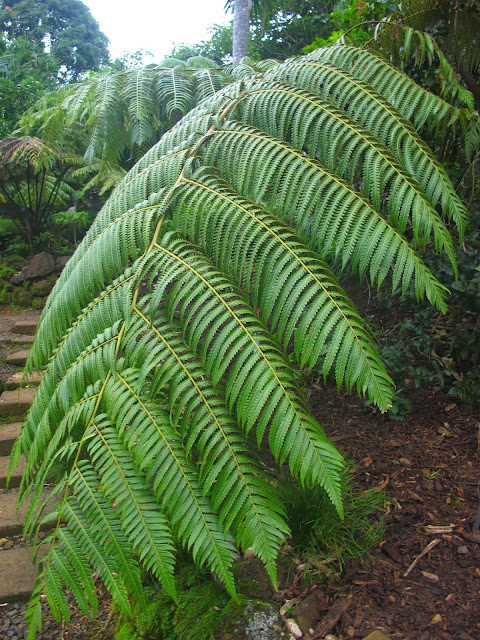 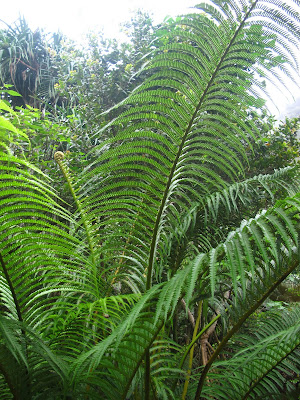 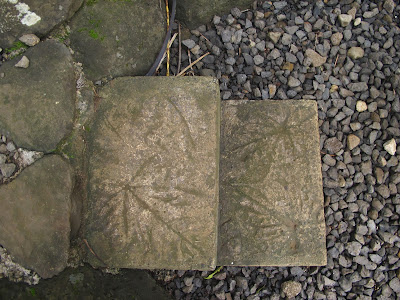 If you're ever on Kauai I really recommend this garden. It's beautiful and it's stuffed with incredibly rare plants that you won't see anywhere else in the world.
Posted by Heather