Vines, all the vines!

I've been installing trellising material on every surface available so I can garden vertically this year. 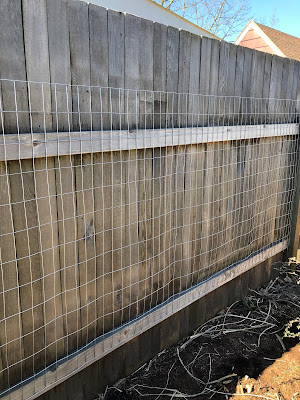 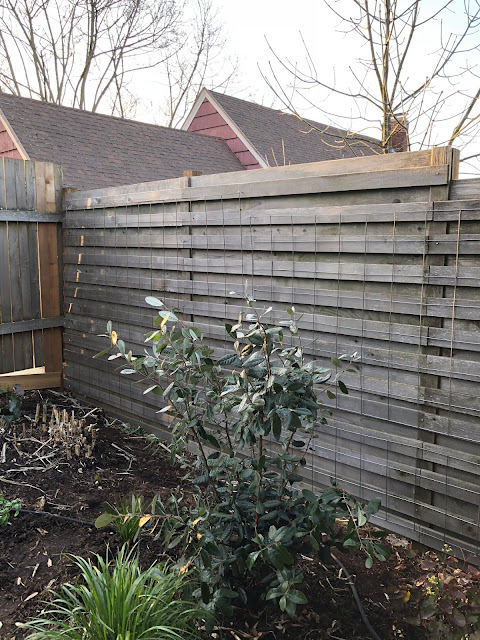 
I actually have a lot of vines planted in my garden, but they all look terrible because they clearly state on the tag, "NEEDS SOMETHING TO CLIMB" and I said, "Is that really important? Eh, they'll evolve or something without support. I'll just let them figure it out."

This doesn't work. They all lay about on the ground getting eaten by slugs and looking terrible. So I'm supporting my goddamn vines for once. And I'm planting a LOT more of them.

What I already have:

Akebia longeracemosa 'Victor's Secret'
This poor vine has been hacked back twice, once after we removed the franken-fence from the side entrance from the garden, and again when I installed the trellising. The vine had created such a complicated french braid with about a thousand tendrils that I had to cut it way back and try to salvage a couple of strands with buds on them. It's a pretty vigorous vine but not as bad as, say, Clematis armandii. 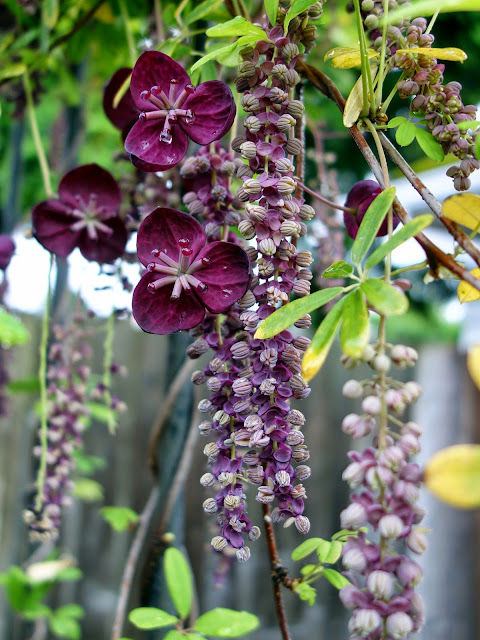 Clematis cirrhosa 'Wisley Cream'
This is a super tough evergreen vine that blooms in winter. I think I want to plant another one to scramble up the front of the former franken-fence so I can see it from the kitchen window. 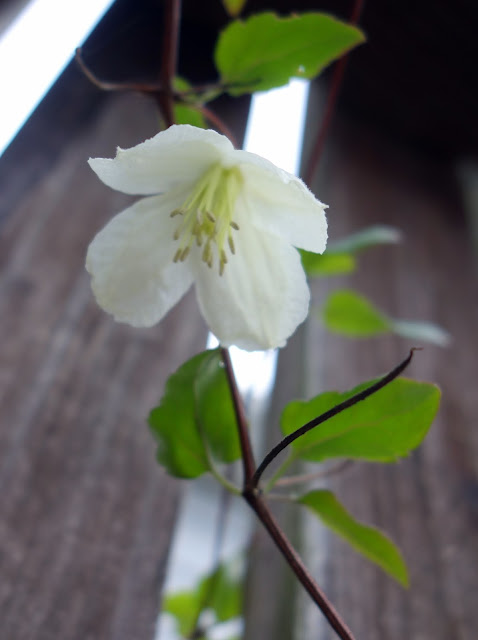 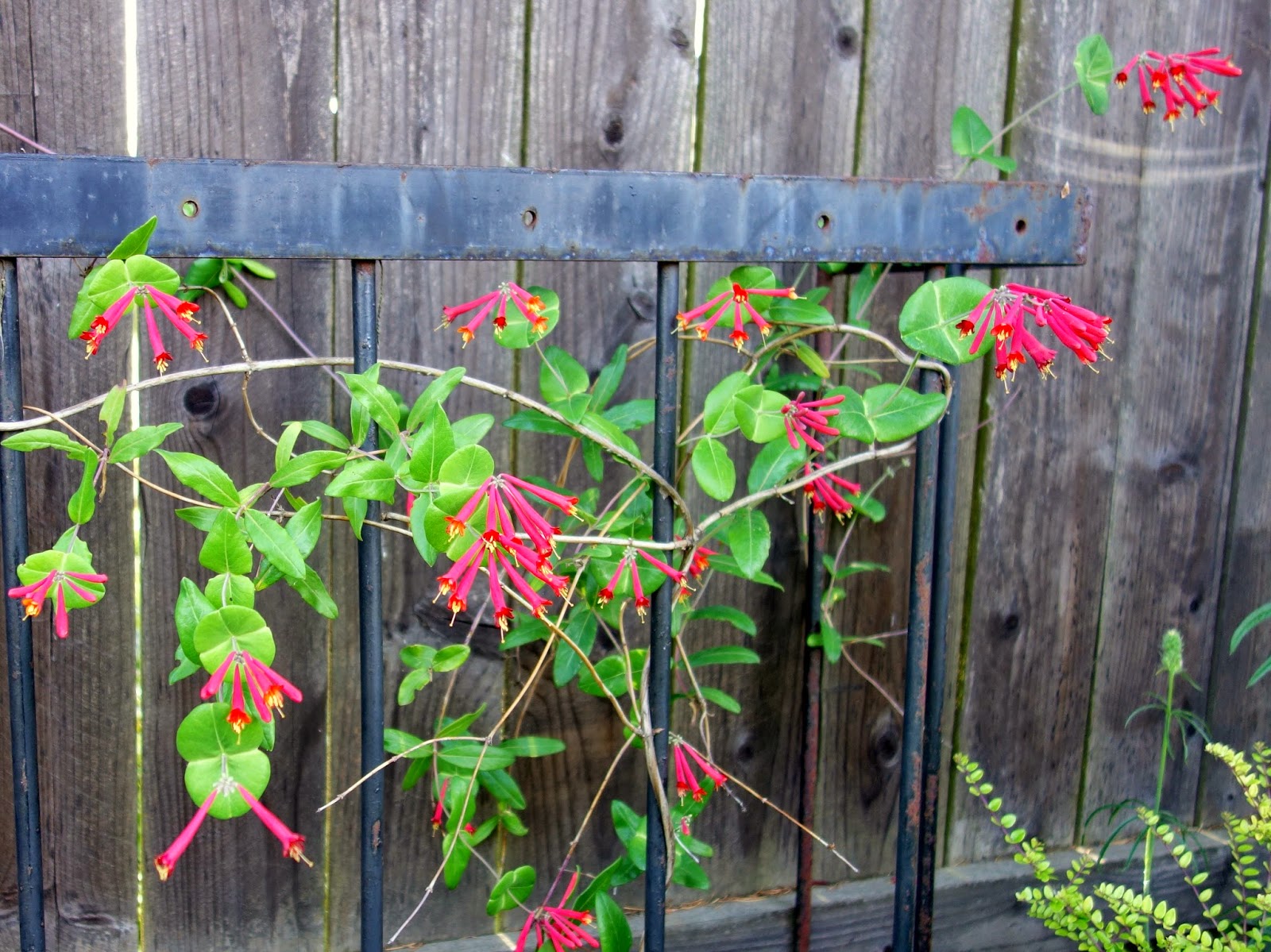 Trachelospermum jasminoides
I planted this in 2011 (to hide our trashcans) and it only took about four years to completely cover this trellis, maybe less. The flowers smell amazing and when I get my shit together to give it some summer water, it reblooms. 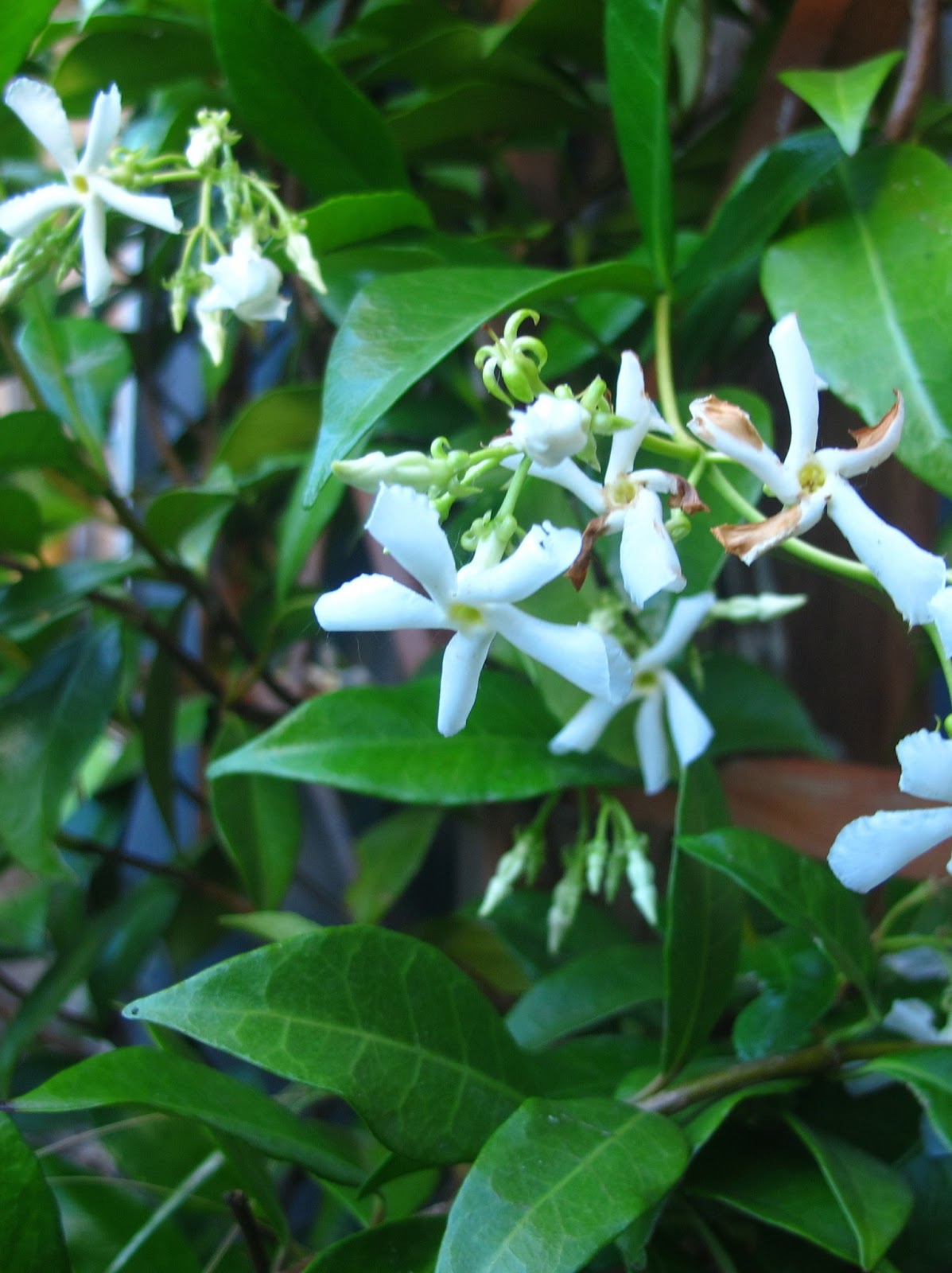 Lonicera periclymenum 'Serotina'
Scott and I were walking through Cistus Nursery when we got hit by the most amazing fragrance. We ran around trying to figure out who it was and I came home with this vine. Have the flowers ever been fragrant at my house? I don't think so. Do I care? No. Look at the flowers! That's good shit. 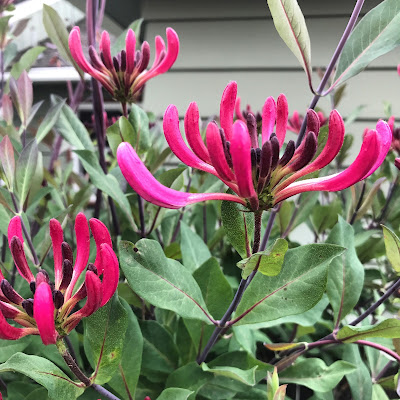 x Fatshedera lizei 'Annemieke'
I saw this vine on Loree's blog and fell in love. She responsibly texted me from Garden Fever and said, "They have it, get down here now, missy." This vine is perfection and grows in complete shade. Thank you, Loree. 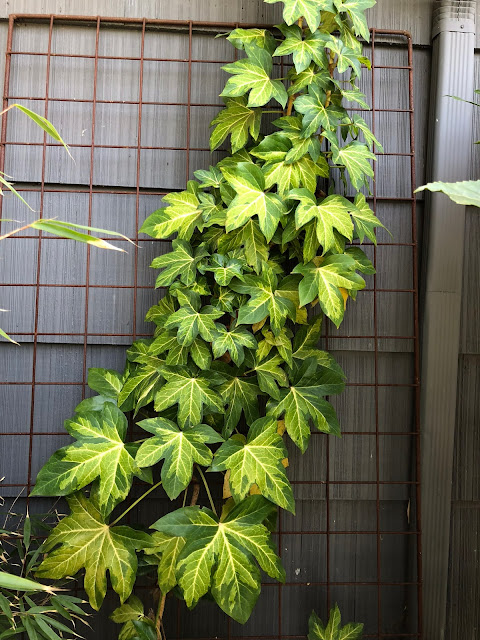 Schizophragma hydrangeoides 'Moonlight'
I bought this vine so many years ago but never gave it anything to climb so it has largely looked like a mangled piece of rope, trailing through a pile of Doug Fir dander. It should look like this.


Parthenocissus quinquefolia 'Troki'
"Haven't I seen that growing on a freeway embankment?" you might be thinking to yourself. Yes, you have. I love it anyway. 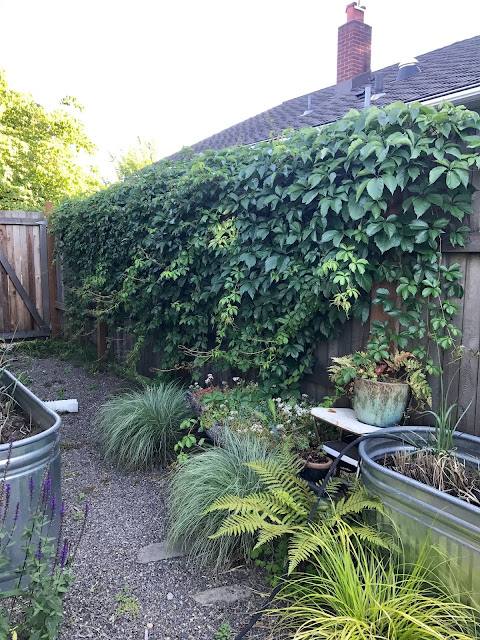 Clematis jackmanii
Another one I haven't given a trellis to. I also don't water it when I should. I'm going to be better this year, I swear. 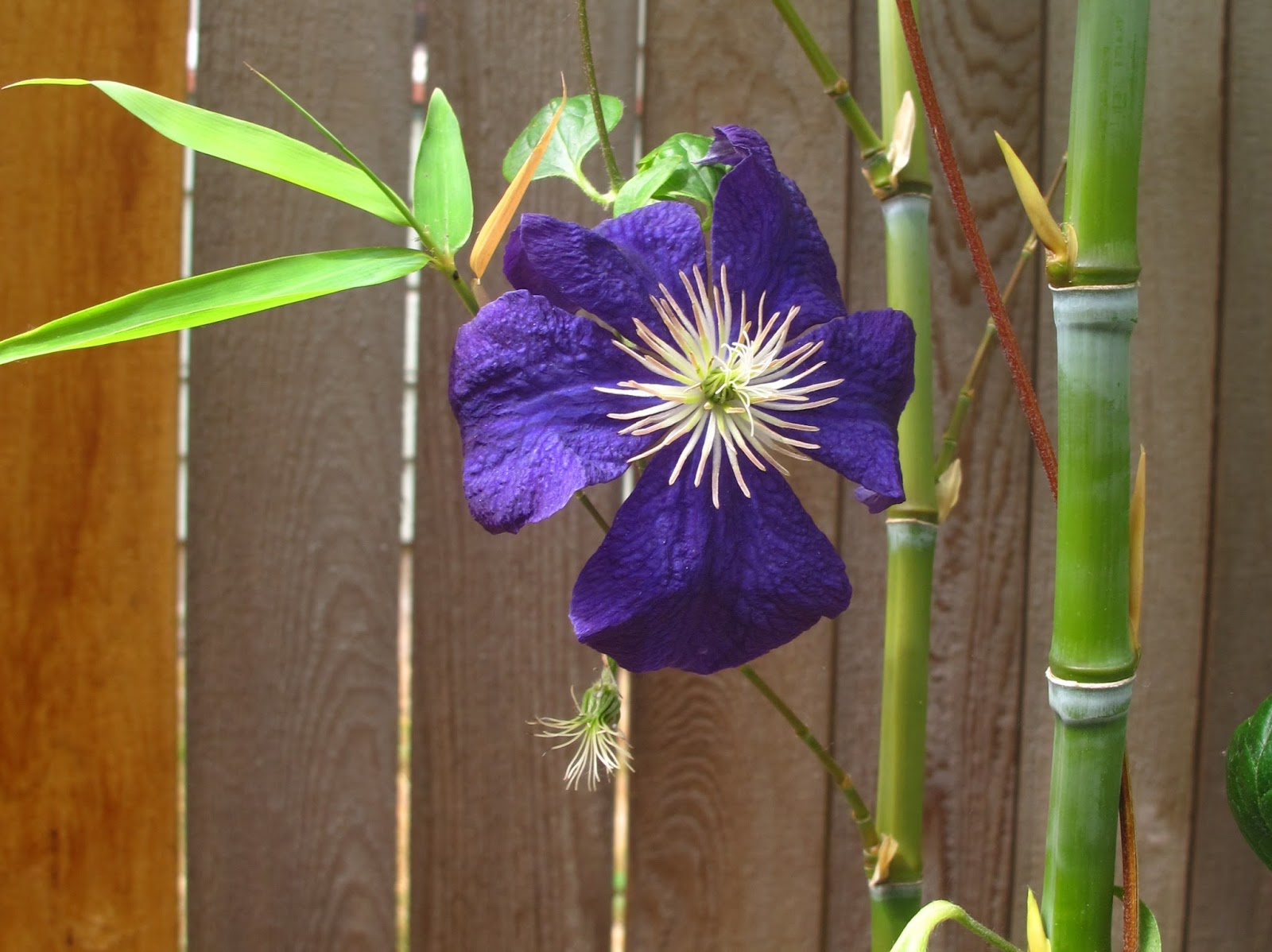 I've bought and killed a LOT of other vines but I won't bore you with that. Things that I have planned for purchase include:


Passiflora actinia (I'm treating this one as an annual)


Sweet peas (Lathyrus odoratus)! I've never grown them before and I currently have 'April in Paris' and 'Navy' in the ground.


Clematis 'The Countess of Wessex'


Do you have any vines you can't be without? I've got trellises for days and my ears are open.
Posted by Heather