My friend T has a pretty awesome hookup with a gardener/nursery that specializes in native plants.  I've been able to get all of my ferns, bleeding hearts, and other plants very cheaply.  As a result I've bought eleventy million ferns.  The shade garden is filling out nicely, though T came over and admonished me for not controlling the weeds and invasive plants better.  I felt like I'd been caught eating frosting for breakfast.

Not that I've ever done that. Ahem. 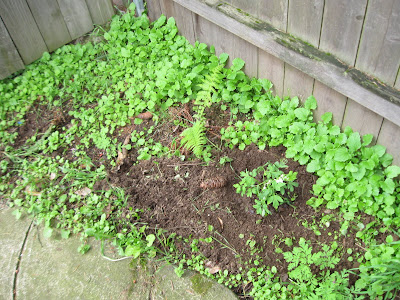 So I did some bushwhacking this weekend, which probably wasn't advisable considering the hacking cough I have.  But it needed to be done. To wit: 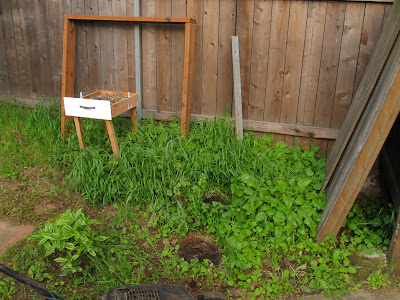 I planted mock orange and heuchera and soon dianthus will join them. 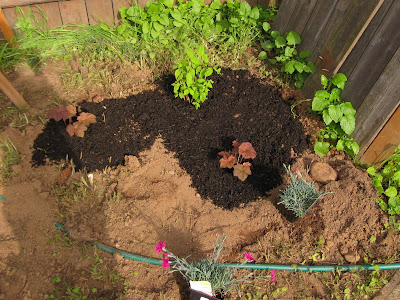 And I weeded and weeded and weeded and moved the ocean spray about a foot and put in a King Edward VII flowering currant.  Is this too much in one place?  Maybe.  Originally I wanted to remove the mystery willow but I've realized you shouldn't look an established green thing in the mouth.  Huh? The ocean spray is the tiny one in the middle where the hose ends. Someday it will be 15 feet!
I put down some mulch in the shade garden which makes it look much more formal and finished. 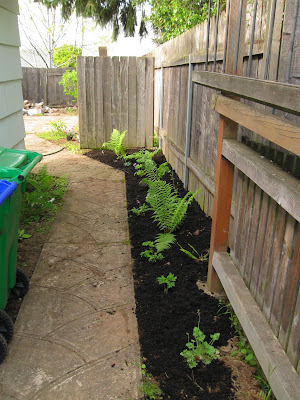 I like things a little more overgrown and feral looking, so hopefully these will continue to grow and spread and look less . . . planned.  In the meantime I'm digging up a LOT of Spanish bluebell.  It spreads by bulb AND by seed!  It's the bane of my gardening existence. 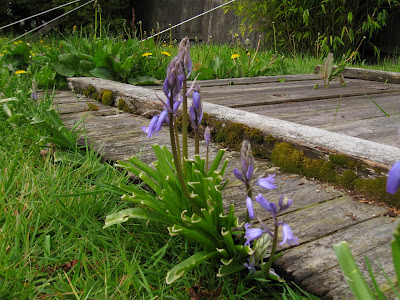 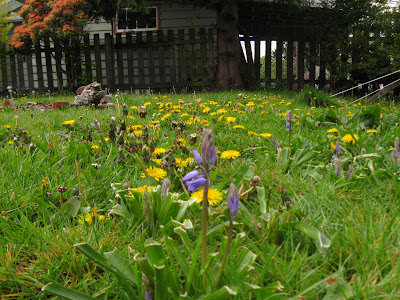 And blackberry.  'Cause I don't have enough to do back there.