I was just going to move one plant.  But because nothing can ever be EASY it turned into an excavation.  I was moving my nootka rose and I found some blackberry, so I dug it up.  And then I started clearing the brick that is littered all over the north side of my patio. 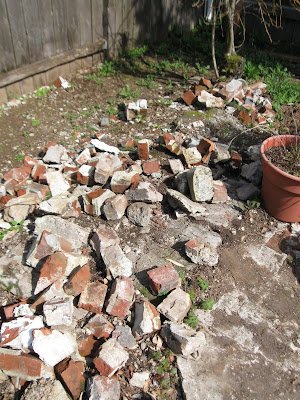 Remember when we tore down the shed and found those bags of concrete that had gotten wet and solidified into huge heavy rocks?  I guess they had used them to extend the patio or something because there were a whole bunch set in the soil. 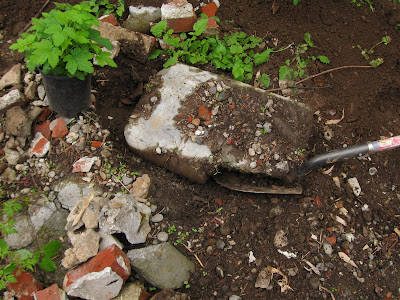 So I pulled out a lot of concrete.  Again. 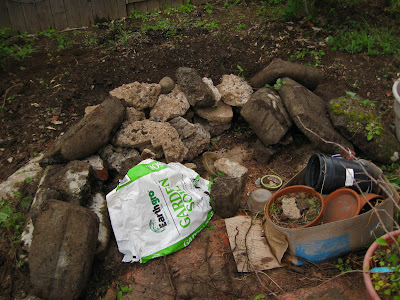 There's so much buried rubble in this part of the yard it's almost impossible to plant without excavating it. 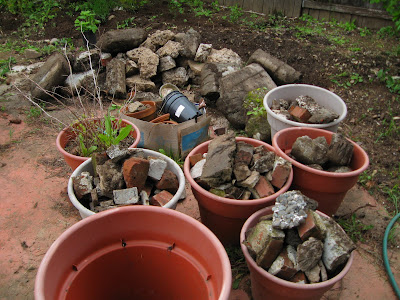 But! I've gained about four feet in planting space I didn't know I had before.  Excellent news! 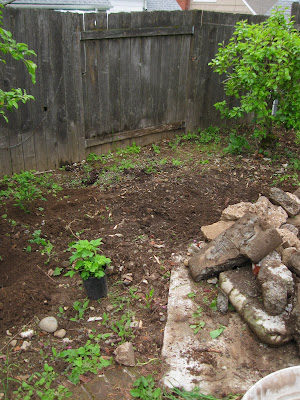 I thought I had all the big chunks out but then I started digging the next day and found more. 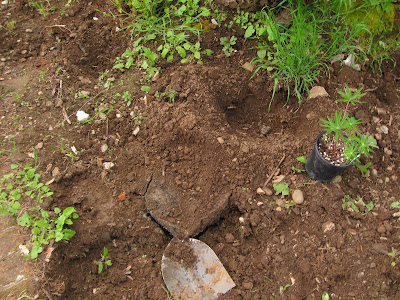 And more.  And then I found a hatch. 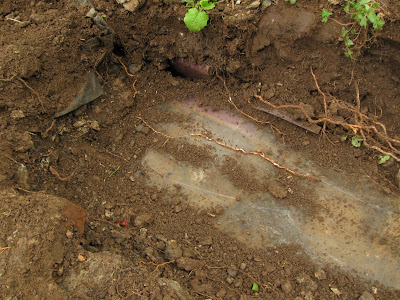 I was pretty sure that this time I was definitely finding a dead body.  There was a plexiglass window lined with what I am guessing was the original bathroom tile (which is awesome because I wondered what it looked like), underlaid with huge chunks of concrete.  The flat side was up, so I think they may have used this as a firepit?  Or maybe they just liked burying concrete, I don't know.  The people who lived here before made weird decisions. 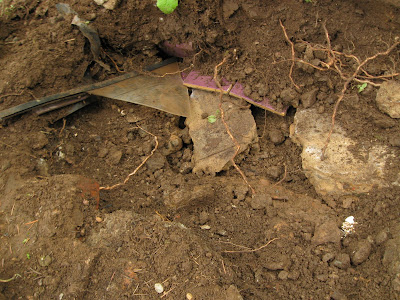 I was hoping to find Desmond down here (Mom, this is a reference to the TV show LOST) but I found something almost as hot: firefighters! 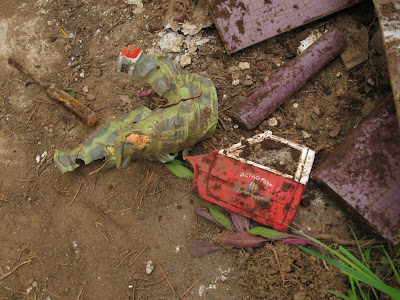 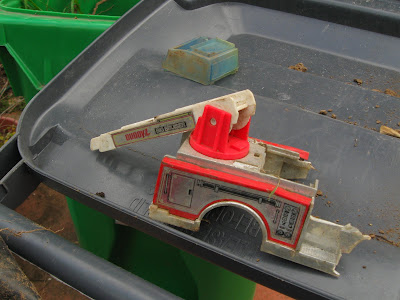 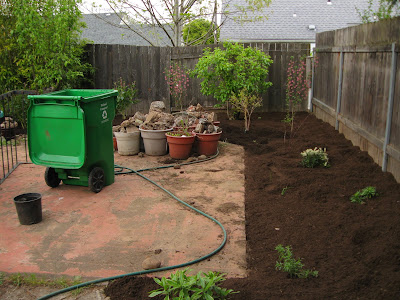 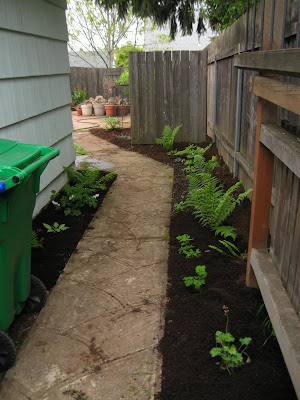 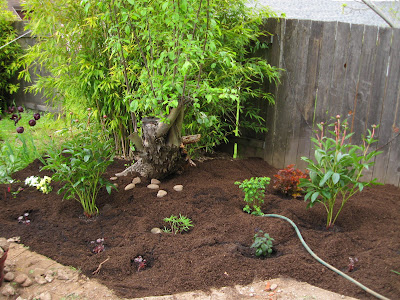 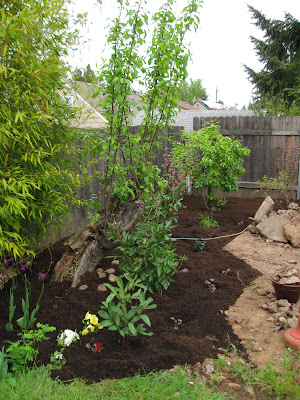