The irony is not lost on me 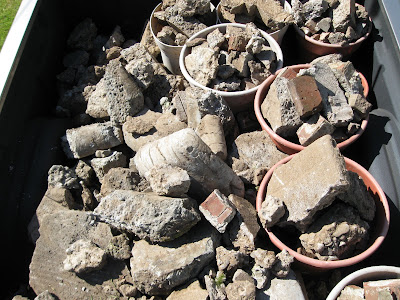 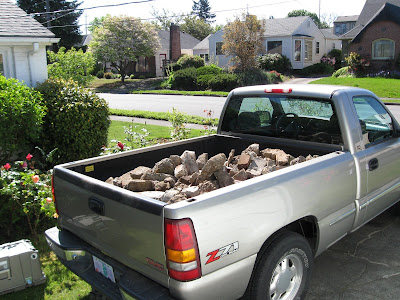 . . . and was taken to the recycling center. The load was 1900 pounds.  Then I headed to Lowe's to pick up twice as much concrete, but in a different shape: retaining wall stones.  I had to do it in two loads but it was pretty nice because they used a forklift to put it in the truck.  For some stupid reason I thought I was going to have to load them manually.  This is why I don't work for NASA, even though I have strong ideas about memory foam and super quiet pans. 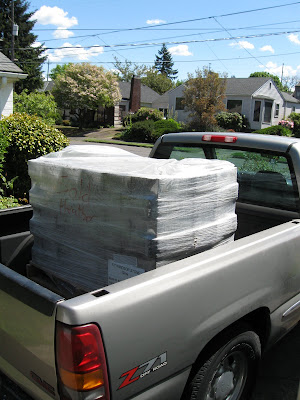 The stones weigh 25 pounds each, so I could only move five at a time in the wheelbarrow.  In my personal hell I do this all day but there's also some sort of electronic beeping going off.  I hate beeping.  I got the general shape laid out and then I lost steam and had to eat all the pizza.  I'd moved 7,150 pounds and, yes, I will be telling this statistic to anyone who will listen.  They might have a tiny violin to play for me. 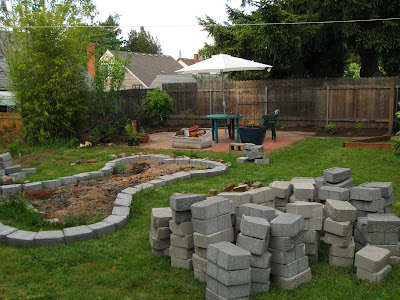 On Sunday I set to building, which took way longer than I expected. You have to dig out the lawn under the stones so they are level and stable.  You also have to smash your finger in between two of them, bruising the top of your ring finger.  It makes handling things with your hands extra painful!  This why I don't work with sharp things for a living.  The fact that I still have all my fingers and toes, as well as two (mostly) functioning eyeballs, almost makes me believe in miracles. 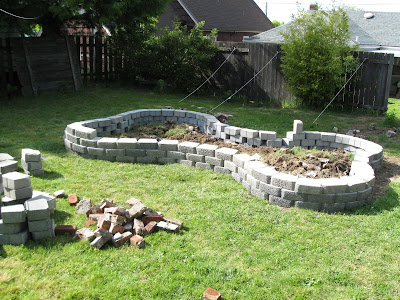 I got three rows high, 12 inches off the ground, and thought about stopping.  But the idea that I hauled an extra 1250 pounds for no reason made me crazy.  So I added the fourth layer. 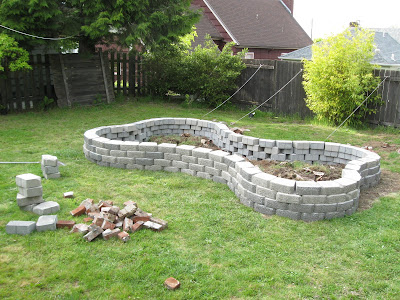 It's such a BIG bed (seriously, what was I thinking?) that I think having it this high (16 inches) makes it look out of scale with the yard.  Or like I have a giant rock moat.
But I have a lot of tall friends who would be more comfortable sitting at 16 inches!
But I also have friends with kids who would likely prefer climbing on a shorter wall!
I've completely lost perspective.  Please tell me what to do:


poll by twiigs.com
Posted by Heather