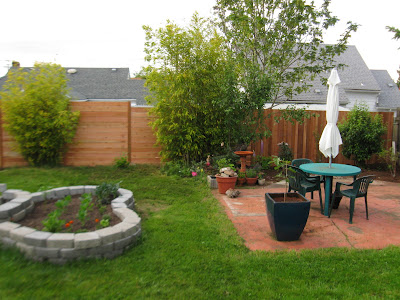 I have privacy!  I have a fence!  Two different kinds!
Why?  It's sort of a long story.
Basically, I never noticed that there's a dramatic elevation change as you move from the yard on the left to the yard on the right.  It drops about two feet along the length of my yard.  So when the ten foot posts went in, down in the neighbors yards, they were really sort of short on the right.  So short that if I put in the horizontal boards up like I planned, the fence would be under five feet at the right side.  So we put a vertical board fence on the right (it matches that neighbor's other fences) and a horizontal board fence on the left. 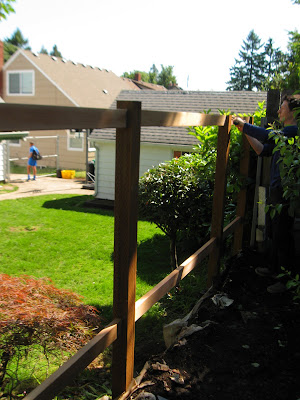 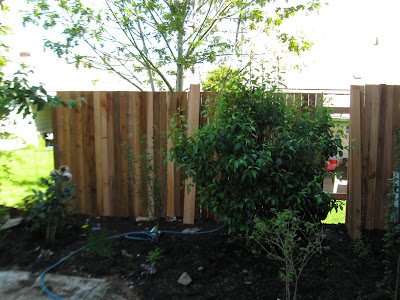 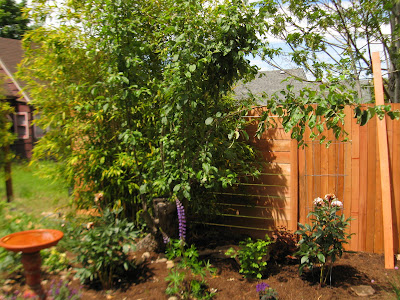 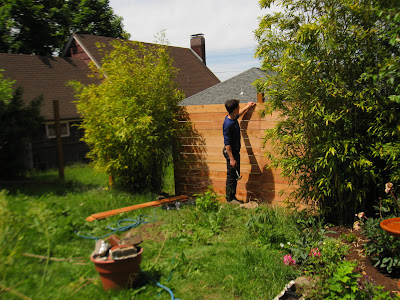 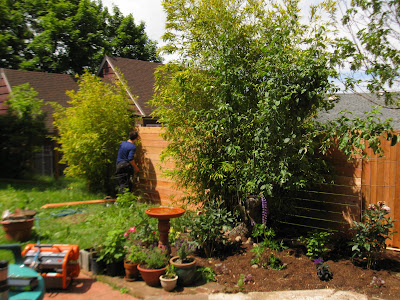 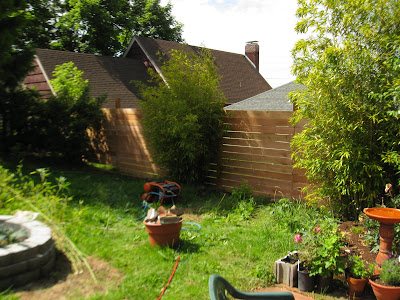 My friend David, he of the arbor vitae removal, lent his expertise and helped me build this.  I have the most amazing friends. 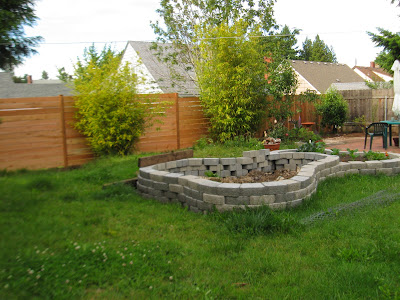 I can't tell you how heavily this project was weighing on my mind--there was an issue with the corner post that I'll write about later and it seemed like weird things kept coming up.  For an entire year I've had this stupid fence hovering over me and it's like a giant weight has lifted.  Did I stress about this fence more than was necessary?  Absolutely.  But, you know, this is me we're talking about.  Being tightly wound is my thing. 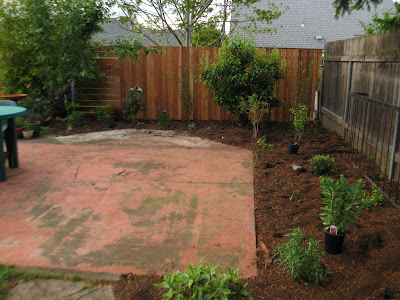 My friend T remarked that the vertical boards make the patio look cozy, like an outdoor room.  That's officially the new reason we did it this way!

I'm hoping to sweet talk my Twitter friend Lelo to help me pick out some shrubs to fill in the gaps around the perimeter of the yard so that someday I won't even see the fence.  Hooray for getting back to obsessive plant ogling!
Posted by Heather