The weather has been awful here.  I'm starting to feel like those children in the Ray Bradbury story where they live on Venus and only see the sun for two hours every seven years.  I obsessively check the weather widget on my iPod and expend more emotional energy than is necessary fretting about rain.  A friend has taken to calling it Junuary.

You know who doesn't care about the rain?  Lupine.  Lupine is the big dumb hippie at the festival, high on mescaline, STOKED that it's raining again.  We're having a party! 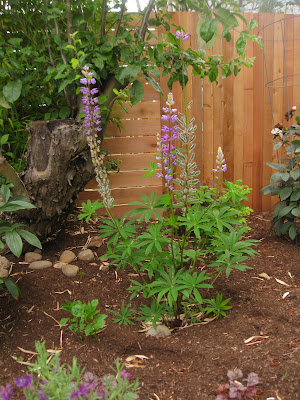 My penstemon is also doing well.  I'd read that they don't usually bloom the first year after being transplanted but, lo and behold, the start I put in two months ago is blooming!  I think it's because I bought this plant from the Master Gardener sale. 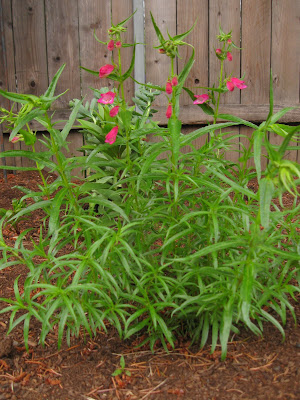 Heather, this has nothing to do with light fixtures, you're thinking.  I know!
Rain was forecast so I had written off yard work for the weekend.  I decided I should clean the house, which meant I ran around doing anything I could to avoid vacuuming.  I recently ran across a fixture I bought at Ikea last summer in the basement.  I have no idea where I was planning on putting it.  Why not put it in the bedroom?  Not that the existing fixture wasn't awesome: 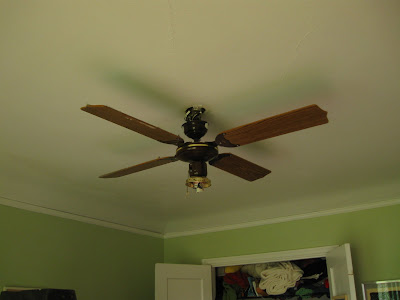 The glass part that should hide the bulb was missing, so I had a bare bulb hanging from a very dirty ceiling fan that wasn't properly anchored so it heaved and chugged if you tried to use it. 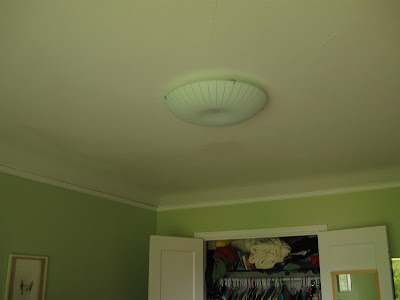 That's just a little bit better, right?  WHY DIDN'T I DO THIS A MILLION YEARS AGO?
Posted by Heather