Design on a Dime, eat your heart out.

I finally got around to shimming the bathroom door.  It was really hard to get the lock to latch and you had to lean your body into the door to get it to close.  I used a cardboard box, cut to spec, as a shim: 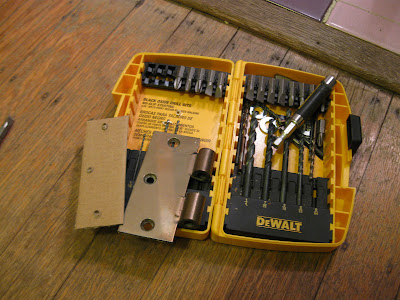 A shoe box, to be specific. 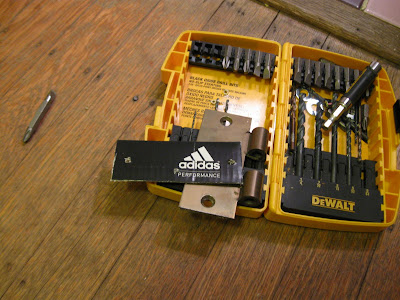 Then I removed the door and installed the cardboard behind the hinge hardware.  Now it latches like a pro and I got to yell at myself for not taking the five minutes to do this a year ago. 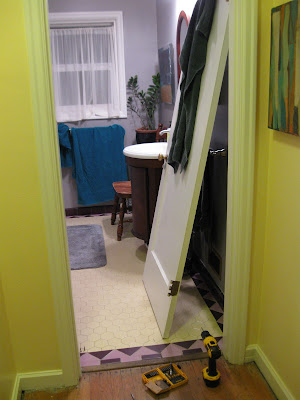 The toilet was still rocking, even though Bill and I had changed the wax ring on it.  Aren't you glad I never documented that?
I bought toilet shims but they were so fricking huge that I couldn't use them.  All I needed was a single dime in the back. 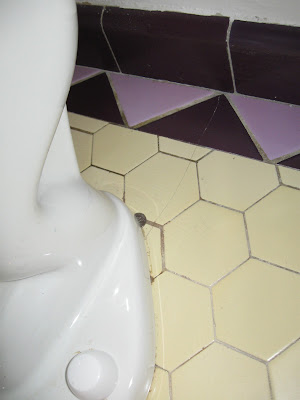 How good does that look?  I know, I should loosen the floor bolts and wedge that dime under the toilet all the way, but I can't get those stupid bolt caps off.  It's funny because that's precisely why I bought them.
But! The toilet doesn't rock.  FINALLY.
For my next trick I will update my kitchen using nine pennies!
Posted by Heather