Back in 2010 I had the fireplaces professionally cleaned specifically so I could light a fire for Thanksgiving. We have two fireplaces: one upstairs in the living room and one in the finished portion of the basement. They have separate smoke chambers that run side by side in the same chimney.

Our basement room started filling with smoke shortly after I lit a fire in the living room fireplace. Either the deformed damper that was permanently stuck in the open position downstairs was sucking in smoke from the upstairs chimney OR we had a crack or break in the brick/mortar between the two smoke chambers. Regardless, we never used our fireplaces again because I couldn't afford that kind of work at the time.

We decided to splurge and have gas inserts installed in the fireplaces, which would bypass the need to replace the dampers or deal with cracks between the two smoke chambers. I got three bids and ultimately decided to go with All Fuel. I felt like they really took everything into consideration, including how to deal with the curved front of the fireplace downstairs. 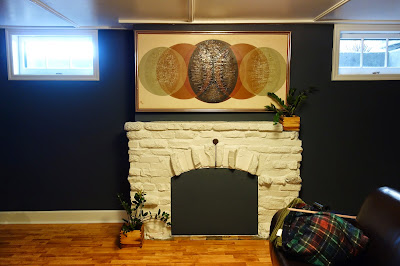 In order to comply with code, we had to install a hearth in the basement. We used Neilson Construction and I couldn't be more pleased with the job they did.

Just for fun, let's look again at what the fireplace looked like when I moved in. 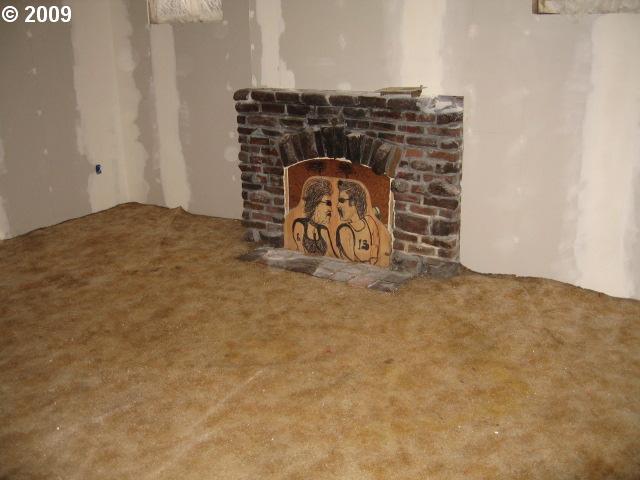 The previous owner had installed a hearth, poorly and incorrectly, and it broke up when I accidentally hit it with a floor scraper. Hall and Oates were sort of blocking the cold air that came in because the damper was deformed and stuck in the open position. 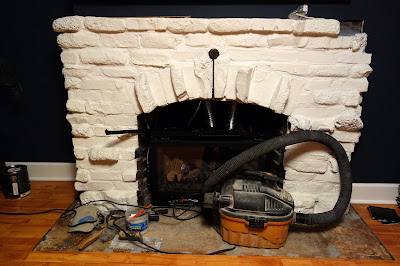 The flooring was cut away to accommodate the new tile. You might be asking why we went with a hearth that's wider than the fireplace. When we installed the laminate flooring we couldn't get the flooring flush with the curved, irregular bricks of the fireplace, which left a 3/4" gap on the sides. It was too irregular to use something like quarter round (and that would've looked dumb, anyway), so I decided to have the guy tile around it. I wish I had a picture of the gap but I somehow missed that spot in the 1.4 billion photos I've taken of this house.

I also went looking on Houzz and it turns out an extra-large hearth isn't all that abnormal. Yay! This would've been a fun time to install some funky tile but I really just wanted this hearth to look like it had always been there. We found tile that exactly matched the 6" x 6" tile upstairs and went with that.


Tom, the tile installer, hand cut all the tiles to fit around the clinker bricks. I swear I almost wept when I saw what a meticulous job he did. I want to retile our bathroom NOW before he retires. He seriously rocked this job. 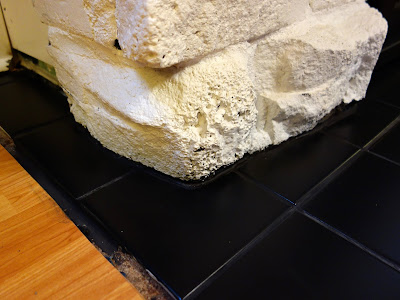 All Fuel took the wood piece we had covering the firebox and had a metal fabricator create a perfect match. They had to grind away some of the brick edges to get everything to sit flush. They told me that this was one of the most challenging installs they'd ever completed.

And here we are now. 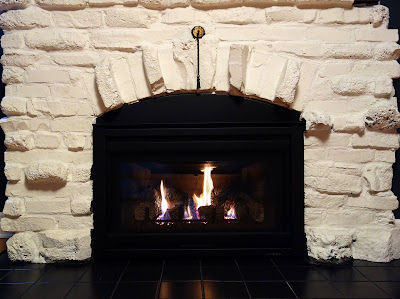 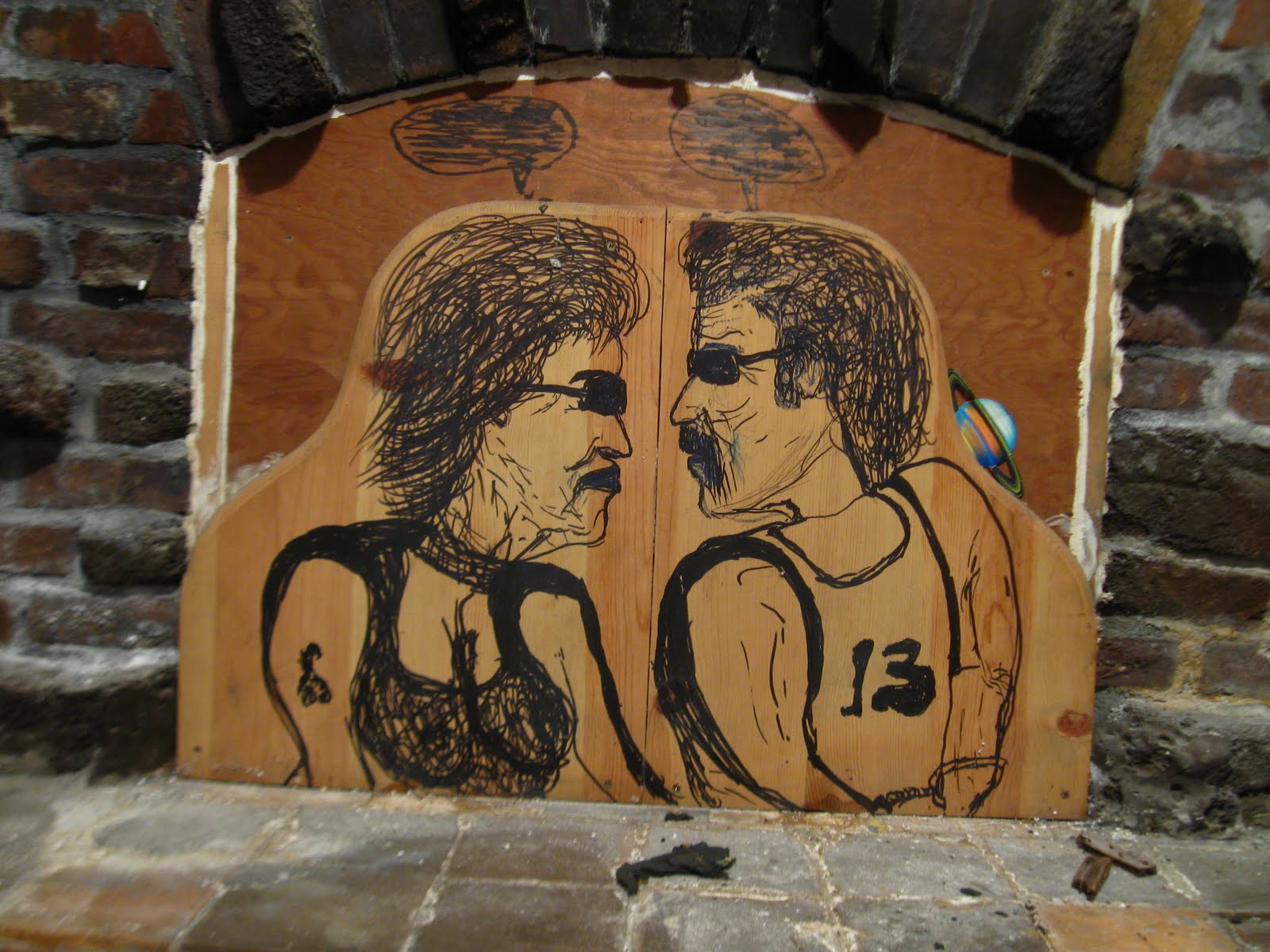 
Now, to the living room! Upstairs we were missing a tile. 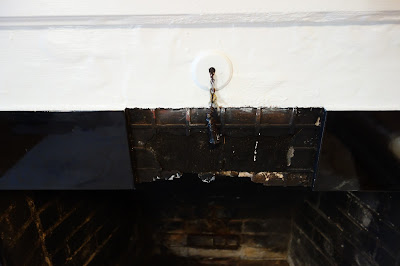 The tile is all original to the house and it's unlikely we'd be able to find a match. We opted to pick out new tile that looked almost identical, then had them chip out the old. They left the granite corner pieces, which are still in fine condition. 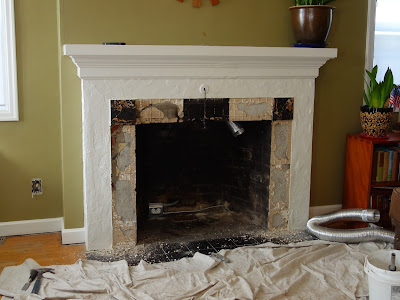 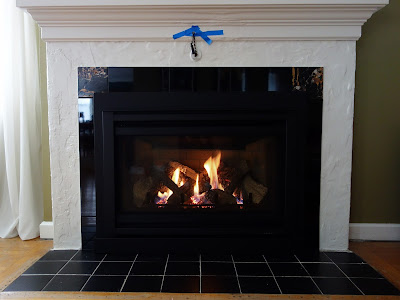 Now I just need to stain the hearth grout (they informed me that it was originally charcoal colored and has bleached out over the years) and we should be good to go.

I want to reiterate how great All Fuel was to work with. We had to wait about three weeks to get a bid from them and wait a little longer for install, because they are in such high demand. Their bid was $2000 less than Jacobs and they covered all the little things that make these projects better. They wear booties in your house so they don't gunk up your floors. They put down drop cloths. They are very communicative about what they're doing, when. They are unfailingly nice and very clean. Someone picks up the phone right away when you call. The install takes three days total and this was probably the least stressful project I've ever endured (for the record, insulation was the most stressful).

Likewise, Tom at Neilson Construction was fantastic. There were several times when I asked for things (extra cuts! more tile!) that created more work for him and he cheerfully gave me exactly what I wanted. He was so easy to work with.

If you need me, I plan to be camped out right here for the next few months. 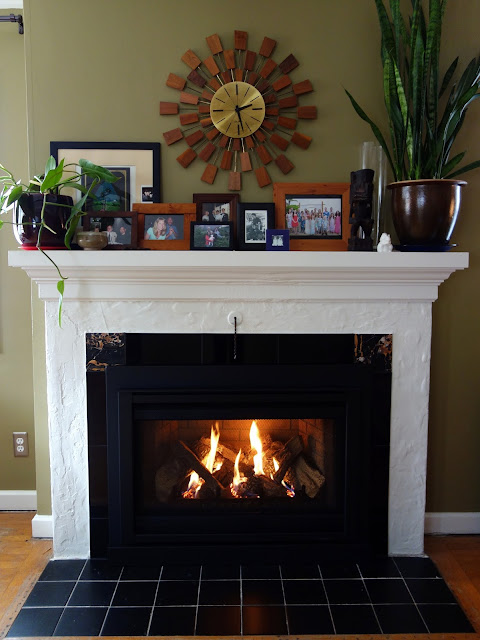