Want to build your own rain garden?

Hey Portlanders! If you've ever been interested in building a rain garden on your property, now's your chance! 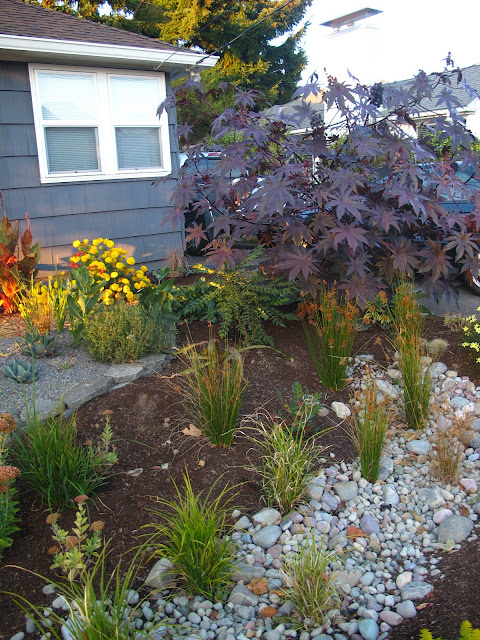 There will be a free Rain Gardens 101 workshop on December 1st. I took this class last year and it was excellent. They give you all the tools to plan and build your rain garden and the presenters are great. 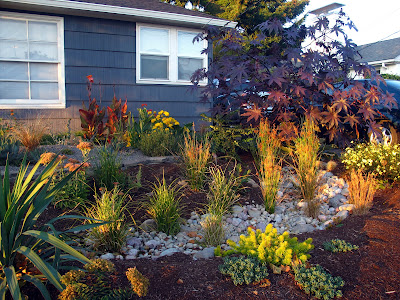 My friends have a phenomenon we call "hippie trump." You know when you go to a barbecue and someone asks if there are veggie burgers and you're like, "Yeah, I picked up some from Whole Foods," and then someone else is like, "You know, their oats aren't locally sourced. I made some from scratch. They have bulgar wheat and organic mushrooms," and then someone else is like, "Oh, that's cute. I brought homemade ketchup that I made from tomatoes and onions I grew in my garden, using a bike-powered blender." 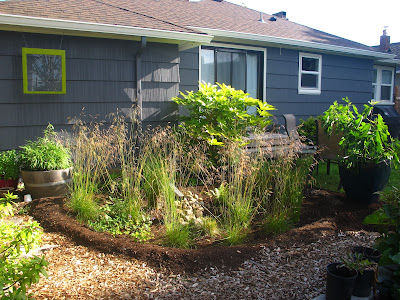 Rain gardens are the ultimate hippie trump. You do our rivers and streams a solid all winter long, the birds and butterflies love them, and when your native purist friends ask why you're growing agaves (BECAUSE THEY'RE AWESOME. GOD.) you can be like, "rain gardens, bitches."

I also think they're pretty and topography changes in the landscape only up the interest. And they are really fun to watch fill.


Can you believe my castor bean plant was ever that small? Can you see it? 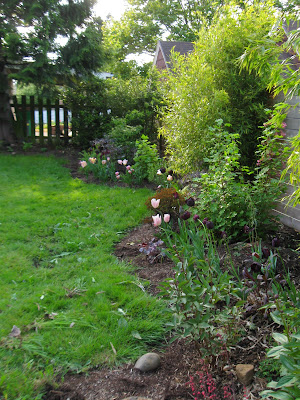 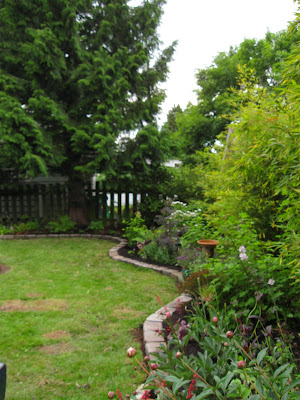 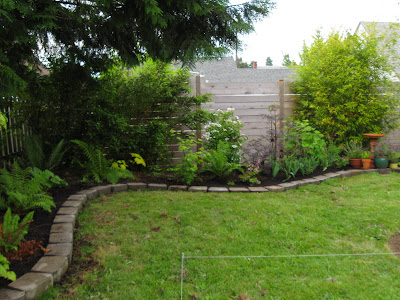 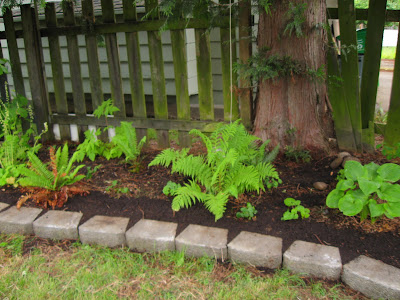 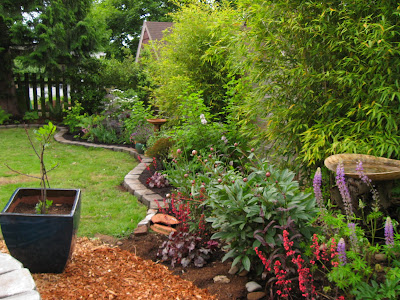 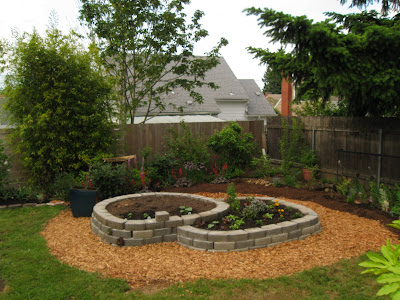 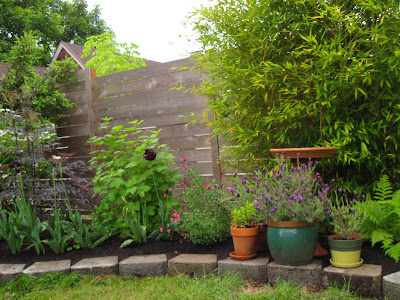 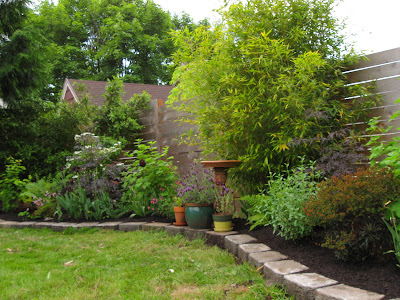 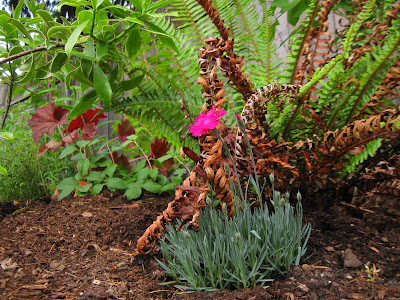 And my Farewell to Springs bloomed this weekend! Oregon, LISTEN TO THE WILDFLOWER. No more rain, please. It's time for summer.
Also: I figured out the secret behind Colony Collapse Disorder. All the bees are in my yard. Sorry about that!
Posted by Heather 7 comments: