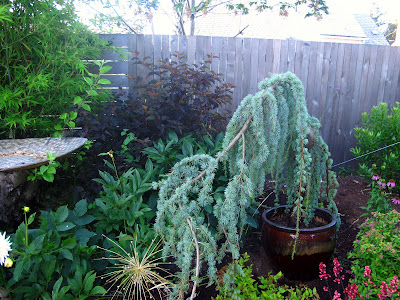 Greg, always the pragmatist, thinks it will get too big here and compete with the Cryptomeria. I think I want to plant it here anyway. Mature plant sizes be damned!
Posted by Heather 7 comments: