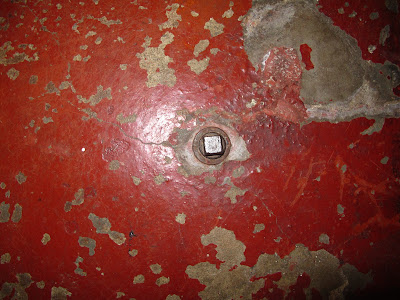 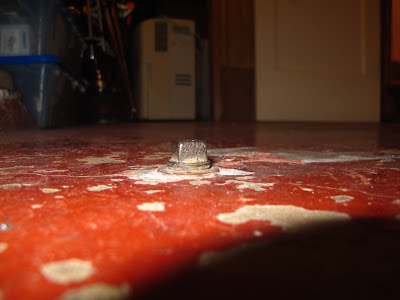 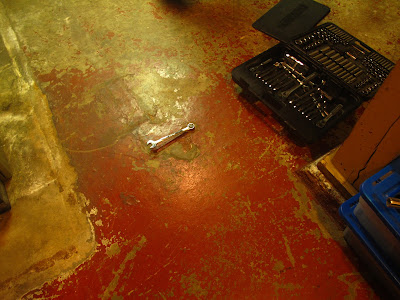 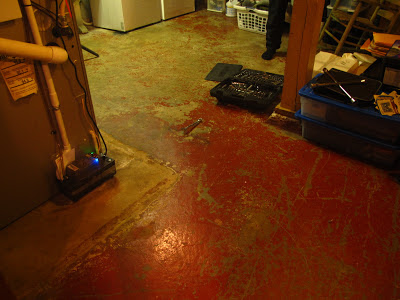 Anybody seen anything like this is an old house? Is this a portal to hell? An important bolt for an underground natural gas line? Does it involve the post right there? Any ideas? My foot is bruised and sore and I'm ready to take a jackhammer to it.
Posted by Heather 18 comments: