I'm apparently worse at math than I thought.

Filling the smaller, lower section of the vegetable bed took about two cubic yards of soil. 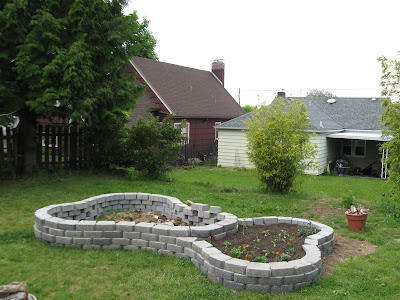 I assumed it would take about four yards to fill the larger, taller part.  I also wanted to build a hillock in a section of the yard, so I estimated about five yards of soil.

Oh man, that's a LOT of soil.  Like, a crazy amount of soil. 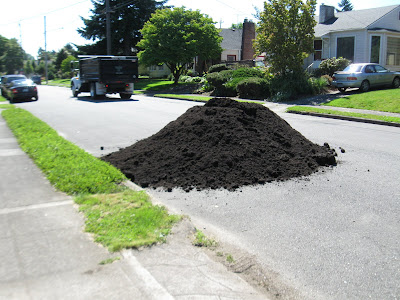 It's way way way too much soil. 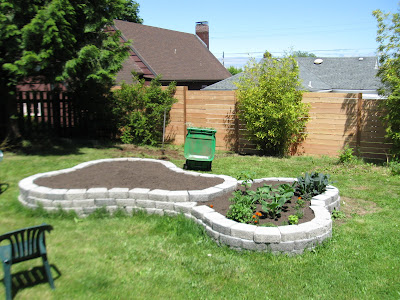 I got the second part of the bed filled and had barely made a dent in the pile.  So I started digging out the grass from the area where I wanted the hillock.  My neighbors were concurrently using a sod cutter to do the exact same thing in their yard.  I felt like a sucker, doing it by hand, until they encountered problems five minutes in and spent half the day trying to get the machine to work. 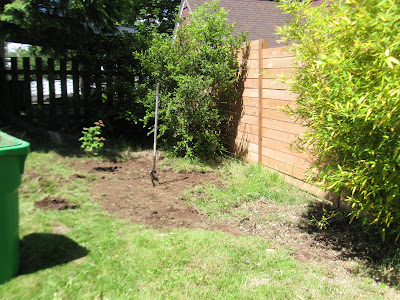 I had it all cleared before they finally gave up on the machine. 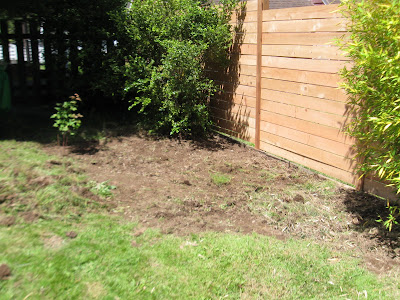 Then I started piling soil where the yard sloped dramatically back toward the fence.  I decided to embrace this dip and just designate the dipping area as a mulch zone.  Trying to mow the lawn in this area caused the lawnmower to accelerate dramatically down the hill toward the fence.  It looked bad and it was frankly dangerous.  I'm accident prone and I was probably close to losing a toe. 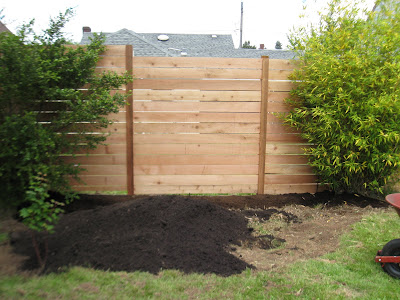 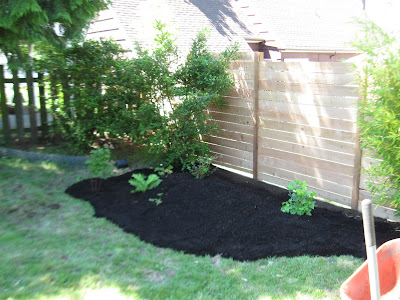 I grabbed some extra ferns and bleeding hearts I had lying around and put them in, along with the flowering currant and ocean spray I bought for this spot. 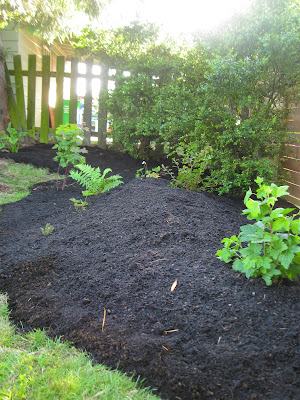 I picked up a hosta and a Little Honey oakleaf hydrangea for this dry, shady area.  I think I'm going to move the hydrangea over to the right a bit and plant some foxglove, wild ginger, and maybe an akebia (a vining plant that smells like chocolate!) to twine up the fence. 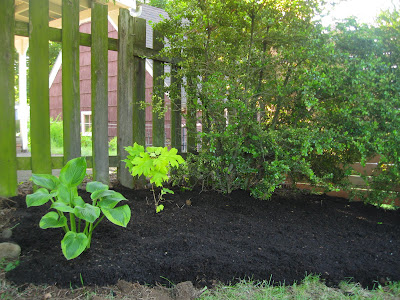 I need to get some color over here, yes?  And then I want to put in a bench so people can canoodle in this corner of the yard.  And then I think I'm going to replace the no-privacy fence.  Because I have the fever.  The fever for spending more time and money on my yard.
Posted by Heather No comments: 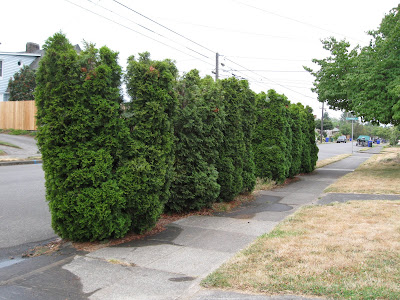 They were replaced by the teensy tiniest Japanese bloodgood maples. I'm now accepting bets for how long it will take for one of the neighbor kids to hang on them and damage them. 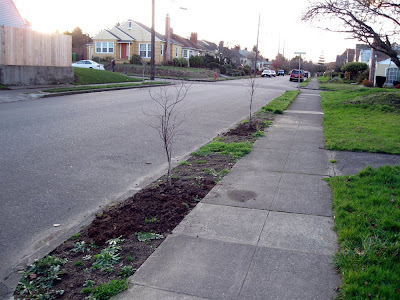 This picture also serves as proof that there is absolutely no reason to water your lawn in the summer.  It comes back just fine in the fall!  I highly recommend digging holes on Thanksgiving weekend. All the rain makes the ground very soft and the extra turkey weight helps with the shoveling.

I also did some planting in the side yard: shade loving ferns, bleeding hearts, and hostas. 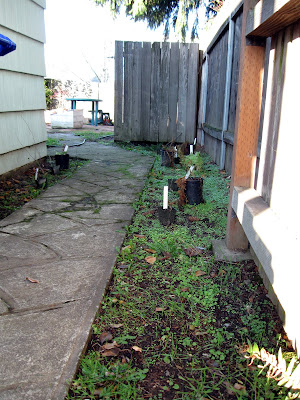 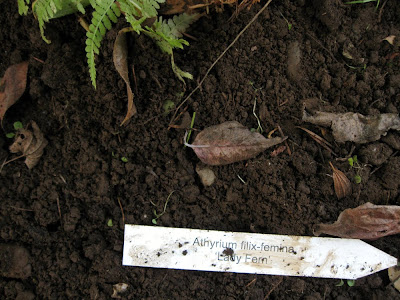 No trampy ferns in my yard.  These ferns are *ladies*.