Summer in the garden

Most of the late summer action is going on in the front yard. Things are finally filling in. The castor bean is almost as tall as me (5'6"). I've given it ample water and fish emulsion, and of course the weather cooperated. I didn't think I believed in annuals but I have been converted. Totally worth the money. 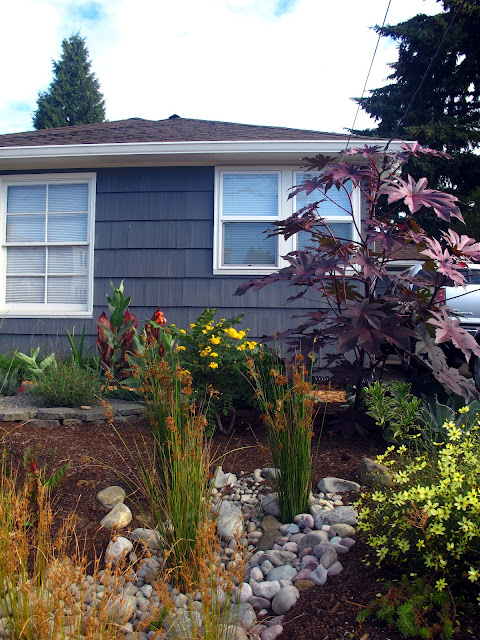 This blue alkanet (Anchusa azurea 'Alkanet') may have been planted too late in the season to get blooming out of it this year (come on, Indian summer!) but I really like the form of the foliage. It's so cheerful. 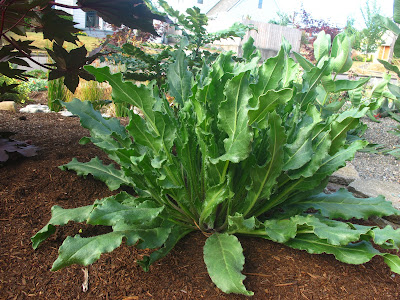 Agastache 'Ava' has not disappointed. The form is incredible and I never have to water it. My only wish is that the color was hotter. 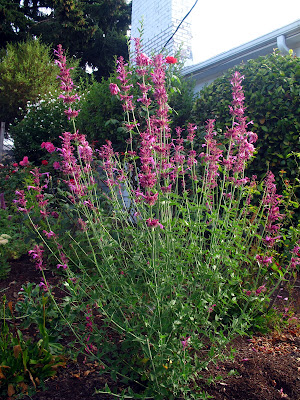 In the backyard it looks like we *might* get mature figs this year. Everybody cross all your fingers! 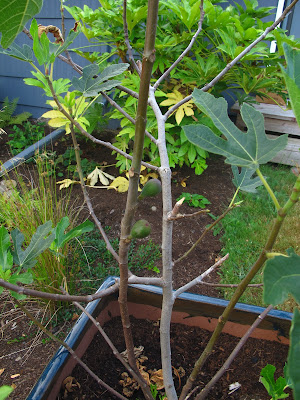 I tucked some agave pups into the wheelbarrow planter. So far, so good. 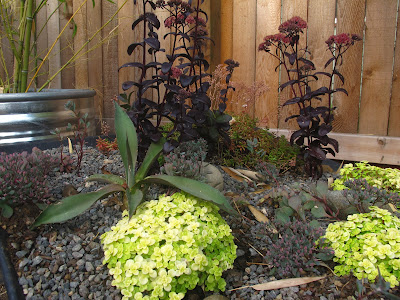 This sedum combo was sort of an accident and I'm digging it.

In bummer news, the stalks of Sedum 'Frosty Morn' that I Chelsea chopped didn't bloom. The long floppy stems are blooming but they look really leggy. I might chop all of them next year, since I prefer their foliage. Has this happened to anyone else? All of the other sedums that I pinched back bloomed normally. 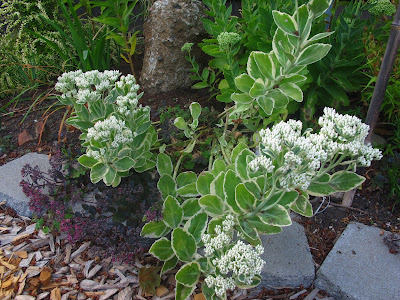 Sometimes, when your boyfriend is very mischievous, he'll leave these creepy bamboo roots that look like creatures from a Guillermo del Toro movie lying around and scare the shit out of you. Punk. 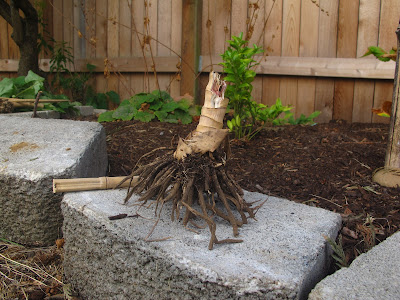 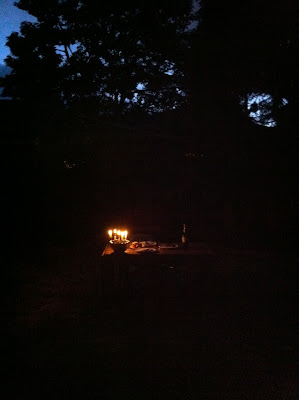 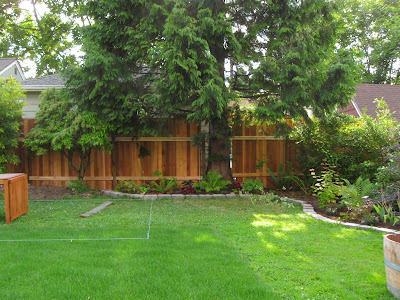 We both agreed that we want to get the deck built early next summer, hopefully by May so we can spend the rest of the summer just enjoying it. And having dinner parties on it. Maybe kayaking on it. Definitely eating artichokes on it.
Posted by Heather 8 comments: