The Michelle Duggar of agaves

I was deadheading yesterday and I noticed that I had some agave pups that I could relocate. When I looked closer, one agave had a petticoat of pups that you could barely see, they were so smashed underneath. I actually had to dig Mama Duggar up, unwind all the pups, and put her back in the ground.


All but one of these came from this agave.


I thought it only right to give them names. 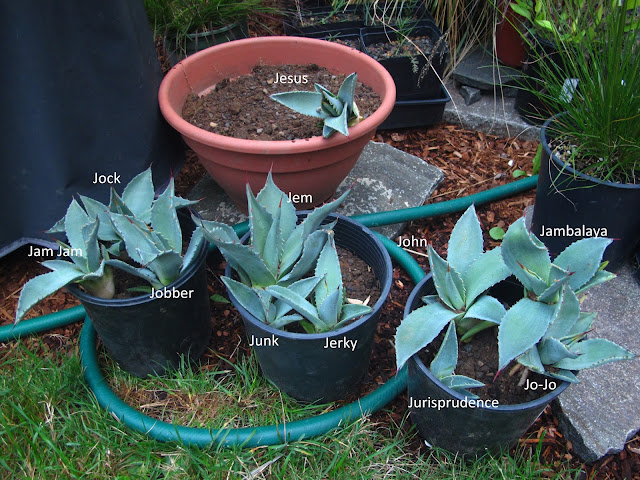 Edited to add: if any of you are unfamiliar with the Duggars, they're an obnoxious family that had their own show on TLC because they had 19 kids, all of whom were named with J names. She was going to keep having babies "as long as the lord wanted her to." Now they lobby Congress to outlaw birth control. Ick.

Now take it easy, lady. You've given me something to take to the next plant exchange! Your work here is done. 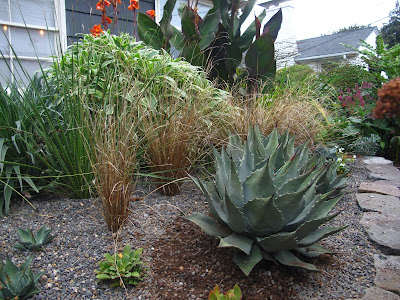 How's your agave crop this year?
Posted by Heather