There's a new man in my life

His name is Louie. I looooove him.


I went with Scott to the Salem Hardy Plant Society sale two weekends ago, which was GREAT. It was smaller, very well curated, and not super crowded. We were able to go to each and every booth, really look at what they had, then circle back and buy stuff. You paid the vendors directly so there were no mega lines to deal with, either.

Scott and I were making the rounds and he said, "Oh, Heather, look over there . . ." and I RAN to Louie and started running my hands all over the needles. I looked like an idiot and I promptly got a rash all over my arms. I'm the coolest!

I'd just gotten paid the day before so I was feeling like I needed to make up for the fact that I missed the Fall HPSO sale because I was broke. I've been in love with Louie ever since I saw him in Carolyn Kolb's garden.


I always see Pinus contorta 'Chief Joseph' at spring plant sales and I die a little when I see that it costs more than my mortgage to buy a tiny six inch seedling.


Chief Joseph has a superior color in winter but it fades to green come spring. Louie remains a golden beacon all year long. I swear the photos are leaving him so much less golden than he appears in real life! 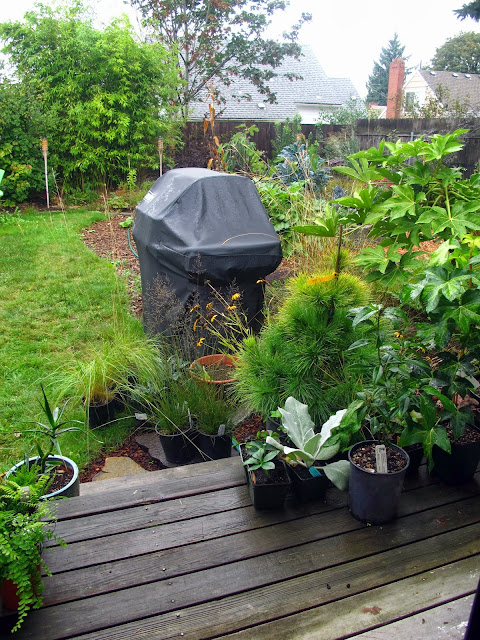 I've taken to storing my newest acquisitions on the back deck so I can make googoo eyes at them from bed. It's gotten a little tight out there. The other adoption that I'm so excited about? 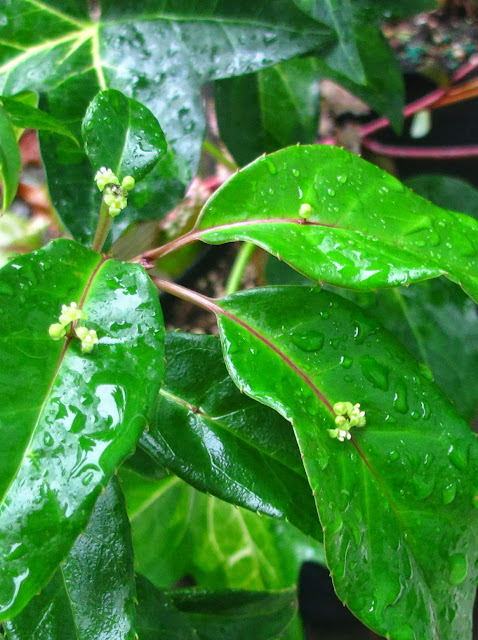 Helwingia chinensis. This is a plant I heard about in Dan Hinkley's "Foliage First" talk at the Yard Garden & Patio show. Those flowers are fused to the leaf and eventually they'll form a fruit: 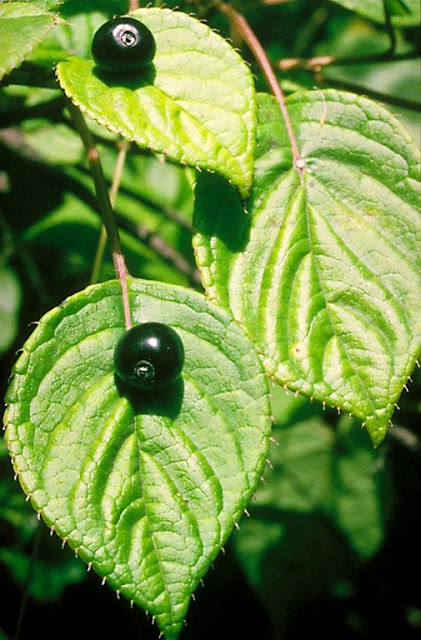 It's evergreen and it's got that pretty purple veining. It's hardy down to 0 and it's available at Dancing Oaks. 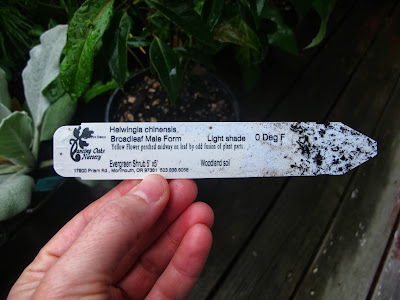 Except, wait. I bought the male form. Does that mean no fruit? Do I need to buy a lady version now? Shit, the Internet says yes. Who wants to take a road trip to Dancing Oaks?
Posted by Heather