Another issue that hung up my closing was the shed on the back of the house.  It was rotting and not truly anchored to the house anymore.  My insurance company required that I remove it within thirty days or they wouldn't cover me.  So instead of installing laminate flooring the boys got to rip apart the shed. 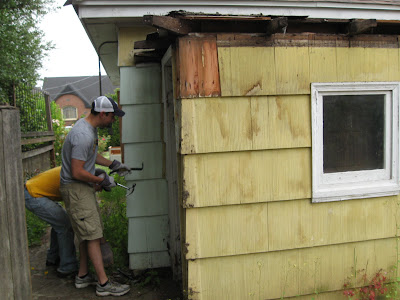 They had such a good time.  After pulling some nails out they decided they could just yank the thing down. 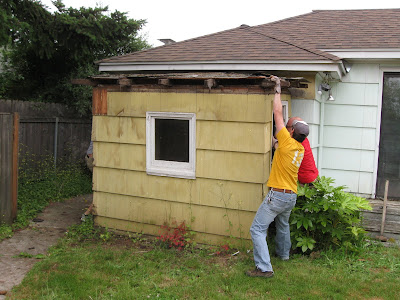 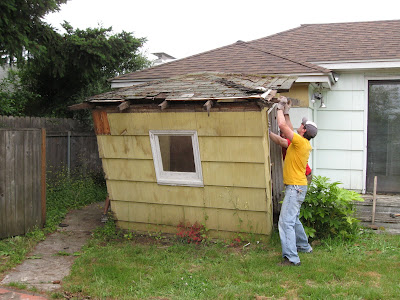 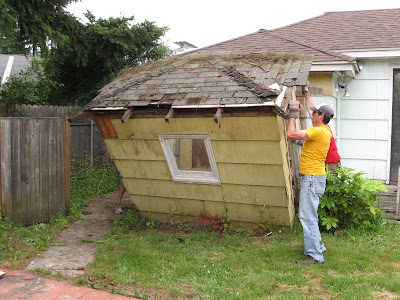 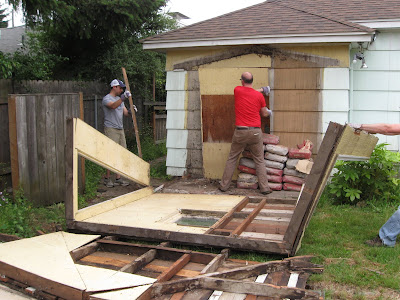 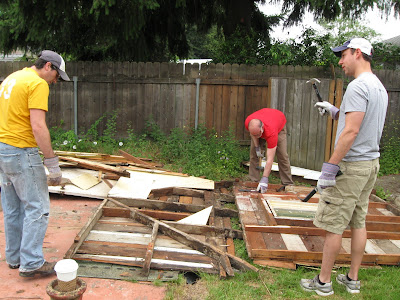 Small problem: I had neglected to think about how we'd get this out of the backyard.  My friend had even stopped by that morning *with his truck* and I didn't even think about swapping cars.  So dumb. A few frantic phone calls later and I was headed to the Home Depot to rent a flat bed truck.  The previous owner had stored 17 bags of concrete in the shed. At some point these got waterlogged, which meant we had about 1600 pounds of concrete pillows to move out of the shed. 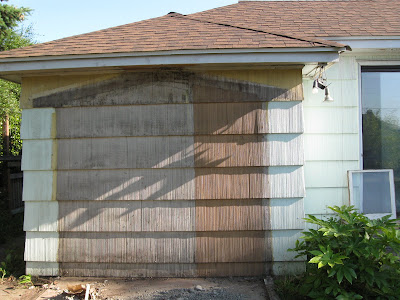 All together we took two trips to the dump, with a total of 2200 pounds of materials.  I mostly fetched beers and took pictures on this project, making these guys very good friends indeed.  My favorite part was when we finished getting all the debris into the truck and Z quipped, "The best part is that they'll never know where the shed was."
Posted by Heather