I painted the kitchen well over two years ago but I never finished painting around the window. I wanted to do a thin stripe of orange or some other funky color . . . but I couldn't find the right shade. So I ignored it and we endured this view for two years.

It didn't help that a former owner had sloppily glopped paint on the outside of the windows, obscuring the view inside. 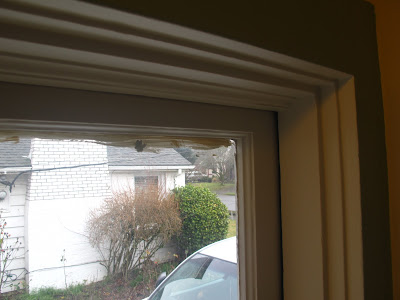 I finally just said, "fuck it," painted the inside white and the outside trim with the color from the basement and called it good. Greg took it to the next level by scraping the outside paint from the windows and Windexing the glass. 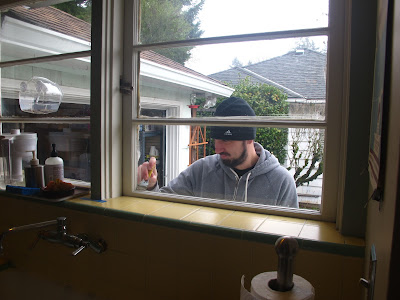 Oh my god, it's like looking outdoors in HD, you guys. The amount of extra light that comes in to the kitchen now is staggering. We were both conflicted about cleaning the windows because we don't want birds flying into them, but then we realized that we have a bird feeder that has yet to be visited by a single bird and that we're probably okay. I have tried so hard to be the crazy lady with all the bird feeders but the birds aren't playing along. 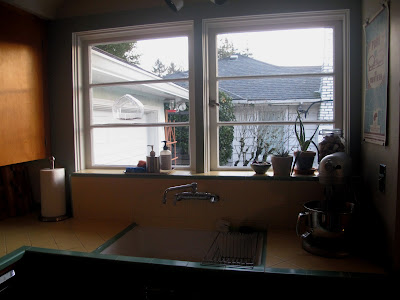 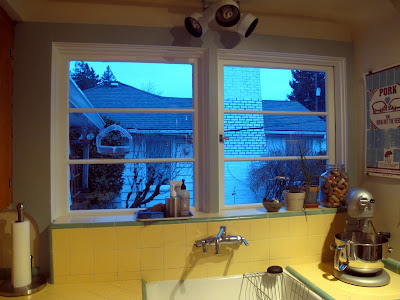 Next up: replacing that awful light fixture (the installers did something VERY weird with the wiring or this would be done already), escutcheons on the faucet, and repainting the kitchen door. And maybe washing the rest of our windows.
Posted by Heather