I moved the birdbath from the backyard to the driveway strip so I can see the birds playing from the kitchen window. I love watching birds in the birdbath. WHO THE HELL AM I ANYMORE? 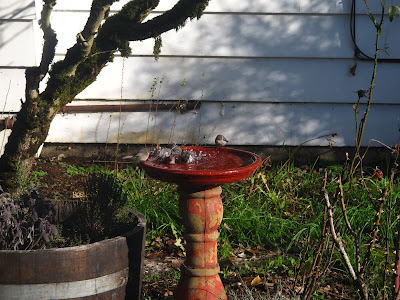 I know I'm really going to tempt the spambots by saying this, but BUSHTITS, you guys!


I'm too old for this shit, he thinks. 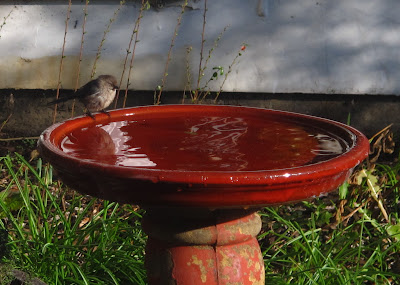 And then this one gave me the stinkeye and I stopped taking pictures.


I'll tell you soon about the other birdbath I bought off of craigslist for $5. It was cracked, put back together poorly, and I had to drive to Cornelius in rush hour traffic to get it. It took 2.5 hours round trip. I patched it with Liquid Nails and we'll see this weekend if it will hold water. If it does? Totally worth it.

If it won't hold water I'm declaring myself barred from using craigslist again.
Posted by Heather