In April a friend gave me a gift certificate to Garden Fever. I'm at Garden Fever all the time and I could've spent it before now but I didn't want to use it on tomatoes or compost or filler plants. I wanted to use it for something special.

I finally got an Agave 'Blue Glow.' I was so excited I bought two. Because I'm a greedy little plant-pig, I wish I had bought three. 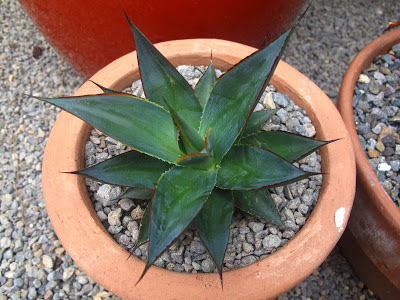 These guys are hardy in zones 9b-11, so they'll have to come inside for the winter. They reach a mature size of 1-2' by 1-2' and apparently they are fast growers. I could have purchased a larger size but they didn't look as nice as the smaller ones did.

As long as we're talking about pokey plants, I thought I'd give you an update on some of my others . . . 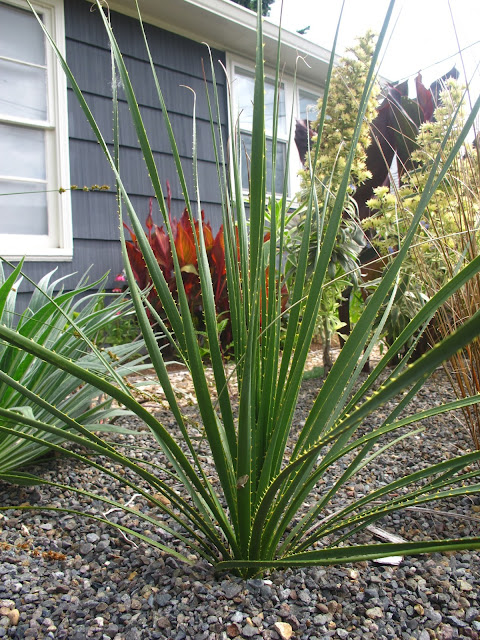 After sitting like a bump on a log for a year, my Dasylirion texanum has pumped out a ton of new growth. He's surrounded by biennials and easily moved grasses, so he'll have plenty of room to stretch to his full size (3' tall by 3-5' wide). This one is hardy down to zone 5 and it hasn't been fazed by the heavy rains. 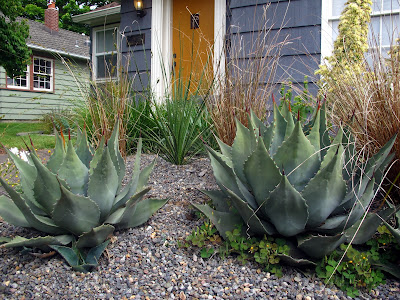 My agaves have gotten hugongous. Three of them are more than a foot across. Too bad about that tenacious petticoat of oxalis, grrr. 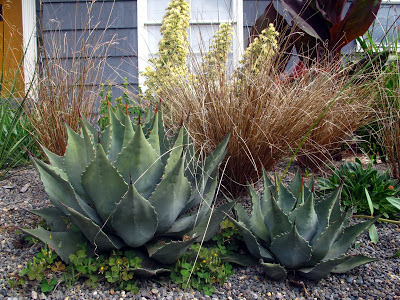 This guy had some damage from the wet spring. He's also a little sheltered by the milkweed and crocosmia, so I don't think he's drying out enough. 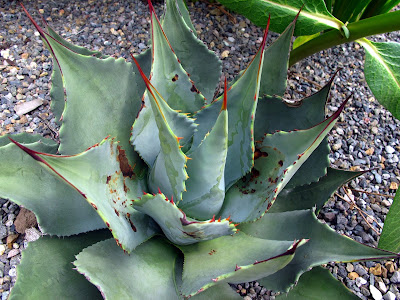 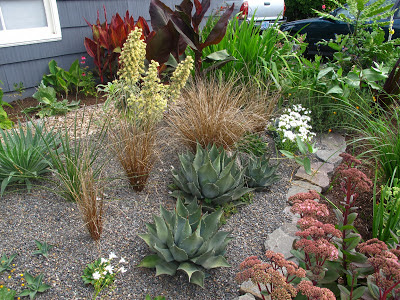 Those low white blooms are Lewisia cotyledon 'White Splendor'. They have been blooming without stop since the first of April. They are hardy in zones 4-10 and only ask for excellent drainage. 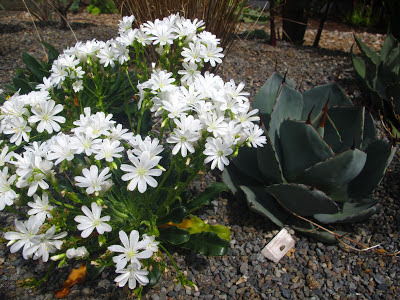 This one's going to get her own MTV show. A baby having babies! You're too young! 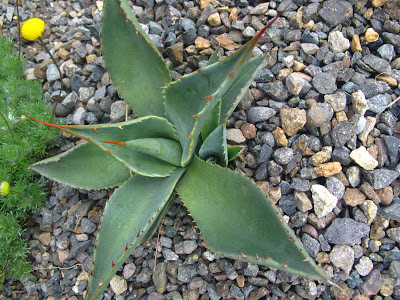 This is a pup I recently unwound from one of the larger agaves and it's only a couple of inches across. They grow up so fast these days!
Posted by Heather