I made you a cedar chip wasteland

I have officially spent two weekends putting out a lot of effort to make a pathway, a pretty simple one at that. Apologies for how many crappy phone pics there are here, I was chugging along and couldn't be bothered to do anything beyond grabbing my phone out of my back pocket.

After we removed the sod along the driveway I needed to dig down a bit so it could hold the cedar chips I wanted here. I was hoping to soften up the ground before I had to dig, so I thought about how to make it rain. A ha, I thought, I'll put out yard debris bags! You know the bags--the ones that get heavy so easily and turn to mush and break if it rains even a little? We put four of those, filled with sod removal scraps, out on the street and of course the heavens opened up. But it made digging easier. 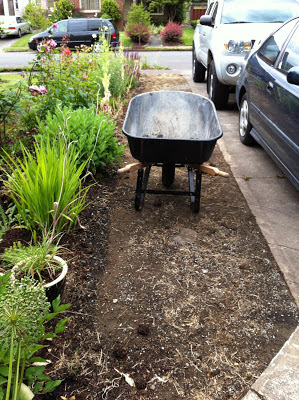 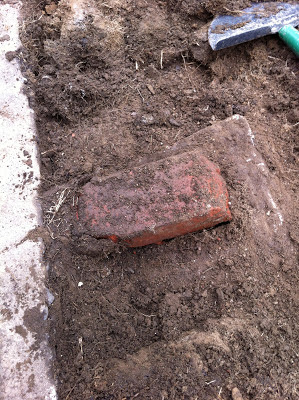 The oil tank that we knew was here. 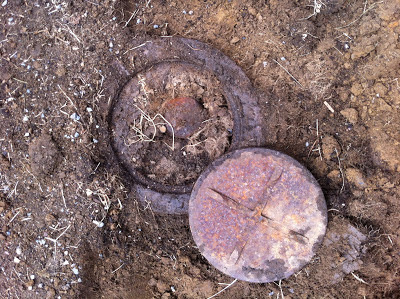 A pretty large cavity, probably from a critter long ago (I hope long ago). 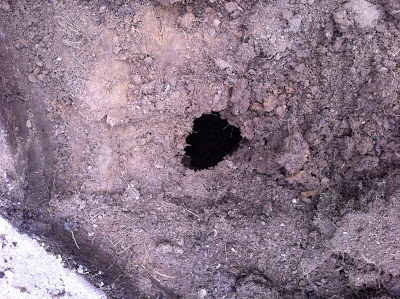 I was like, how can I make sure I move this soil as many times as humanly possible? I know, I'll dig it up, transport it to a tarp under the dogwood, then transport it back to the driveway and into Greg's truck so it can go to the soil recycling place. My back was not amused. 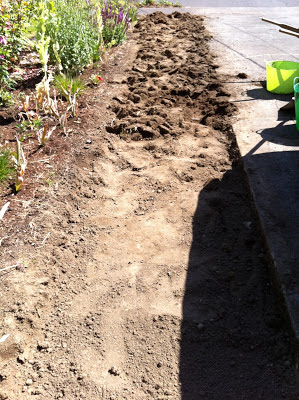 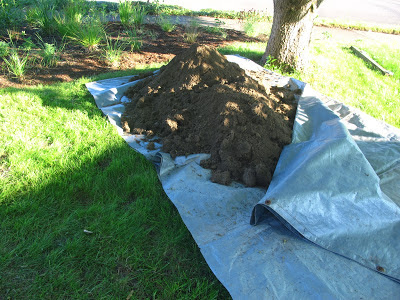 I used thinner, taller pieces of the same rock I've used to edge the beds elsewhere in the garden. I just wanted a simple line to say "chips here, mulch there." 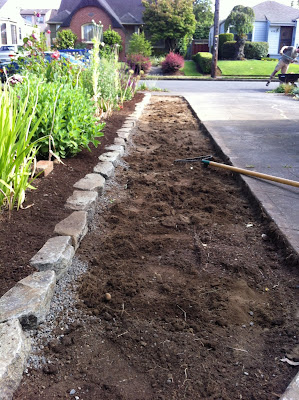 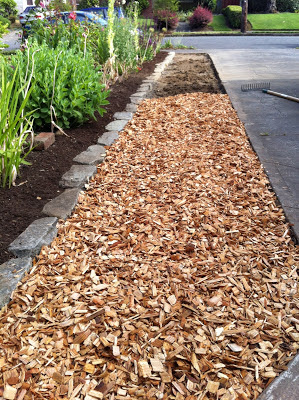 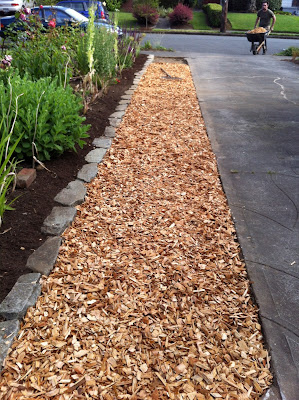 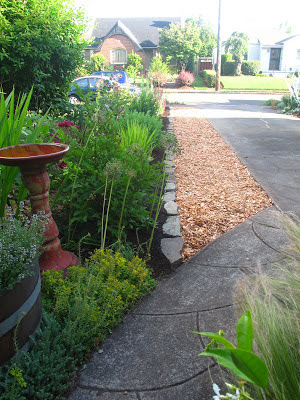 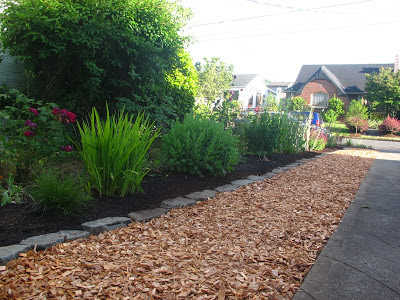 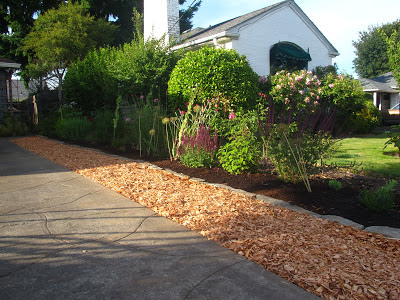 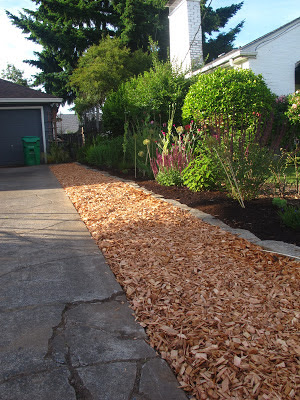 It looks goofy now because the chips are bright orange. I have a skosh more room (just like Levis) in the beds, so I need to rearrange things a bit. It helps that a few weeks back I removed six or seven of the rose bushes here. All the rain had really softened the ground and they popped out with almost no effort. I got a little carried away and started removing them left and right.

Now I just need something low-growing and drought-tolerant to weave through and unify everything.


The best part is that cedar chips break down and feed the soil, so when a future owner inevitably plants lawn here, they'll find the soil to be rich and loamy. Circle of life and all that.

I finished up by vacuuming the driveway. If that's wrong, I don't want to be right.
Posted by Heather