Checking back in on the meadow

When we started the meadow last summer, we just had a smallish area where we cleared the sod. 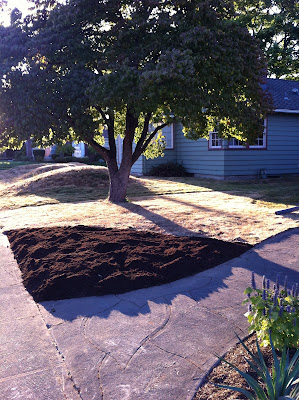 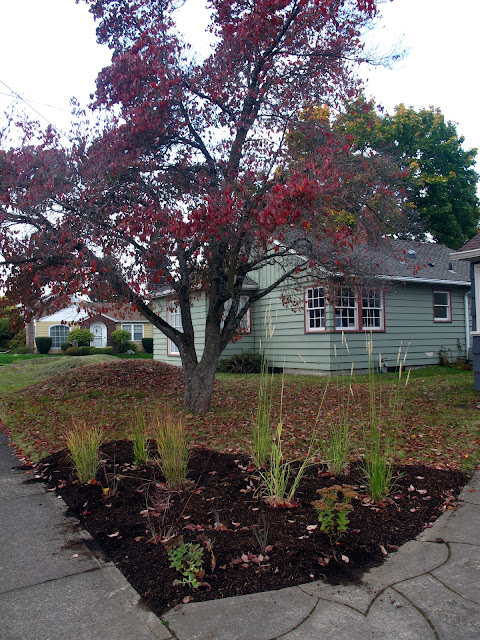 I've been slowly chipping away at the area, removing more sod by hand and sneaking things in. 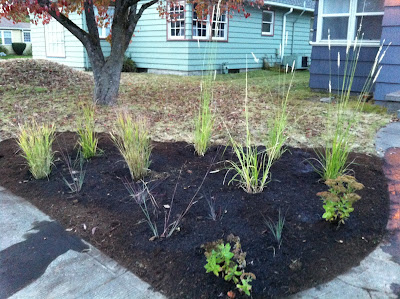 I've snuck a lot of things in, probably too much. Now it looks like this. Behold, my MS Paint skills!

I know, it makes your head hurt. Starting in the front, by the sidewalk, I have two types of sedum. I really needed Sedum 'Matrona' but no one was carrying it this spring. Scott would text me anytime he found some but he'd inevitably say something like, "They have two at Portland Nursery . . . but they're $15.99 apiece."

I randomly discovered that Bluestone Perennials was running a sale on them for $3.75 apiece so I bought 12. I've scattered them throughout the front of the meadow, as well as elsewhere in the front garden to try and unify to the different spaces. The plants from Bluestone were in great shape, beautifully packaged, and they shipped super fast, whew!


I added three Sedum 'Sunset Cloud' to my Bluestone order, a low-growing sedum that supposedly looks nice with purple sedums. I'm really liking it so far. 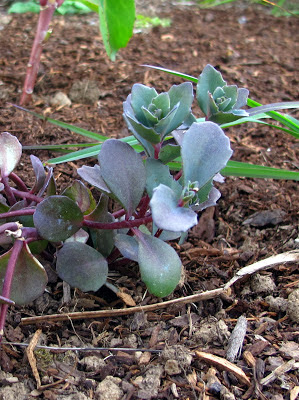 The next height level moving back is made up of the five little bluestems. The coloring, so hard to photograph when they're still so small, is gorgeous. 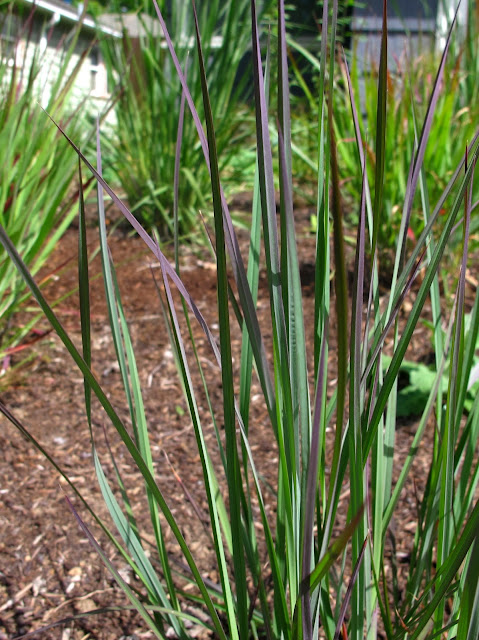 I wanted a color blocked scheme to this planting, so we have the three Panicum 'Shenandoah' behind them. The idea was to get big swaths of color, sort of like this. Scott designed this scheme, I could never do this on my own. 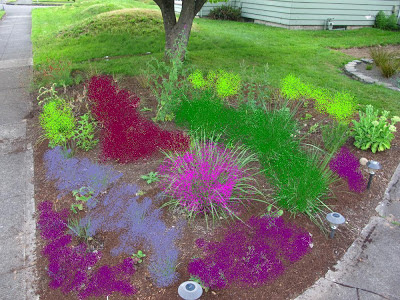 So here's where things went awry. I thought I planted three Shenandoah behind my little bluestems. But then one of them put on a lot of growth during the cool season and started to bloom. This one just didn't look like it was the same grass. 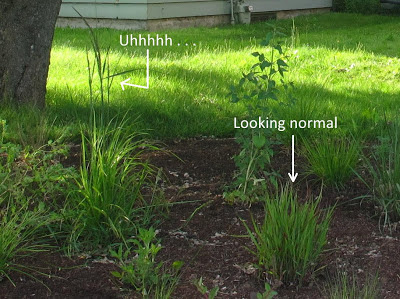 And then I was going through my stash of nursery tags (I snap photos and keep them in a folder online so I can access it from my phone when I'm shopping) and I discovered that I had purchased Pennisetum 'Foxtrot.' Um, where did I plant that?

Maybe I put the Foxtrot here instead of the third Shenandoah? But here's why this is stupid: the grasses were IN BLOOM when I planted them. How on earth did I confuse this?

Anyway. I moved the blooming grass to the backyard and moved what I think might be a Shenandoah to this spot. Everyone cross your fingers! 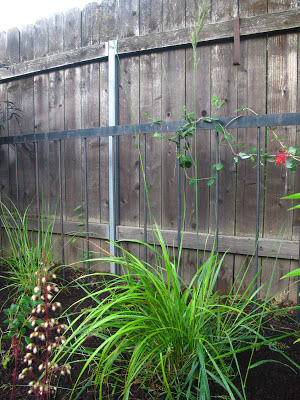 I tucked in a lot of Sesleria autumnalis on the north and south sides of the meadow, since this area will be viewed from both sides. I love the bright green color and Carolyn (of Wind Dancer Garden) says it's tough as nails. It can handle shade or sun, drought or soggy conditions. And it's smaller, so you needn't worry about it eating your garden. 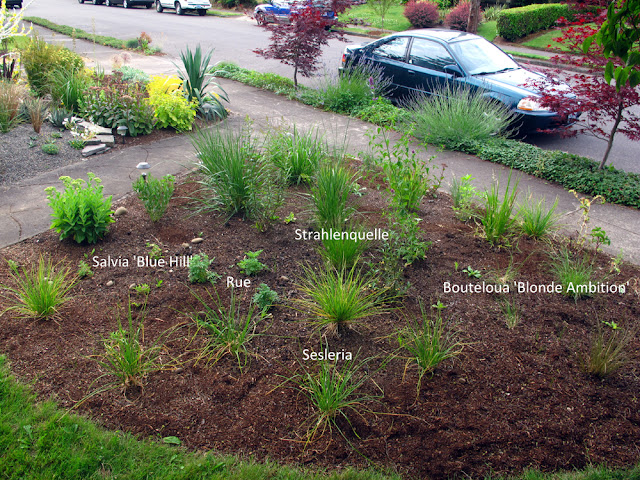 On the back side you'll have a nice view of the Blue Hill salvia and Sesleria planted here. You should also get a nice view of the Molinia caerulea 'Stahlenquelle' I recently acquired. On the right side I've got a swath of Bouteloua gracilis 'Blonde Ambition'.

At the suggestion of intrepid gardener/reader Lynn I installed some rue, in the hope that swallowtails will find it and use it as a host plant. Go ahead and eat it to the ground, caterpillars! I don't care. I tried to find parsley (another host plant) that hadn't been treated with the chemical BT and haven't had any luck. Thank you Lynn, for all your advice.

Now I'm on the lookout for a bench to put under the tree. We don't seem to have a problem with theft on the street but I'm reluctant to drop a lot of money on a bench that could be stolen from our front yard. I was at Ikea recently and they had a reasonably nice one for $99. That would buy a lot of plants/rock/pots so I'm still thinking on it. 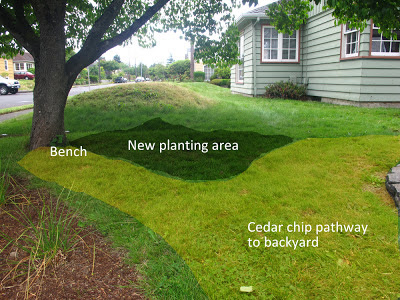 In the meantime, I'm plotting what kind of plants I might want to put here. It's going to be dry and deeply shaded in the summer. I'd love a shrub or something taller to screen out my neighbor's yard. Because I lack imagination, I'm considering what I did under the cedar: a ninebark. I wish there were big grasses that could do shade. Has anyone had any luck putting a ceanothus in deep shade? I had the dogwood professionally pruned recently, so I don't think we can open up the canopy much more. Any input is welcome.
Posted by Heather