There have been magical things happening in the yard recently. The boy and I are were eating dinner on the deck and I interrupted a story he was telling by swearing and running toward the planter. I had caught a glimpse of hot pink from behind the tomatoes, where the coneflower is planted. I planted the coneflower last spring and it never did anything. I had no idea what color the blooms would be. So imagine my surprise when I saw this: 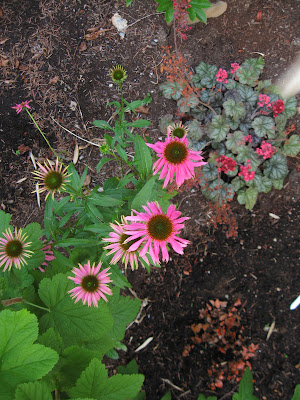 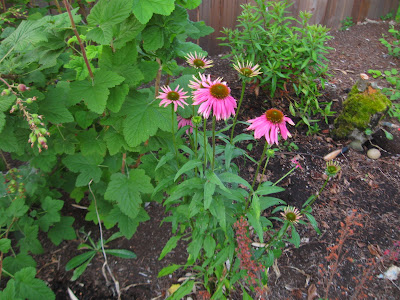 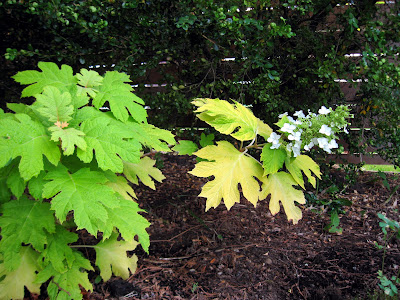 I've planted rhubarb twice before and it failed to thrive; not so this time. It's huge! And it's just going to get bigger. 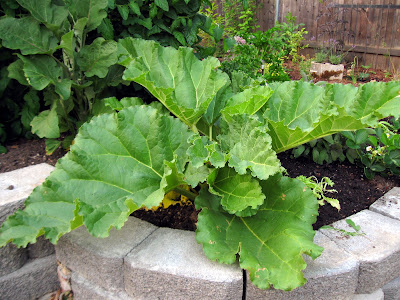 I am so in love with this heuchera. I believe it's Hollywood and it started blooming in early April. The blooms have stayed hot pink (and beautiful) for months and now they've pushed out a second round of flowers. The hummingbirds love them and the foliage is a gorgeous dusty purple. I have some other heuchera varieties in my yard and they're just kind of "enh." The best part of this lovely Hollywood? It was one scraggly plant I bought for $4 at a plant sale that I cut in five pieces and planted. 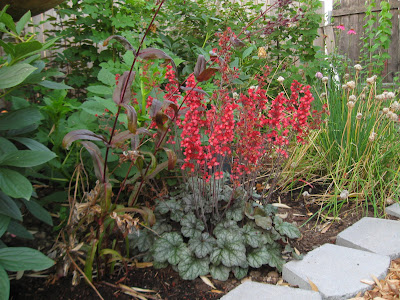 And dahlias! Hooray for dahlias! 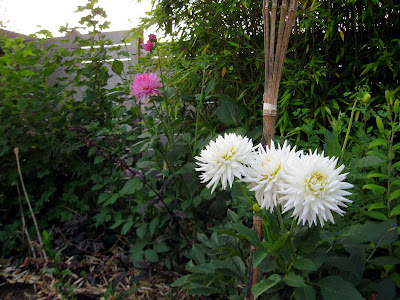 Just one month ago I planted tomato plants.

And now they're doing this. 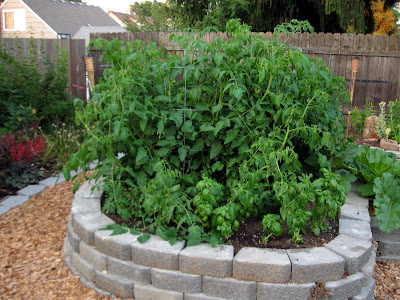 I don't even water my tomatoes! Magic.
Posted by Heather